How to Choose The Perfect Wines For Your Passover Seder 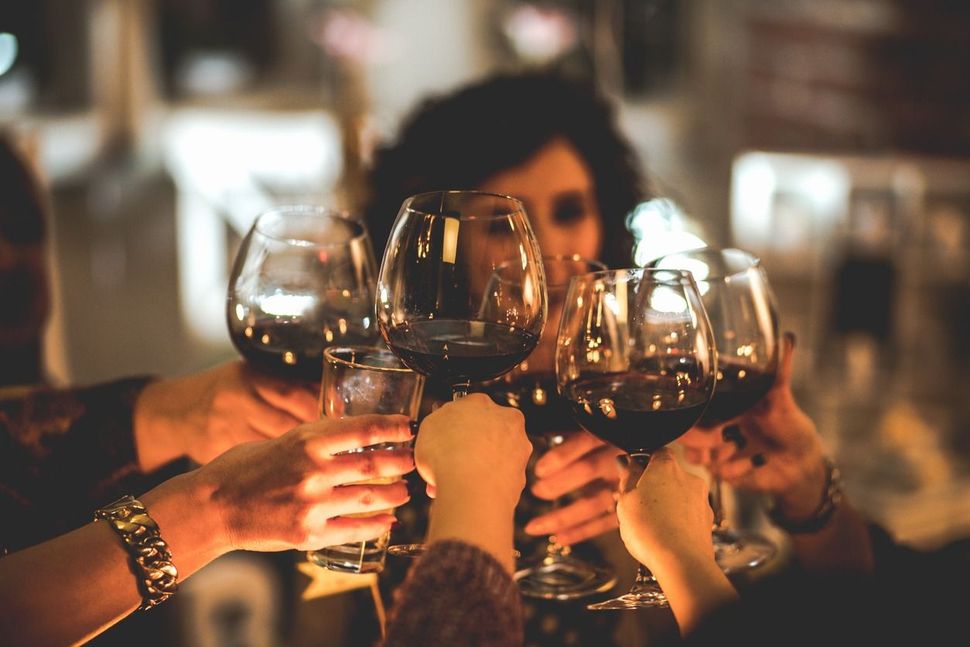 Choosing a wine to accompany any meal can be a stressful experience. And choosing wines for a meal that requires four glasses of wine per guest — that can be downright anxiety-inducing.

But it doesn’t have that way. You can choose delicious and crowd-pleasing wines to accompany your Passover Seder without breaking a sweat — or reaching for the Manischewitz (seriously, just put it down and back away slowly…)

I recently spoke with Jay Buchsbaum, the Executive VP of Marketing and the Director of Wine Education at The Royal Wine Corporation / Kedem (the largest kosher wine purveyors in the world) about all-things Passover wine related. Though he’s been with the company for over three decades, he previously worked with a non-kosher California boutique portfolio of wines: suffice to say that he really knows his stuff. 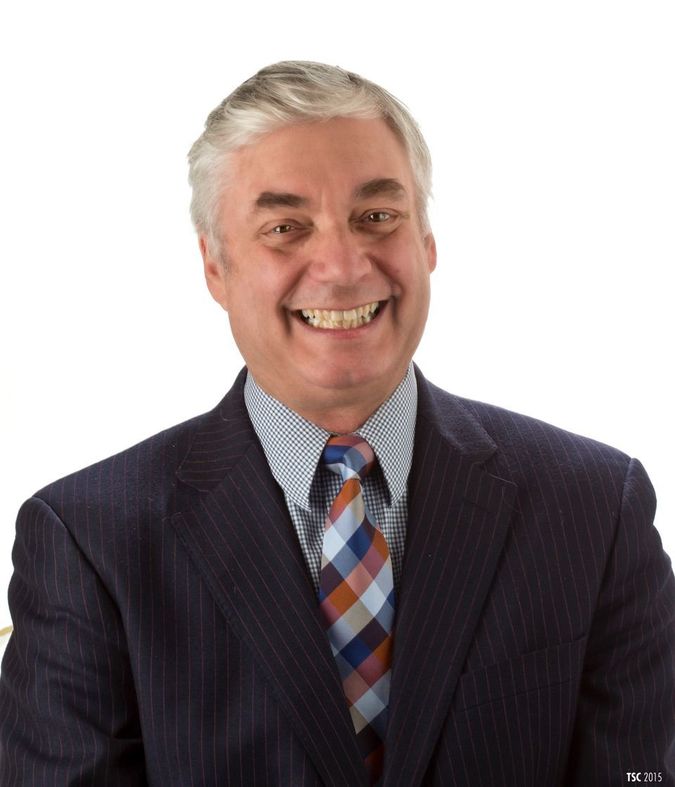 What new wines are you most excited about this year?

Herzog’s Lineage line has a great new Pinot Noir. Winemakers call Pinot Noir the ‘winemaker’s wine’ because it requires a lot more dexterity and talent to make than a Chardonnay or a Cabernet. The grape has very thin skins and the way you handle it is crucial.

What’s great about Pinot Noir is that it is light and elegant, with a light fruit taste and good aroma that’s not in your face. During the Passover Seder, you often don’t get to your meal until an hour or two after the first glass, so this wine is a great place to start.

The other thing that’s exciting about it is that it’s about $20 — it’s accessible both in flavor profile and to a wide range of consumers.

There’s also a white Pinot Noir from Goose Bay — it’s fresh and clean and light. A light rosé is a good wine to start your Seder with because rosés typically have a slightly lower alcohol content than most wines. Jezreel Winery has a beautiful new rosé as well for around $20-25. It’s good for those who like to start with an Israeli wine. Generally, new rosés are not available until April or May because they’re usually harvested in August or later, Jezreel has gotten it to us early — just in time for the Seder night.

What percentage of Royal wines are kosher for Passover?

100%. The only one that isn’t certified kosher for Passover is a Sangria from Spain that contains kitniyot.

What wines are YOU having at your Seder table?

I will decide, as they say in the sports business, at gametime. I go down to my cellar, but I encourage people who don’t have cellars to go to a store that has a good selection and someone that knows their wines. Get an assortment of different wines, but don’t be afraid to change it up when you get to the last minute. Experiment!

One thing that I have in mind in advance is an old standard that I just love: Goose Bay Sauvignon Blanc. It’s lively and fruity without being opulently fruity. It reminds me of the intermezzo ices sometimes served between courses at lavish dinners. I recommend it for the last cup at the Seder so that you can walk away from the table with a fresh lively mouthful.

For the second cup, I look for something to drink throughout the meal. There’s a great Bordeaux that is on the higher end but not ridiculous: the Château Fontenil 2015 made by one of the most famous winemakers, Michel Rolland. It’s made on his private winery that is not kosher, but he makes a small cuvée (batch) that is kosher, and this is the first release. It’s really quite a wonderful wine. It’s the kind of wine that is complex enough and is rich enough to go with a whole wide variety of foods.

On that note, I feel like the old rules about wine and food pairings are antiquated. Nonetheless, are there any hard and fast rules that you swear by?

Yes. It’s not ridiculous that they had those rules. The reason was that, generally speaking, reds were much heavier, richer and fuller than whites — which is still generally true. Meat and poultry are generally heavier dishes than fish and pasta and dairy.

The rule I still go by is to look for wines that will be appropriate to the food that you’re having. The reason you can throw the old rule out the window is because a Pinot Noir that is light fruity and fresh would be wonderful and in harmony with salmon that’s oily, thick and rich.

One should not overpower the other. There are Chardonnays, like the Russian River Chardonnay, that are full malolactic fermented (fermented with dregs still in the barrel) so that they can go with a rich meaty veal or chicken.

On the other hand, Sauvignon Blanc, or the wonderful new Bartenura Pinot Grigio would be overpowered by veal. The latter is perfect with whitefish like sole served in lemon butter sauce.

So my rule is that the wine and the food have to be in harmony. The old rule is only there because of my rule.

What’s the bottle you pull off the shelf for a real wine snob that says, “I don’t like kosher wine”? 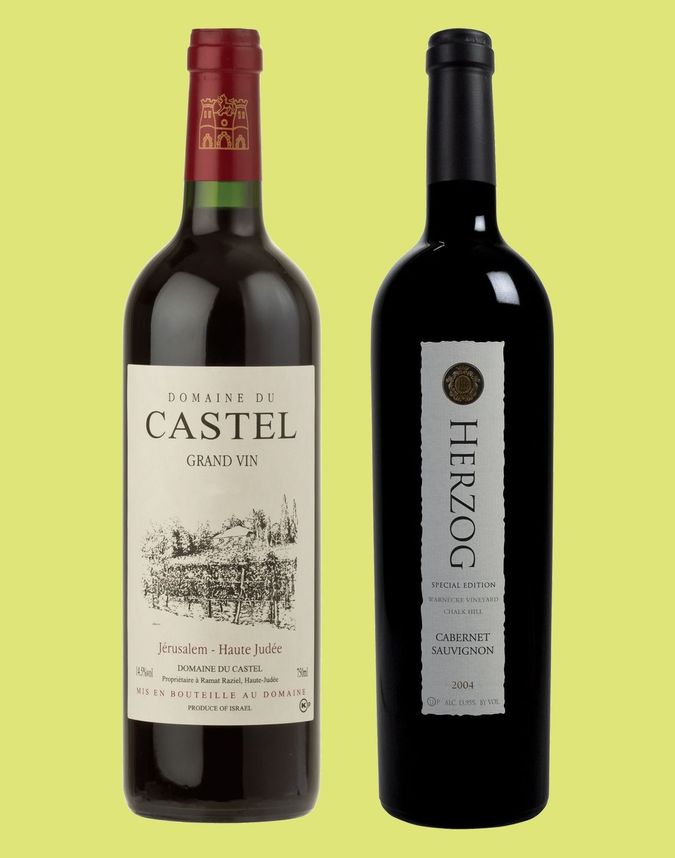 If we’re talking about the stereotypical wine snob, we are generally speaking about a guy who is into rich complex reds. He’s probably buying first growth Bordeaux and rare Napa Valley cabernet.

For the bordeaux in him, I’d choose the Domaine Du Castel Grand Vin. Although it’s made in Israel, it’s made in the traditional method of Bordeaux and with the traditional blend of Cabernet Sauvignon, Merlot, Petit Verdot and Cabernet Franc. It is complex, wonderful, and evolves in the glass. If he’s tasting it blind, he’ll ask, “Which great Grand Cru Bordeaux is this?”

The other is just a great bottle from Herzog Reserve: Herzog Limited. It’s a Napa Cabernet. It is opulent and rich although somewhat still complex wine that comes from a singular vineyard in Northern California.

What’s changed the most in kosher wine in the past five years?

Okay, I’ve got to ask… have you tried the Amare Stoudemire wines? Are they worth the hype? 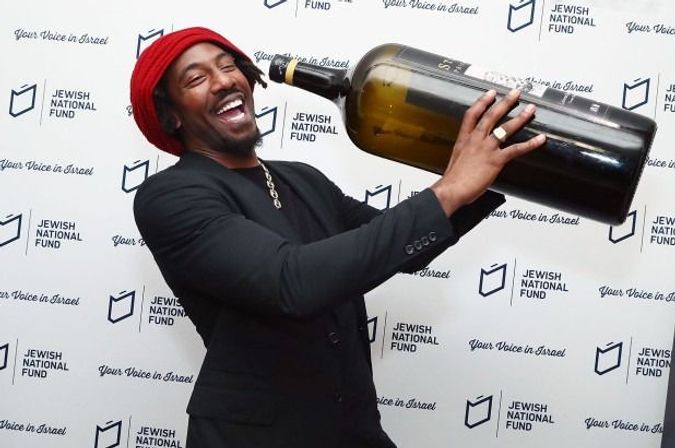 I have tried them. They are amazing wines made at the same winery that makes Tulip wines. But they are not just regular Tulip wines with a slapped-on label, Stoudemire is a big wine lover in general of both kosher and non-kosher wines. I actually spoke to him personally. He said that he spent weeks going back and forth tasting different blends of the best barrels until they found a blend that reflects his unique palate. The wines are very high quality, more on the complex side than the new-world side.

How to Choose The Perfect Wines For Your Passover Seder