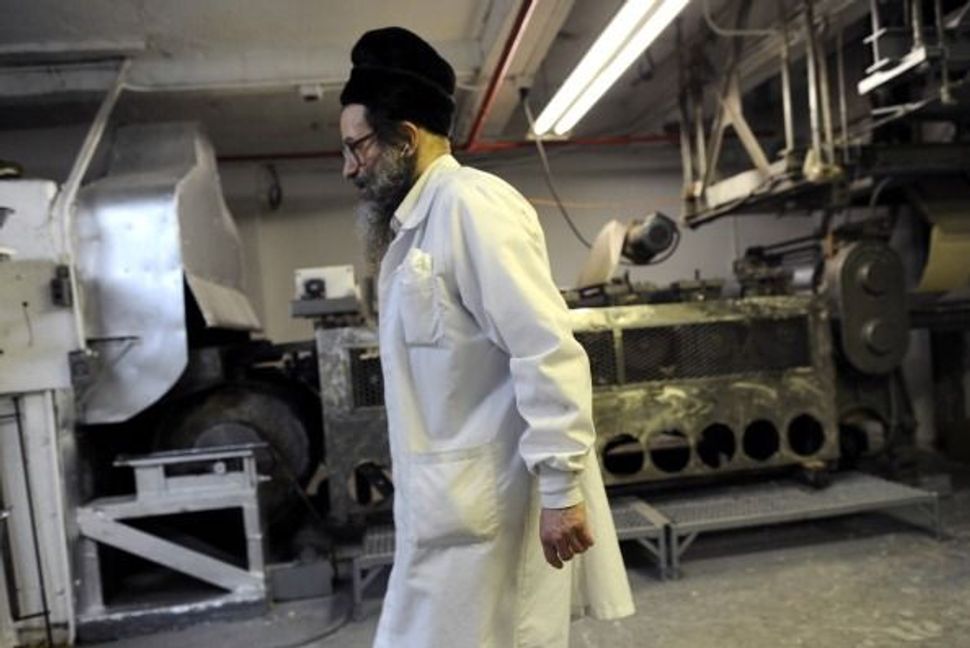 A worker at Streit’s Matzo Factory. Image by TIMOTHY A. CLARY/Getty Images

For a century, the Streit’s matzo bakery was a Lower East Side landmark, operating inside converted tenements on Rivington Street since 1916. The last family-owned and run matzo company in America, Streit’s recently sacrificed tradition for efficiency and made its exodus to the suburbs – up north to Rockland County.

Their once state-of-the-art machinery, paled in comparison by today’s standards and they had outgrown their 50,000 square foot factory. There was no room for modern ovens. There wasn’t even room for finished products, which were sent to a warehouse in New Jersey for distribution.

Alan Adler, Aaron Gross, and Aron Yagoda, the three co-owners who are all cousins, along with their fifty employees, managed with creative work-arounds for a while — but it was far from ideal. With no loading dock, it could take delivery trucks an hour to make their way down the narrow street. Unloading was another challenge due to the antiquated elevator’s size. 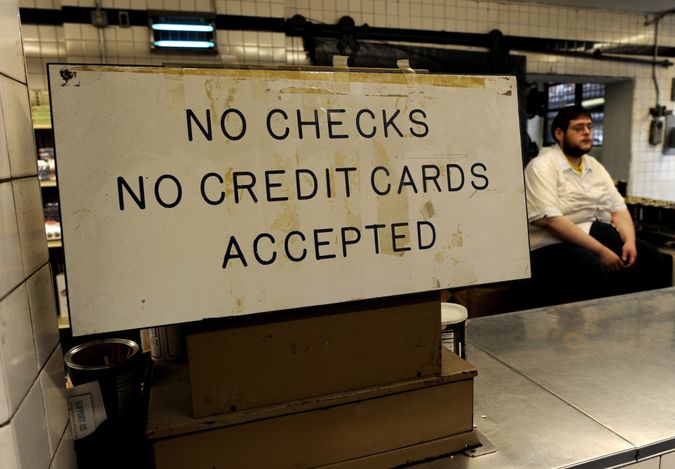 A sign in the old Lower East Side location of Streit’s Matzo Bakery, 2012. Image by TIMOTHY A. CLARY/AFP/ Getty Images

The Streit’s business model had evolved from a retail bakery to a national wholesale distributor, and in order to continue to grow the business, a move was inevitable.

“We’ve always been regarded as a boutique, artisan matzo baker,” says fifth generation Co-Owner Aaron Gross, 43, a great-great grandson of founder Aron Streit. “You were never going to find us in high volume places like Costco. Frankly, we couldn’t produce enough product for that kind of business.”

A six-month search led the family to Rockland County’s Orangeburg, New York, where they purchased a 112,000 square foot facility from ZipPak, the makers of Ziploc bags. “For the first time our production and distribution are under the same roof,” says Gross, smiling. 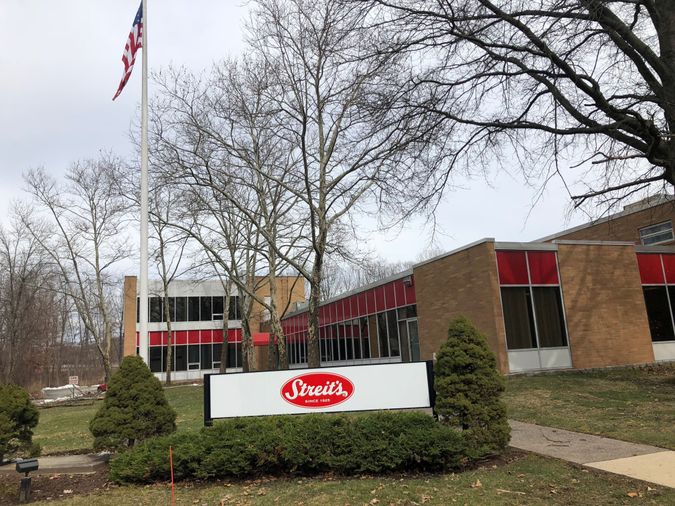 “I wish I could say it was plug and play and we shut off the lights on Rivington Street and turned them on in Orangeburg, but it wasn’t”, Gross says, explaining how production came to a halt the summer of 2015 and was outsourced until January 2017 when they finally settled in Orangeburg, a densely-populated Jewish community with solid highway accessibility, both key factors in the selection process. 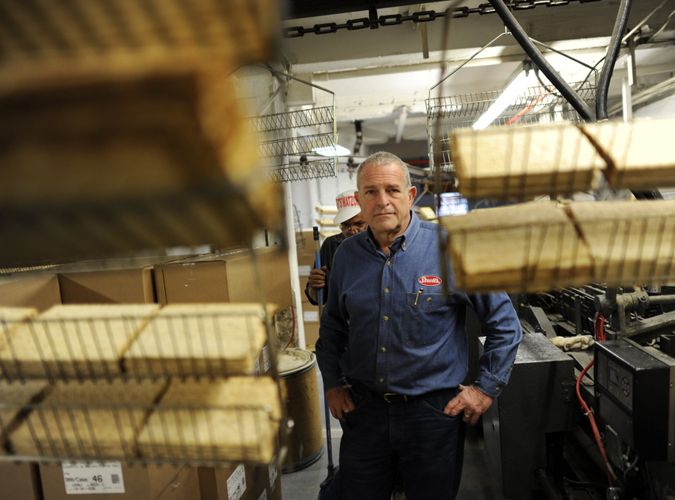 If Streit’s former location was Willy Wonka-esque, the new one is straight out of The Matrix, with high-tech robotic pickers and computers controlling conveyor belts and convection ovens producing 2700 lbs. of matzo an hour, a far cry from the 1600 lbs. the former ovens were outputting. 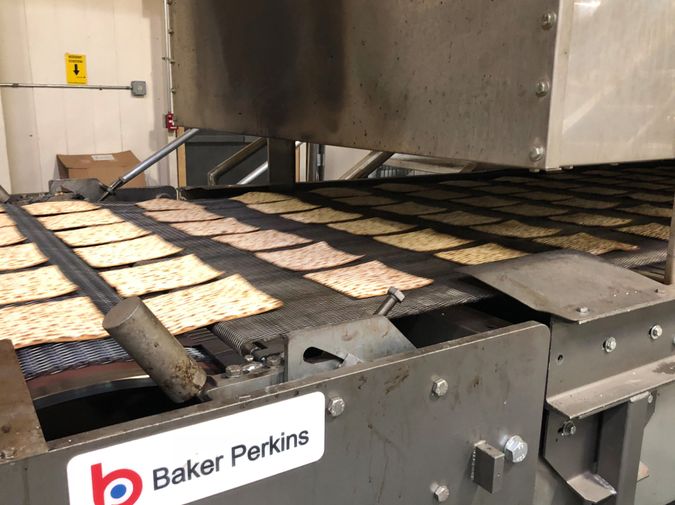 Streit’s is the only matzo company that uses a convection oven to bake their matzo, allowing it to be browned on both sides. Image by Jenny Powers

“Most of the time, matzo is basically just considered a giant cracker, but during Passover it takes on a sacramental role,” Gross says, describing the meticulous process involved in producing Kosher for Passover matzo. In order for matzo to be deemed ‘Kosher for Passover’, it must be baked within a strict 18-minute window. If there’s any type of malfunction, the dough is discarded, the machines must be cleaned again, and the entire process must start over.

Streit’s has been operating 24 hours and six days a week since December in order to produce two million boxes of Kosher for Passover matzo, which accounts for half of their annual revenue in matzo. 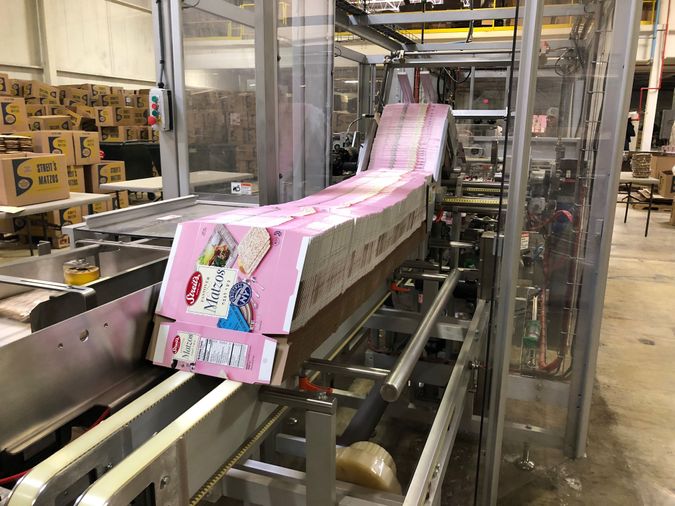 “The move has been a much larger project than any of us anticipated,” says fourth-generation co-owner Alan Adler, 66, the great grandson of Aron Streit. “Look, we owned four buildings in Manhattan. We could have been in the real estate business or the matzo business. We chose matzo. It’s what we know and what we do best. Plus, we were concerned about replicating the flavor, and it turns out the Orangeburg matzo tastes even better than the Rivington Street one!”

With a wide grin, Adler turns and heads back to the factory, doing what he does best.