6 Judith Leiber Bags That Epitomize Her Unadulterated Love Of Kitsch 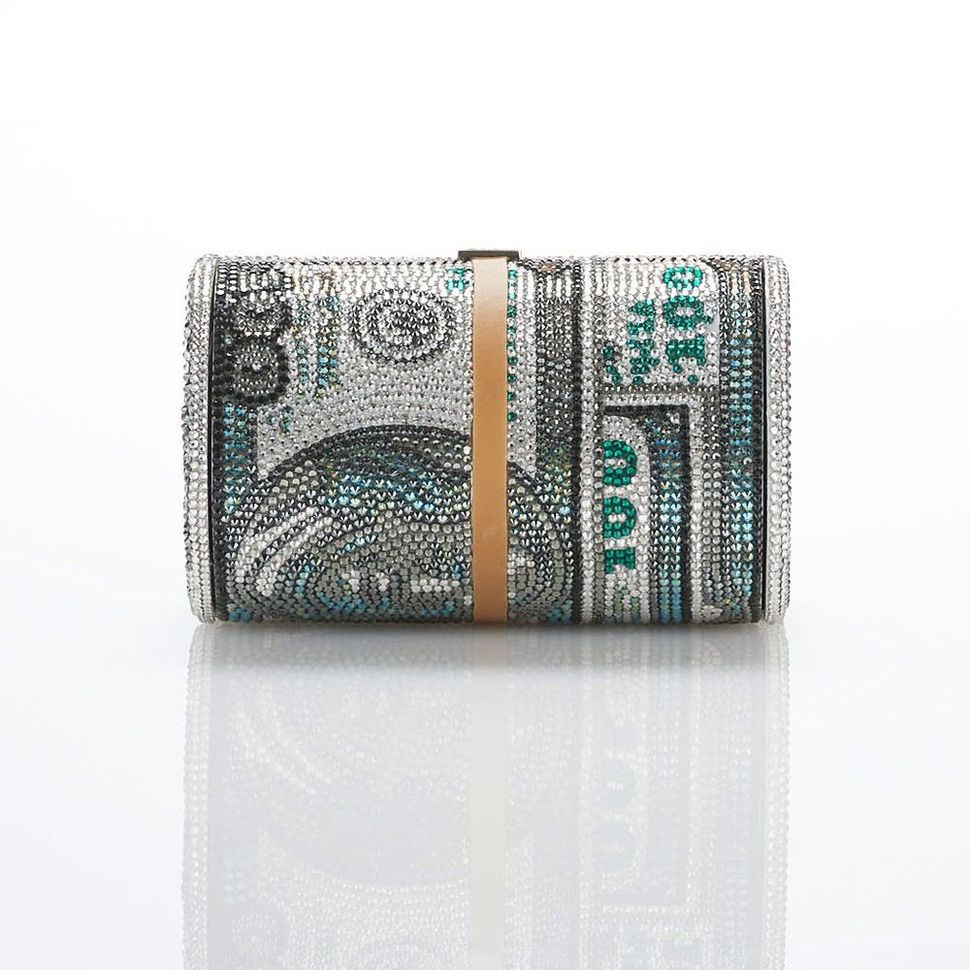 Judith Leiber, handbag-maker extraordinaire, died over the weekend. Although she made many kinds of bags, her best-known work were her minaudières, which is French for coquettish air, bags so small and so full of crystals that they could be classified as jewelry for a woman’s palm.

These minaudieres were status symbols, worn by celebrities and First Ladies. But they were also objects of whit and whimsy, straddling the line between taste and, well, tasteless. There was nothing too mundane for Leiber to create — from money rolls to French fries, asparagus to butterflies, if it could be sculpted and encrusted with crystals, you can bet $5,000 (the average price of a Leiber minaudière) that it exists as a Leiber minaudière. Here are some of the craziest: 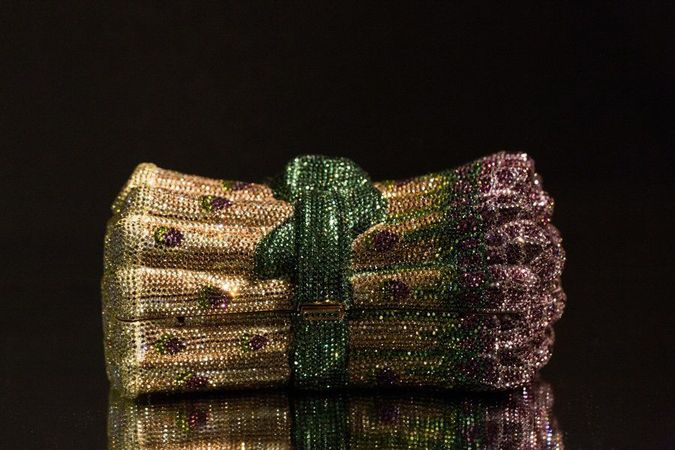 This jewel-encrusted vegetable was a favorite of the sculptor Larry Kallenberg, who often collaborated with Leiber in making the 3-D wax molds used to cast the minaudieres. “This asparagus has always been the favorite thing I ever made for her,” Kallenberg once told WNYC. “Lions, peacocks, ah, every day, but an asparagus pocketbook? How crazy is that? And how wonderful that she would think of it.” 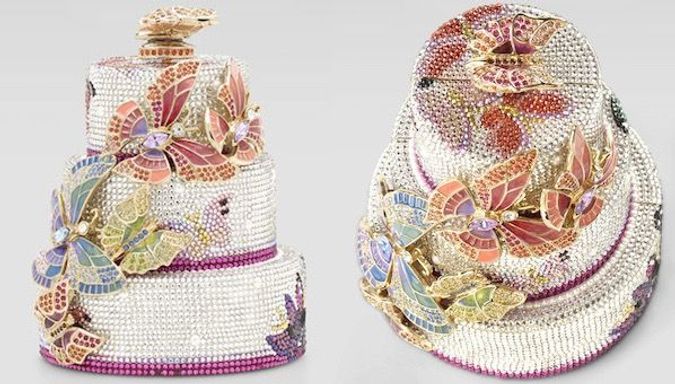 Shefinds.com called it the “ugliest thing we’ve ever seen.” Sure, a $7,000 birthday cake seems like the perfect present for the person who has everything…except a jewel-encrusted birthday cake. 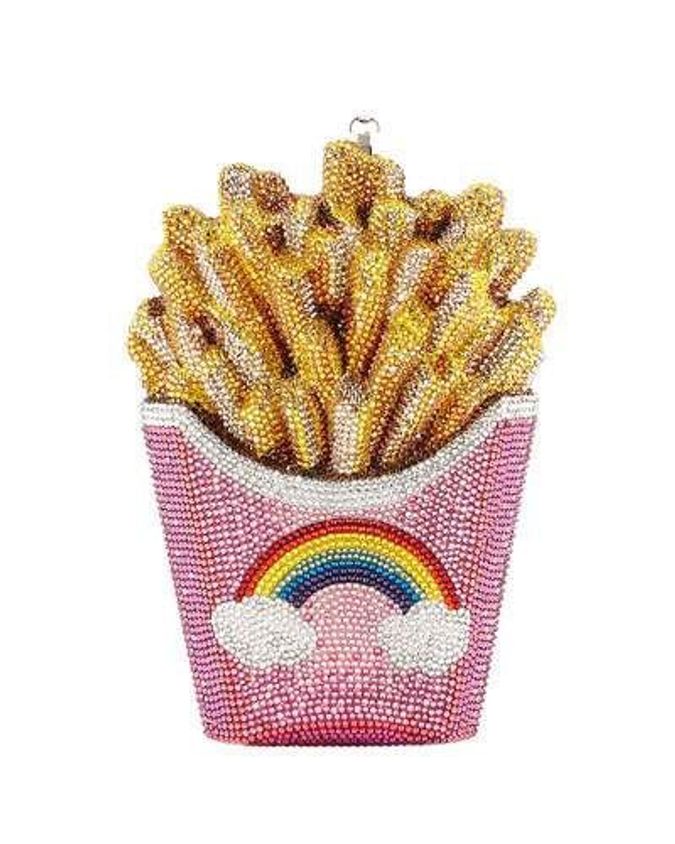 Fries are delicious, but they also pack in a lot of calories. So what better way to memorialize one’s love of fries that you can no longer eat on your #diet than Leiber’s French-fry bag? The fries are even encased in a pink container embellished with a juvenile-looking rainbow — pushing the boundaries of taste, yes, but it also kind of makes it even more covetable. 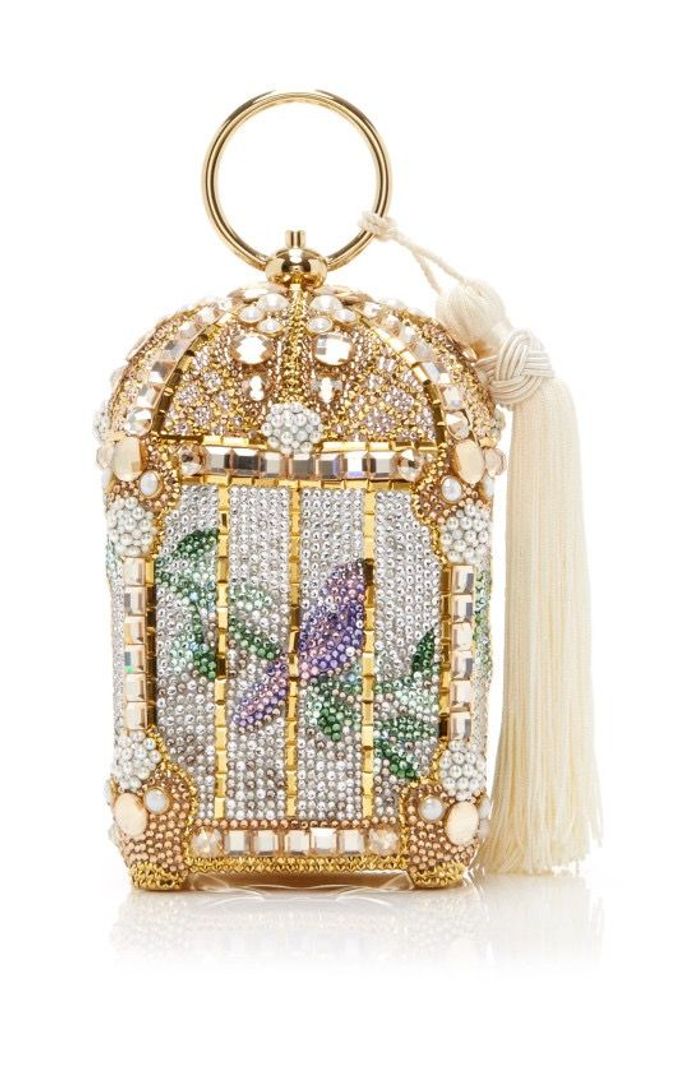 This bird cage bag uses de Gournay-inspired wallpaper motifs (which is a company that produces and peddles antique interiors) for the “bird” in the gilded cage. It’s also so thoroughly encrusted in pearls and crystals that it masks the ennui and entrapment felt by the rich person who bought this.

The “Give-Me-My-Money” Roll of Money” Minaudière 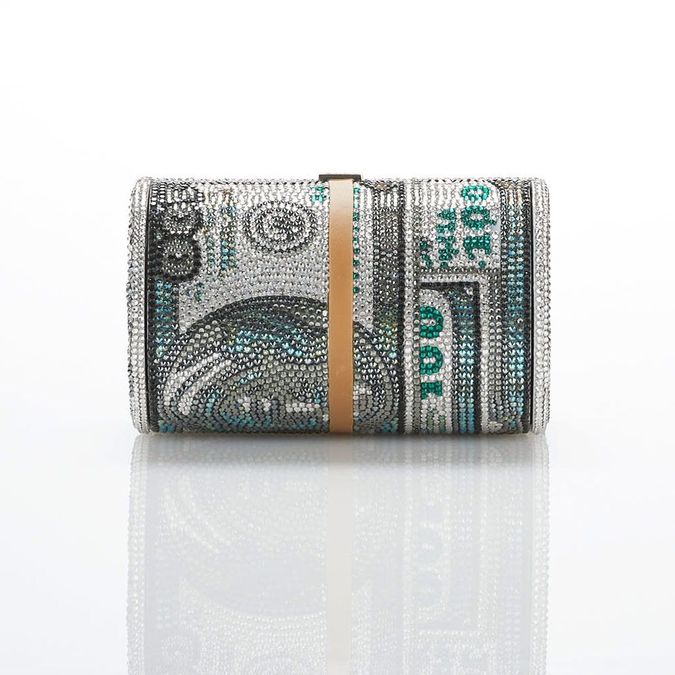 This Alexander Wang collab was produced for Wang’s Spring 2018 show, which took place on the streets of Bushwick, with models descending from a party bus onto the street to walk the “runway.” Only twenty copies of this hand-beaded roll of $100 bills was created, one of which was bought and carried by Queen Bey herself. Because if you’re spending $7,000 on a bag, what better way to show it off than using the likeness of the literal money you spent on such gaudiness. 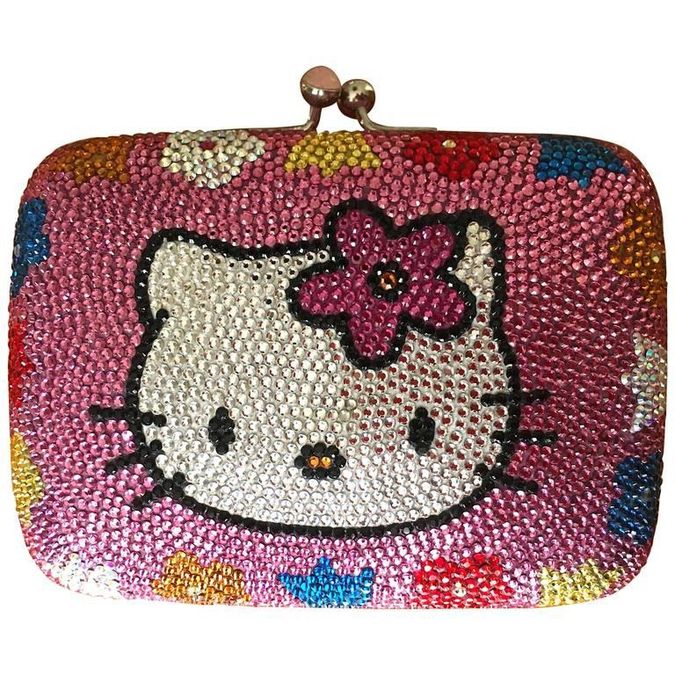 In one of Leiber’s more ridiculous (some would say ‘inspired’) collaborations, Leiber created this Hello Kitty minaudiere in collaboration with Sannrio, the creator of Hello Kitty. Because what better way to tell the world that you’re still a kid at heart than with a fuchsia clutch plastered with the image of an adorable kitty along the side?

6 Judith Leiber Bags That Epitomize Her Unadulterated Love Of Kitsch