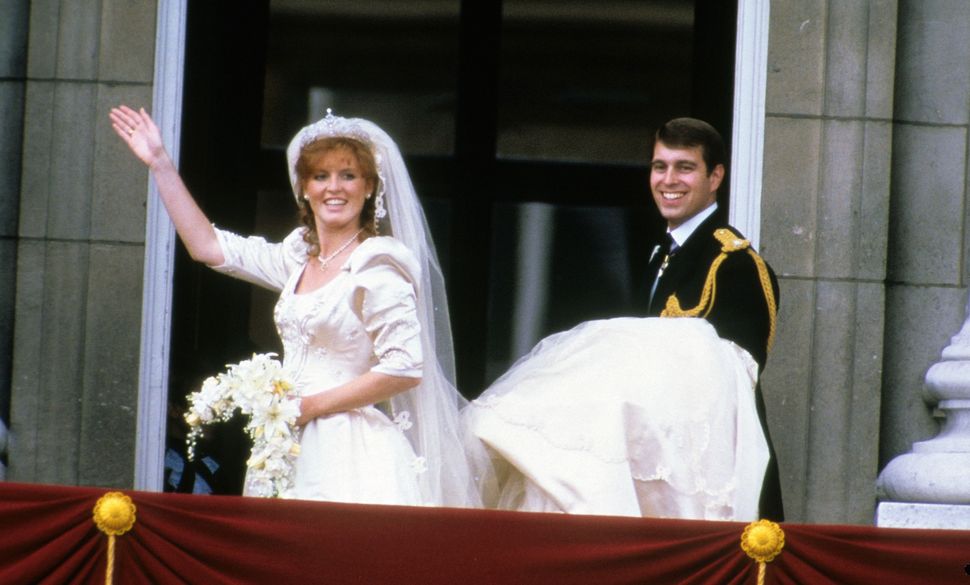 The 1986 wedding of Prince Andrew and Sarah Ferguson. Image by Getty Images

It was July 23, 1986. I was a correspondent based in London for The Philadelphia Inquirer and fortunate enough to be one of the foreign press invited to the wedding. Unlike next week’s marriage of Prince Harry and Meghan Markle, where reportedly only one journalist will be allowed in the church, there were easily a dozen or more of us permitted to cover the ceremony, in what was viewed as a bold and fresh reflection of a more media-savvy generation of royals.

It was the most glittering company I have ever kept. 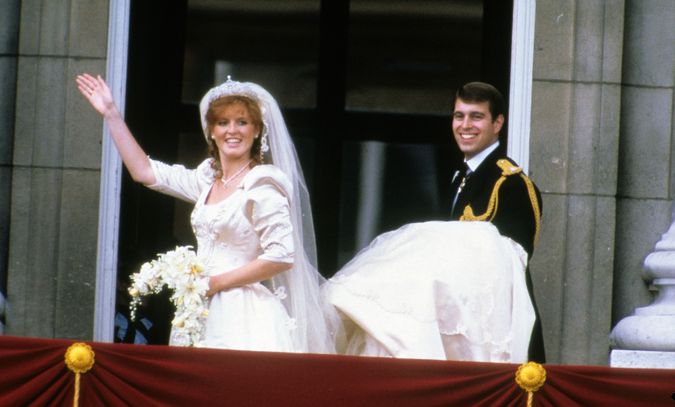 The 1986 wedding of Prince Andrew and Sarah Ferguson. Image by Getty Images

It was the only time in my long career when I legitimately listed a fancy pink hat — required attire when in the presence of the Queen — on my expense account. “Buy yourself a bonnet,” my editor told me.

It was both a giddy experience and a humbling one. My family goes back many generations in England and I am certain that my great-great grandmother could never have imagined her descendant sitting in the 900-year-old Abbey festooned with perfumed flowers and reverberating with trumpets, songs and royal wedding vows.

Then again, my great-great grandmother couldn’t have known that I had to go home afterwards and file two stories for the next day’s newspaper.

When he walked down that very long aisle, Andrew was younger than Harry is today, but there are unmistakable similarities between them — beyond being considered, in their time, the world’s most eligible bachelors. Both had older brothers who are expected to become king (though poor Prince Charles is still waiting to get the job,) enabling them to chart slightly more individualistic paths in choosing whom to marry. Meghan Markle is an unusual princess in contemporary terms — a biracial, divorced American actress — and so was Sarah Ferguson in her day: a bubbly if not too bright daughter of a military man who served as Prince Charles’ polo manager.

Sarah was marvelously informal and spontaneous; her wedding was anything but. “With the centuries that British pomp and ceremony afford, virtually every move and word of the celebration was planned in advance and executed on cue,” I wrote then. “The only hints of spontaneity during the ceremony came from some of the four young pages — the ‘little people,’ as Sarah referred to them earlier — who squirmed in their seats and fiddled with their programs during the 45-minutes service. At one point, Prince William — elder son of Prince Charles and Princess Diana — was seen munching on the black ribbon of his Panama hat.”

I remember getting to the Abbey early that day, the weather cool for July, the rain sporadic and light, never interfering with my game attempts to politely interview any celebrity I could approach. The cream of English society was there, along with a large contingent of European royalty — men in military uniform, or morning suits with top hats and lots of tails; women in colorful garb and elaborate hats. The number of Rolls Royces and Jaguars dropping off guests seemed endless.

Queen Elizabeth and her husband, followed by Andrew and his brother and best man Prince Edward, and then Sarah and her father all arrived in open carriages, the bride’s a fairy-tale-like glass coach driven by two bay horses. Crowds lined the route, cheering, and bands played “Get Me To the Church On Time.”

The British are very good at this.

Inside the church, the Archbishop of Canterbury conducted the service, and the moment Andrew said “I will” the crowd outside, listening on loudspeakers, cheered so lustily that the roar could be heard inside the abbey. It reinforced the sense that this wasn’t simply a marriage between two people. It was, for many Britons, a moment of national rejuvenation.

When it was all over, and the wedding party went to Buckingham Palace for lunch, I left the abbey with two colleagues, the only other women in the American press corps in London at the time. Since we didn’t, ahem, have a Rolls or a Jaguar to pick us up, we approached the nearest bobby to ask where we could get a taxi.

And so there I was — on the tube, changing at Baker Street, in my long gown and my fancy pink hat, feeling chilly and self-conscious, catching odd stares from other riders. Back home, I had hours of work to do, and I distinctly remember the copy desk calling me at an ungodly hour to ask me something about Diana’s dress.

My moment of brushing up against royalty, of witnessing history, of catching a bit of the fairy dust that surrounds a new princess, was over mighty quick.

Almost as quickly as the marriage.