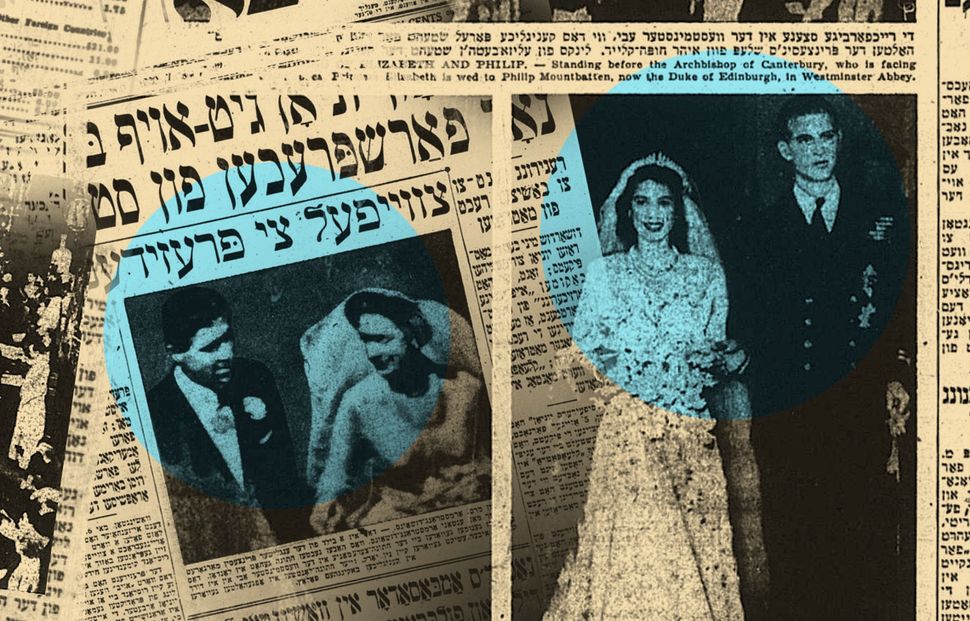 It’s 1947, and Abraham Cahan is sitting in his office at 175 East Broadway, listening to the radio broadcasts from London.

Trumpets blare, crowds cheer on the grainy recording: Across the Atlantic, a jubilant Britain celebrates the nuptials of Princess Elizabeth to Philip Mountbatten, Duke of Edinburgh.

“Half a million people stood in the streets of London,” Cahan describes, as if he is standing right there (ah, the origins of remote news aggregation!). In his classic slightly pompous style, Cahan notes with sarcasm that “we shouldn’t be so amazed [by the size of the crowds], for as republicans, we are confident that if New York would have a royal wedding, it would be a far larger crowd here than in London.” (I suppose crowd-size has been something to compete about long before 2017.)

It’s fascinating to look back in the archives of the Forverts and see how even Cahan, the staunch democratic socialist, couldn’t contain his own excitement over the royal wedding. Even the editor of the left-leaning newspaper of the Jewish workmen found himself moved by the promise of a fairytale romance — Elizabeth’s choosing love, despite some disapproving glances from others.

But this historic moment was more than just about the bouquets — for Britain, for the world, and for Jews worldwide, it represented the seeds of renewal for a war-ravaged Europe. In his editorial, Cahan describes the suffering of the English during the war, those “who survived the hell of the Blitz, who for so long battled the Hitler regime…and are still forced to undergo shortages.”

“The royal family, with all of its issues, arouses deep feelings of long-gone England and its pride, its traditions,” he writes. “The king is a loyal servant of the government, that will be chosen by the majority of the free British people. The English people are still loyal to the dynasty…with its red coats and fur hats and beautiful carriage…as long as the dynasty is still loyal to them.”

Unsigned reports in the Forverts described the ceremony, the overjoyed fever of London’s streets, and the “impossible to describe” elaborate wardrobe of the bride. “Whether it’s a good shidduch remains to be seen,” wrote one report. “As Philip cannot be king — he will have to obey [Elizabeth].” (The implication, of course, that this gender imbalance might cause problems, a man having to obey his wife.) 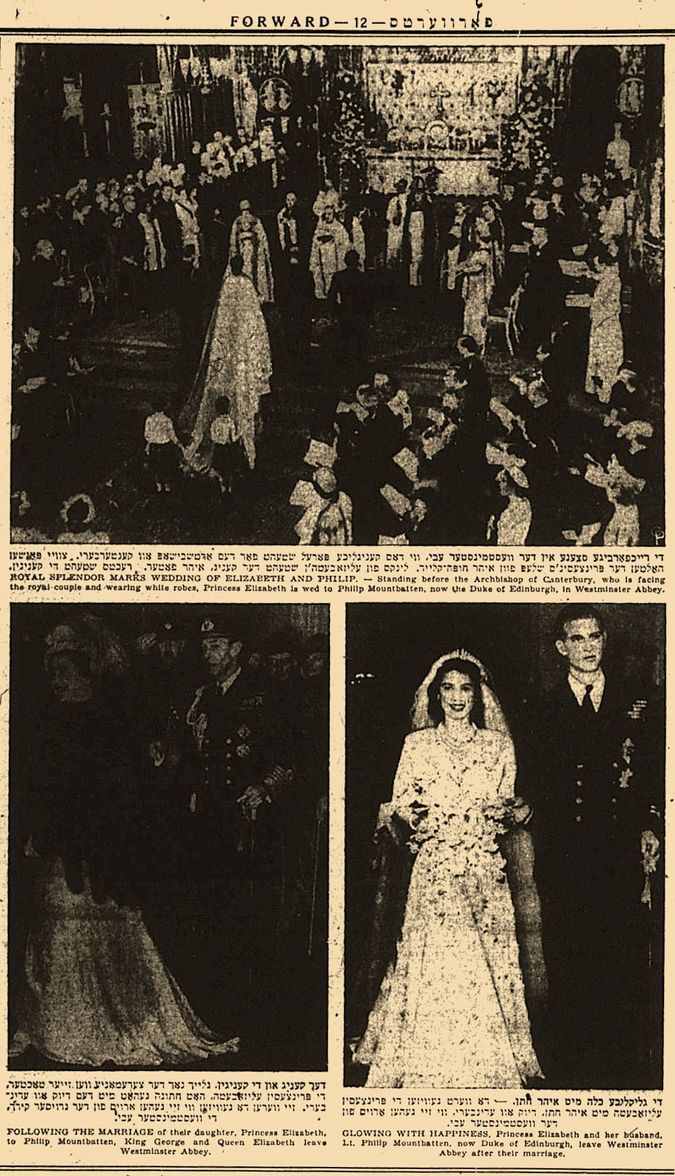 A photo spread of the royal wedding, 1947. Image by Forward archives

For American Jews living in the aftermath of World War II — even the most critical of monarchy — the British throne meant something, albeit something complicated. It symbolized order after chaos, victory over evil, and in 1947, the key to a future Jewish state in Palestine.

For context — note the date of the wedding. Elizabeth and Philip tied the knot just as the Palestine Partition plan was about to be unveiled, a week away. For Jews all over, the symbolism was powerful. It was “the wish-fulfilment of an exhausted nation,” as Elizabeth Grice described it in a 2017 retrospective piece in the Telegraph. “In a day of unashamed opulence and sentimentality, post-war rationing was forgotten, the disappointing drabness of victory set aside.”

Here’s the cover page of the Forverts the next day, Friday November 21, 1947: 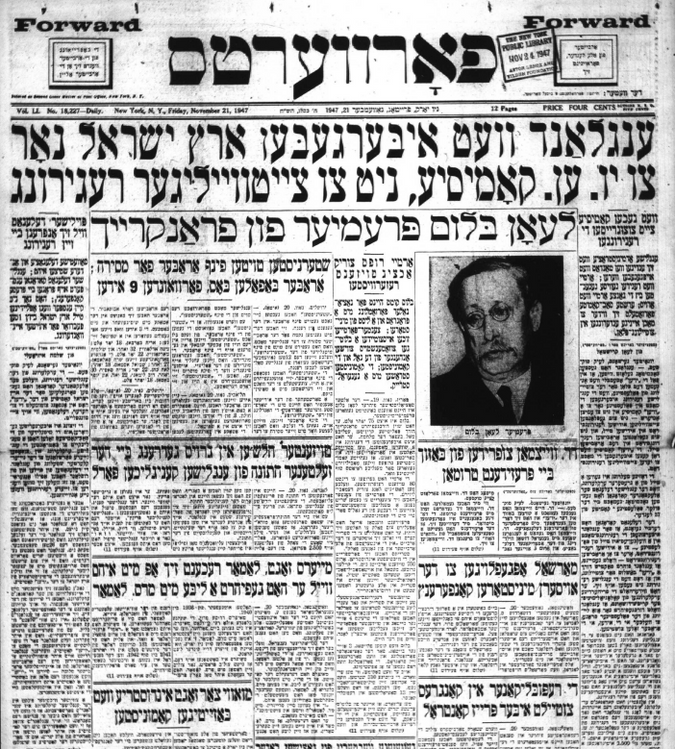 Front cover of the Forverts, November 21, 1947. Image by Forward archives

Headlines scream that “England will give Eretz Yisrael to the UN Commission, Not To Interim Government,” while “Stern Gang Kill Five Arab Informants; Arabs Attack Bus Wounding 9 Jews”, just as a London report lower down describes the royal wedding ceremony in detail.

For Jews around the world, this was more than a ‘khasseneh.’ They were hoping that the new generation of British leadership would support their right to self-determination.