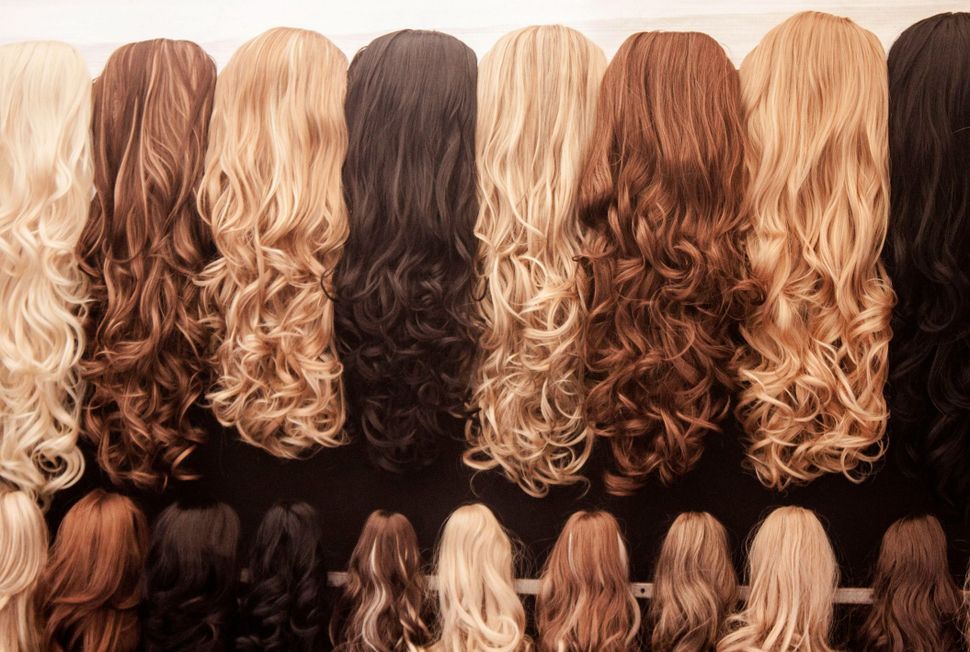 On a chilly spring day in March of 2002, Rachel Riss, an Orthodox woman with a fashion-forward sensibility, got engaged.

But niggling at the edges of her starry-eyed cloud of happiness was a twinge of worry: she needed to find a wig. According to Jewish law, a woman must cover her hair upon marriage, and Riss didn’t just want any wig: “I knew I had to be different than everyone else,” she said.

Back then, the prevailing fashion amongst Riss’s peers were wigs that had long layers, side-swept bangs and voluminous, blown out waves. The look was big and unnatural and the wigs looked, well, like wigs.

“They all pretty much looked like cookie-cutter molds,” Riss said of her peers’ propensity for buying wigs that were exactly alike. It was almost as if getting married required not just a head covering, but a uniformity of hairstyle to denote married status.

Luckily for Riss, her aunt was a shaitelmacher, a wig-maker. So she went to her aunt with a laundry list of requirements: No side-swept bangs, middle-part, flat top; in other words, an extremely natural wig that looked like her natural hair.

Riss’s desire for a wig that didn’t look like a wig isn’t as contradictory as it may seem on the surface. The Jewish commandment to cover one’s hair upon marriage is layered with complexity, with multiple interpretations about what constitutes “covering.” For some rabbinical authorities, only a scarf would suffice. But others say that as long as the hair is covered, it doesn’t matter that it looks uncovered.

So her aunt commissioned for her a custom shaitel, or wig, from a company called Freeda Wigs. Riss was satisfied with the results, but the wig wasn’t as natural as she would have liked.

And so her quest for the perfect wig continued. In 2013, her Freeda wig was starting to thin and she needed a repair. A friend introduced her to Laura, a hairstylist who worked with wigs worn by celebrities on stage. “She showed me a picture of Kat Graham who was a client of hers. Even when I zoomed in, I couldn’t tell that she was wearing a wig,” she said. The secret? A fully lace cap.

Riss was hooked. “Why isn’t everyone doing this?” she wondered aloud.

The way Orthodox women wear their wigs has shifted dramatically since the early aughts of poufy wigginess. Back in 2010, when Facebook was widely used and Instagram was in its infancy, women began gravitating toward the natural beach waves sported by celebrities on the red carpet. The demand for extremely natural looking wigs increased, and so lace fronts and baby hairs were incorporated.

The rise of social media and the shift towards secular hair trends is hardly coincidental. According to Zelda Volkov, the owner of Crown Heights-based Zelda Wigs, through social media, “the gap between secular style and modest style is getting bridged. And I think that influences the styles of the wigs tremendously.”

Monday Blues ? ain’t so blue when you have a view for miles and hair perfectly on point. #ZELDA #ZeldaHair #HairGoals #WigGoals #Wig #Wigs

Social media has also played an enormous role in how shaitelmachers conduct business. Not only do they use it as a platform to attract business, but the customers themselves use social media as sources of inspiration when buying a new wig. “Customers will come in with pictures from social media whose flagship Brooklyn salon has been open since 2006.

Even as more Orthodox women want their wig to look as if they aren’t wearing one, many still avoid buying the lace top wig — made on fragile fabric, its hair has to be constantly replaced, which can often get exorbitantly expensive.

And so, aside from a handful of individuals like Riss, full-lace wigs have not yet become popular amongst religious women. But there are slow strides being made in that area: Last summer, Milano — a mid-priced Jewish wig line — introduced its “Secret Wig” which has a fully lace top.

Riss, meanwhile, has become an evangelical of sorts for the ultra-natural lace-wig look. When she models clothes from her fashion label Linear on Instagram, her DMs are inundated not just with requests about the clothes, but with questions about where she got her wig. “Part of what makes me happy is when people ask about my wig and how I got it made so I can share this information with everybody,” said Riss. “I want to show people that they can look good and that they can look stylish even if they’re covering their hair with a wig.”