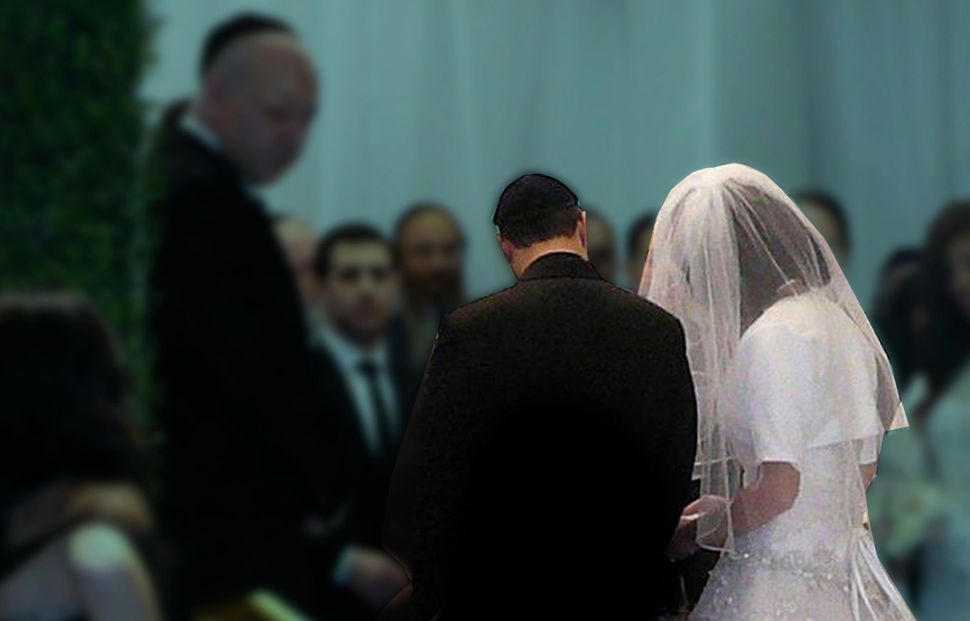 When my ancestors escaped Aleppo decades ago, settling in what is today’s 60,000-strong Syrian Jewish community in Brooklyn — they had left Syria behind, but brought with them our language, food, and values.

For the community’s women, the expectations were clear: Women wed young, had children, and became shaatras — the ultimate homemakers. While our community has progressed enormously, and more and more women are entering the workforce and juggling both their careers and wifehood, there is still pressure to have our tables set with homemade food come dinner time. The vestiges of our grandmothers and their mothers before them, taste-testing lemony kibbeh, spicing their spanach, and folding the pastry corners of cheese-filled samboosaks, looms over our heads as if to say: Don’t forget where you came from and don’t forget your responsibilities.

Despite everything, I spent many a Shabbat meal explaining to my Aleppo-born great-aunts (who wed at 18), to my ultra-Orthodox 25-year old brother on the market for a wife, and to my engaged friends, that I was not getting married any time soon.

As a single, 23-year old, free-spirited feminist who graduated from a liberal college, this should hardly have been a surprise. But for a good Orthodox girl living in the religious Syrian community, this revelation would be cause for disapproval. Getting married was not merely an option for me the way it is for most millennials — it was an expectation. Opting out of wedlock would be like opting out of tradition altogether.

Now that the last of my friends are jumping on the bandwagon of life-long commitment, the dichotomy between single’s and married’s is becoming more stark. There’s no escaping the pressure. I am, very clearly, husband-less in the eyes of my elders. At every Syrian engagement and wedding party, I hear, “Abal by you,” Arabic-English for “Soon by you too,” whispered into my ear. It’s like we never really left Aleppo.

For me, growing up in this community, marriage never looked like a real partnership. A lifetime of viewing an unequal distribution of gender roles, in and out of the kitchen, scared me away from the realities of binding myself to another person.

But despite my fears of marriage — nice Jewish boys seemed to take a liking to me. Lured in by attention and free dinner, I accepted their invitations. And whenever our future together came up in conversation, I would never allow it to get off the ground, quickly explaining at great length that I simply did not know how to peel potatoes. Over dinner, I would tell boys about all the Syrian dishes I couldn’t make, warning them that our kitchen would never hold the aromas of Aleppo the way it did for generations. What I was really trying to say is: “You don’t want me; I’m not Syrian enough for you.”

For me, “potatoes” was a code word for “marriage and babies.” If I can’t take care of preparing dinner, how will I take care of a baby? If I can’t commit to kitchen duties, how can I possibly commit my life to someone? Instead of saying I’m not ready, I relied on my inadequacies in the kitchen to speak for me, to free me from a life of Shaatra-hood.

One boy I met at a community charity event told me over drinks that he wanted his wife to be a stay-at-home mom. I told him: “My job will probably require me to stay in the office after hours. Which means I probably won’t have time to cook home-made meals.” Subjecting this potential candidate to a life of take-out seemed like the only way out.

When one religious boy I met in Israel was keen enough to pick up on my reluctance to settle down, he suggested I buy a book on Jewish courtship. I quickly explained: “I don’t even own a cookbook, and you want me to buy a book on marriage?”

In my mind, cooking and marriage were one and the same. I had grown up seeing the women in my life cooking all day — it felt as if that was the litmus test for a good wife. And that constant equation, of matrimony with food preparation, inevitably became a central motif of my dating life.

Perhaps I was looking for comfort in knowing that I could find someone who wants to contribute equally to our relationship, that our duties at home as husband and wife could be shared—even if that meant it didn’t follow our traditional gender-normative upbringings.

I know my husband will probably come from the Syrian Jewish community.

We will marry in the same synagogue my parents wed, and their parents before them.

We will probably meet at a community party, or have known each other from high school.

And one day, I will have to finally admit to him that I actually do know, in fact, how to peel potatoes.

Bonnie Azoulay is an intern at the Forward. Email her azoulay@forward.com