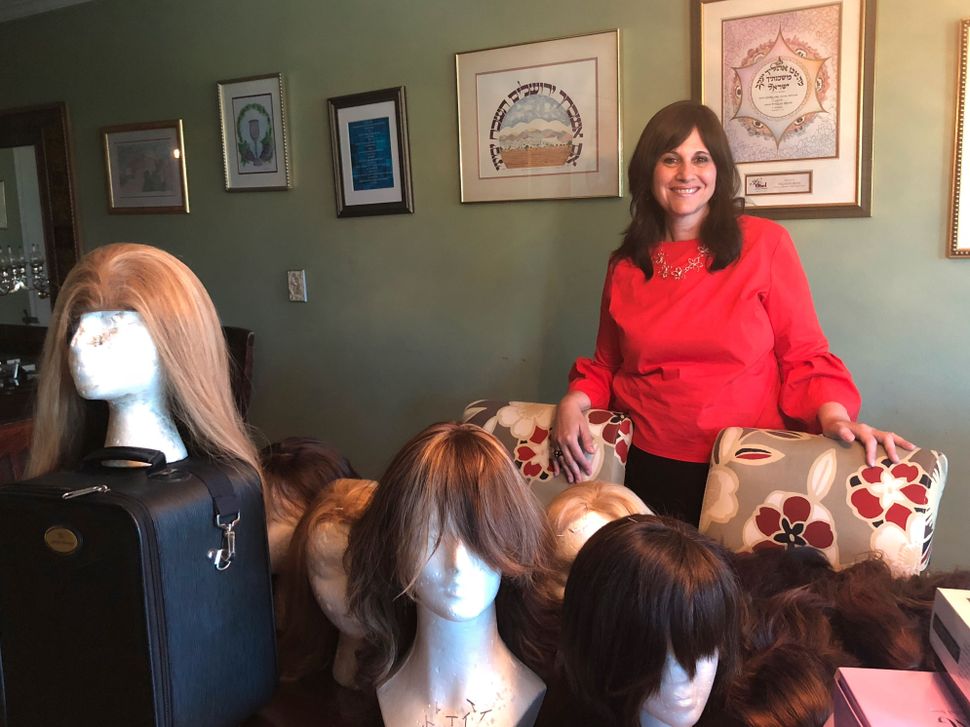 Staci Segal is on a mission to get sheitels, the wigs worn by married Orthodox women, into the hands and onto the heads of those that do not have the means to afford them.

According to Segal, the starting cost for a decent sheitel made of human hair, the preferred material starts at $500 and goes up to a staggering $6000, making it unaffordable for many, like the widow who didn’t have a decent wig to wear to her own son’s wedding, the newly converted bride, or the desperate woman caught in a last-minute bind when her only sheitel turned out to be covered in lice just hours before she was due at an wedding.

That’s where Segal comes in.

She calls it The Sheitel Shuffle, a dignified exchange.

“Bring me a sheitel in any condition and take one in exchange, there are no judgments here,” stresses Segal, mother of six (including triplets).

Married for nearly thirty years, Segal, born and raised on Manhattan’s Lower East Side, is a public school teacher in the neighborhood. Two years ago, while meeting up with an old friend in the park, she couldn’t help but notice her friend’s sheitel was in serious disrepair. The woman shared that despite the condition of her wig, money was tight and it was not in her family’s budget to buy a new one so she’d managed to cover the holes by wearing a hat.

That got Segal thinking of all the women out there that probably had old sheitels they no longer wore sitting in the back of their closet and from that day forward Segal says, “Everywhere I went, weddings, Bar Mitzvahs, even Glatt Mart, I began approaching women asking if they had any sheitels they might consider donating. I WhatsApped everyone I knew and posted on Facebook to get the word out. I even had business cards designed and began handing them out,” Segal says standing in front of her family’s dining room table whose surface is completely covered in a generous array of sheitels of every style and color. 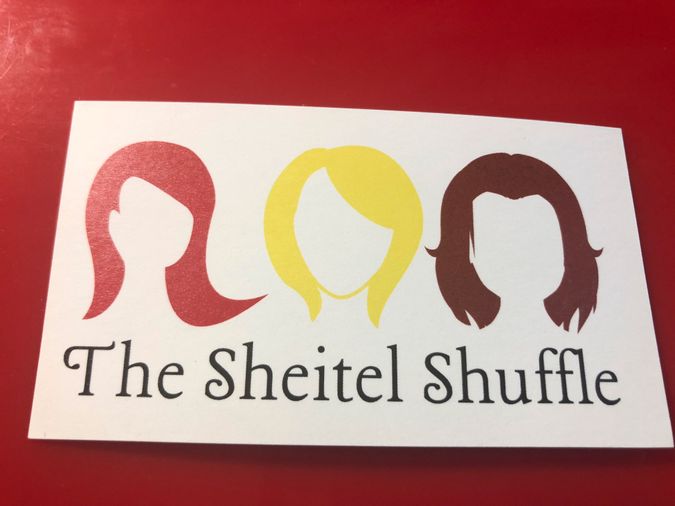 While The Sheitel Shuffle may have been Segal’s idea, the effort has very much become a family affair. Her daughters regularly solicit donations from their friend’s mothers, her sons make sheitel pick-ups and drops in school lobbies and even kosher deli counters. Her husband Nachum Segal, a well-known radio personality in the Jewish community even does public service announcements on his Internet radio program to do his part.

Collecting sheitels is only the first part in the process though. Upon acquisition, each sheitel is hand-washed and set by self-taught volunteers like Segal’s daughters or one of the other young girls in the neighborhood who volunteer. There’s even one local girl teaching herself how to do repairs. 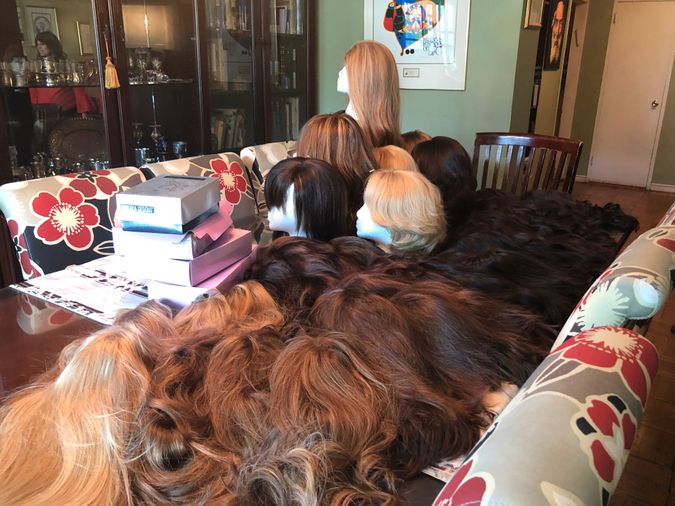 From there, each wig is photographed and categorized by color and length and stored in Segal’s apartment.

Segal says she manages to have an inventory of between 50-60 wigs on hand at any given time, citing her busiest times as right before the High Holidays, noting red wigs are hard to come by and there is always a need for blonde ones since there are so many different shades. There is never a shortage when it comes to demand though according to her count, “No one has ever come in for a wig and left empty-handed.”

Local women are welcomed into Segal’s home by appointment to try on wigs and select one to take home. Those that don’t live locally correspond with her via email, making their selections through photographs and then covering their own minimal shipping costs.

Segal has become somewhat of a fairy godmother, coming to the rescue of women in need of a sheitel and restoring their confidence in the process.

“You know how you can buy a car that’s a lemon? Well I managed to buy a sheitel that was a lemon, and the woman I bought it from wouldn’t let me return it,” sighs an exasperated Spring Valley woman who shelled out $800 for a defective sheitel whose hair was sewn in upside down causing it to appear frizzy after a brushing.

“I was in between jobs and there was no way I could tell my husband I needed a new sheitel, so I just kept on wearing it. One day I was walking across the Williamsburg Bridge to meet Staci for lunch when a deluge of rain came out of nowhere. I was sopping and by the time I reached Staci my sheitel was completely ruined. That was the day Staci told me about her project, The Sheitel Shuffle. She let me go through all the wigs she had, and I got a new one right there and then. It was so unexpected and was the most perfect timing. It gave me the confidence I needed to start a new job. It’s a big commitment to buy a sheitel and having a nice one makes a huge difference,” she says proudly.

Sara Oppenheim, a resident of North Carolina, agrees. “A man in our community lost his job when his company downsized and it was a challenge to buy his wife a new sheitel. Everyone wants to look their best and it’s especially important when you’re going through tough times and you don’t feel your best,” she says recalling a trip to New York where Segal arranged for her neighbor to meet Oppenheim in a local park to drop off a sheitel since she was out of town. “Staci is a doer, she wants to make the world a better place.”

“In the best case scenario, a woman has three sheitels: One for everyday, one for Shabbos and one for weddings. Not everyone is that fortunate though, admits Segal. ”I’m like that table in the laundry room where people leave things for others to take when they are done using them, except it’s a lot more work!” She smiles. “This is not about charity though. There is no shame in sharing. This is an exchange and I happen to be the home for it.”

To learn more about The Sheitel Shuffle and how you can participate in the exchange, email Sheitelshuffle@gmail.com.