During The AIDS Crisis, This Gay Jewish Cookbook Kept A Community Together 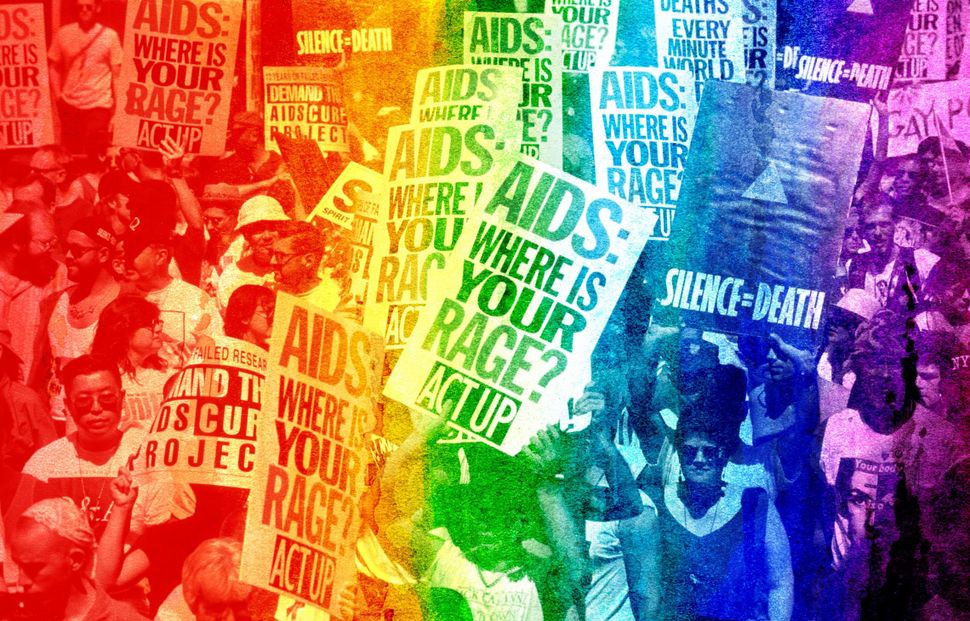 There’s a cookbook titled “Out of Our Kitchen Closets: San Francisco Gay Jewish Cooking.” It’s out of print. There are a few, remaining used copies floating around Amazon and eBay, but that’s it. The cover is colorful, a rainbow ending in piles of produce. This cookbook is the stuff of queer, hedonistic kitchen fantasy, chock full of tried and true recipes contributed by the gay and lesbian members of a congregation doing its best to help fight in the war against AIDs. It’s been mostly forgotten – until now. 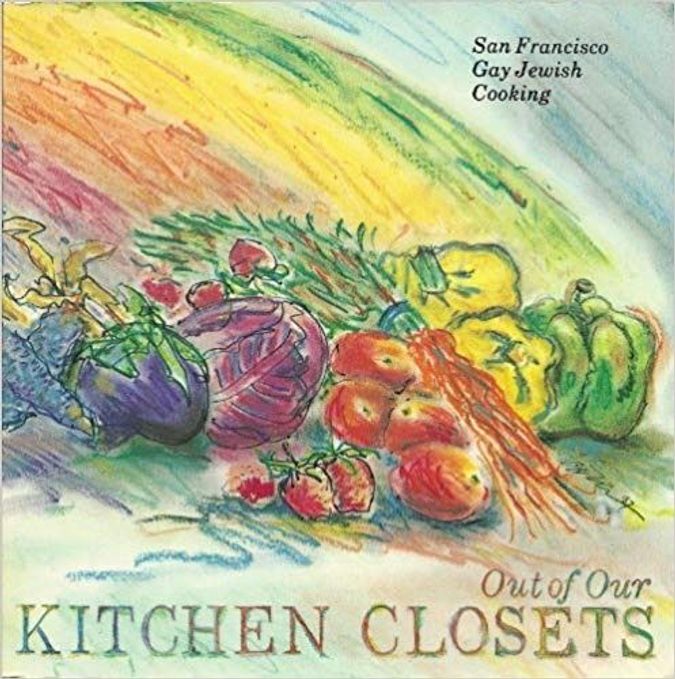 Published by Congregation Sha’ar Zahav on June 1, 1987, the cookbook doubles as a history of how this famously LGBT congregation got started. When it was founded, in 1978 people doubted that a LGBT synagogue could ever last. The members even called themselves “Reconformadox” because of their diverse member groups, stemming from Conservative, Orthodox and Reform backgrounds.

But the synagogue is still in operation today, operating out of what was once a Christian funeral home, with a member base of about 350 family units. Early on, in 1981 they were admitted into the Reform movement. They were the third LGBT congregation ever to do so. 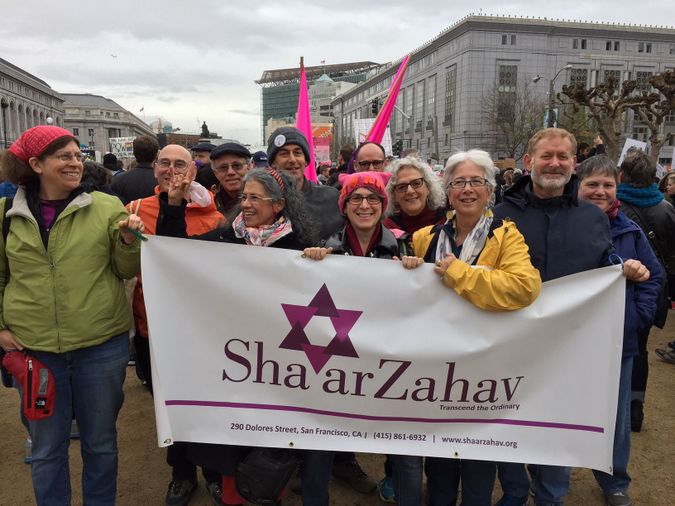 Congregation Sha’ar Zahav began as Achvah, an organization of gastronomically-minded Jews who related to their Jewishness by getting together to eat chopped liver a couple of times a year. Creating a cookbook made sense for a community that began with a love of Jewish food. 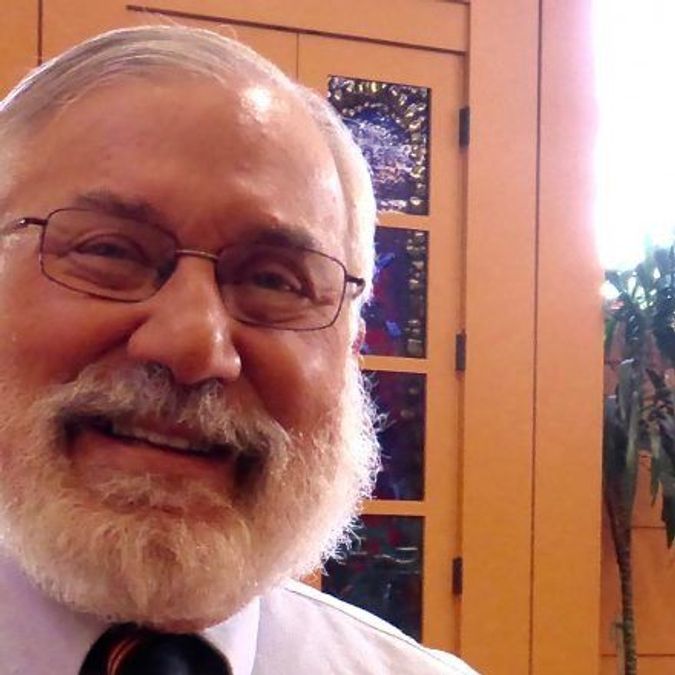 Daniel Chesir, Chair of the Ritual Committee, wrote that the first Hannukah of the synagogue, “the men made the latkes and the women didn’t. In 1977, this was a big thing.” Another member, Ron Lezell, wrote that on the last Friday of November 1978, a regularly scheduled Shabbat service turned into an impromptu memorial service for the assassinated gay and Jewish community spokesman Harvey Milk. The quick way the synagogue mobilized to honor a fallen LGBT spokesperson helped make Congregation Sha’ar Zahav the LGBT home it is today. The entire synagogue took pride in marching in the Gay and Lesbian Freedom Day Parade, singing Hebrew songs.

Sha’ar Zahav created its own liturgy, with blessings like “Bless you, She our almighty but non-aggressive Concept, who creates the crust of our quiche.” The discussion of whether or not to use the Hebrew word ‘Adonai’ to refer to God took a whole two afternoons to resolve. The congregation even copyrighted some of its prayers and published its own prayerbook. 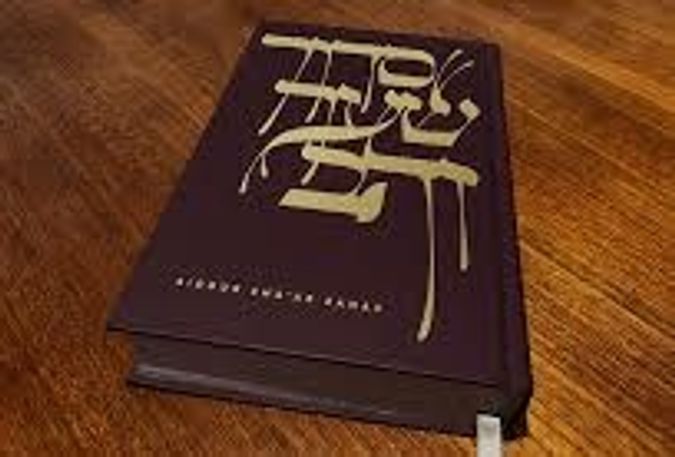 Sha’ar Zahav even had its own weekly newspaper, The Jewish Gaily Forward, .

In the spring of 1982, AIDS hit the community. The Women’s Havurah sponsored a blood drive to offer their help. Men provided hospitality, offering cookies, foot massages and playing music to the women who donated blood. Paul Cohen, president of the congregation in 81-82, was the chair of the Sha’ar Zahav Bikkur Cholim, which committed itself to providing support to ill members. “I had a zip code directory,” he told me. “Every time I got a call from someone who was sick, who needed help, I looked up a member in the directory. We never got a rejection from a single member.” 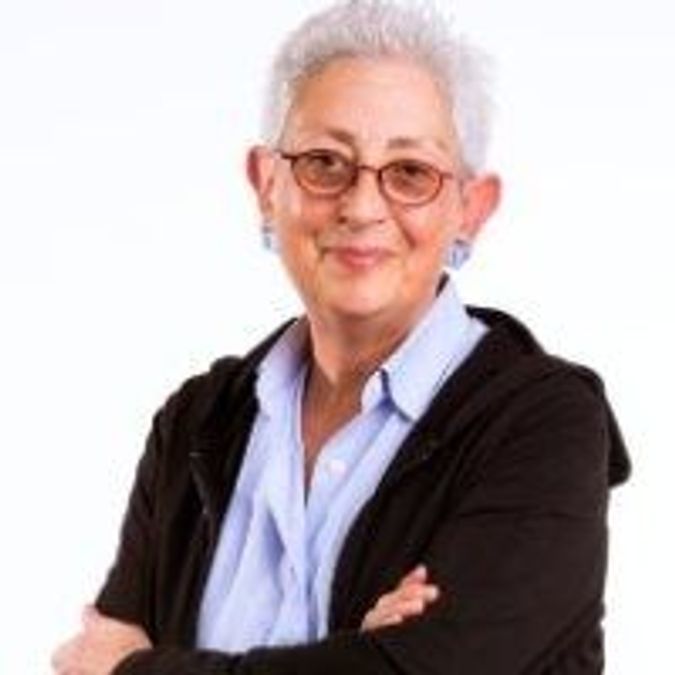 The AIDs crisis devastated the Sha’ar Zahav community. “We would go to the hospital on Sundays to have brunch with the AIDs patients,” said Irene Ogus, another former president of the congregation. “It was during a time when no one else wanted to visit them.”

“The Kaiser hospital didn’t have a cafeteria,” Cohen told me. “We provided fresh cooked foods. We got a quartet from the San Jose symphony in, we fed patients who were sick, we fed families who were just discovering their sons were gay and sick to boot, we sent food up to people who were too sick to come down.”

But the cookbook was Susan Unger’s brainchild. “I was a young adult living in San Francisco in the 80’s, and the HIV epidemic was really coming at us full force and I wanted to do something….Had the AIDs crisis not been going on, I’m not sure I would have thought of the idea,” Unger said.

From start to finish, the project took about 12-18 months. The process involved queer members reaching out to the families they had been alienated from, for traditional family recipes to fill the cookbook. “The project provided a way for young people to reach out to their parents and grandparents,” Unger told me. 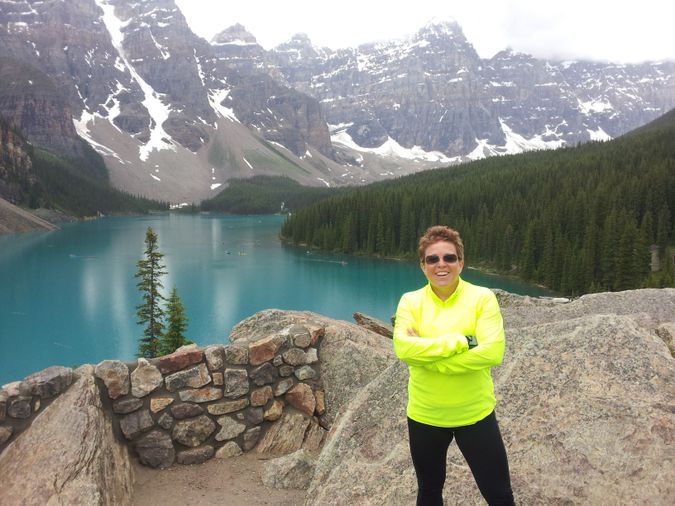 And why a cookbook? There’s the history of the congregational cookbook, for one. “I still have a cookbook my mother got from her congregation,” Unger told me. “It’s universal, it’s about holidays and togetherness.”

“We’re Jews! We eat! We love food!” Ogus told me. “And not to stereotype, but gay men really like to put on the dog when it comes to food and entertaining. What better way to raise money for the food bank than with a cookbook?”

Food has always found a home in queer culture. “Food has become a trope by which the queer community has found commonality, sought visibility, championed diversity and encouraged activism,” wrote Jeremy Allen recently for the New York Times.

“I’m going to say this to his face: Thank you James Beard for making a fat, gay man a powerful thing!” Jewish chef Michael Twitty declared upon winning a James Beard award. James Beard himself, essentially the face of American cooking, was a gay man who had been given the boot from Reed College for kissing a male companion.

John Birdsall argued in his trendsetting piece America, Your Food Is So Gay that it is the queer sensibility in the kitchen that helped declare the pursuit of pleasure at the table as a political act. This is the contradiction of eating, and of cookbooks. Everyone has to eat. Cookbooks are a safe space where people can share ways to nourish each other.

“It’s a whole other type of gratifying to hear from other women what it means to them to see the word ‘wife’ written so often by another woman, especially in a place as familiar as a cookbook,” Julia Turshen once told me in an interview.

Ogus was intimately involved in the production of “Out of Our Kitchen Closets,” working on everything from the layout of the cookbook to painstakingly crafting the index in the back of the cookbook, in the days before databases. “We had all kinds of arguments while making the cookbook,” Ogus told me. “We had 150 recipes, each had to be tested, that was fun, but we fought about everything, from which recipes to the name of the cookbook.”

When it came time to determine the title of the cookbook, forty people showed up and crammed into a tiny classroom, each with their own ideas. The meeting went on for hours. When they finally settled on the title of “Out of Our Kitchen Closets: San Francisco Gay Jewish Cooking,” the congregation was thrilled.

Another argument Ogus recalled involved a segment of the congregation that identified as radical feminists. Someone suggested a Pasta Puttanesca recipe for the cookbook. The women, incensed, declared that they wouldn’t have a recipe named after whores in their cookbook.

Recipes were contributed by members of the shul, from Steve Unger’s Avocado-Dijon Omelets (exhibiting a love for avocado that was far ahead of his time) or Don Albert’s Strawberry Souffle Omelet, which he suggested you serve to your parents on Sunday brunch when you invite them over to meet your new lover.

A cookbook is a way of preserving life, or a way of living life. There were recipes for the adventurous, like Japanese Pumpkin Soup, but there were also multiple recipes for the loyal food traditionalist. Jewish recipes abound in this cookbook, from Ukranian Blintzes Brodsky to Gehachta Leber (chopped liver). It was a way for the congregants of Sha’ar Zahav to embrace their Jewish identity during a time when most Jews considered homosexuality an aberration.

There is no direct mention of AIDs in the cookbook, but there are hints to it. Dedicating recipes to men whose last names aren’t listed can’t help but carry a whiff of the ghostly. The cookbook was a queer way of trying to commemorate fallen comrades, or current comrades, in an era when no one was sure who would be next.

“The community was suffering because so many people were dying and sick,” Cohen said. “Producing the cookbook was a sign of life. We’re welcoming because we know what otherness means. We have a sense of the importance of making people feel comfortable.”

“It made a statement to these parents from people who left their families of origin. It said this is my new chosen family and we’re still perpetuating tradition,” Ogus said. The copies flew off the shelves. 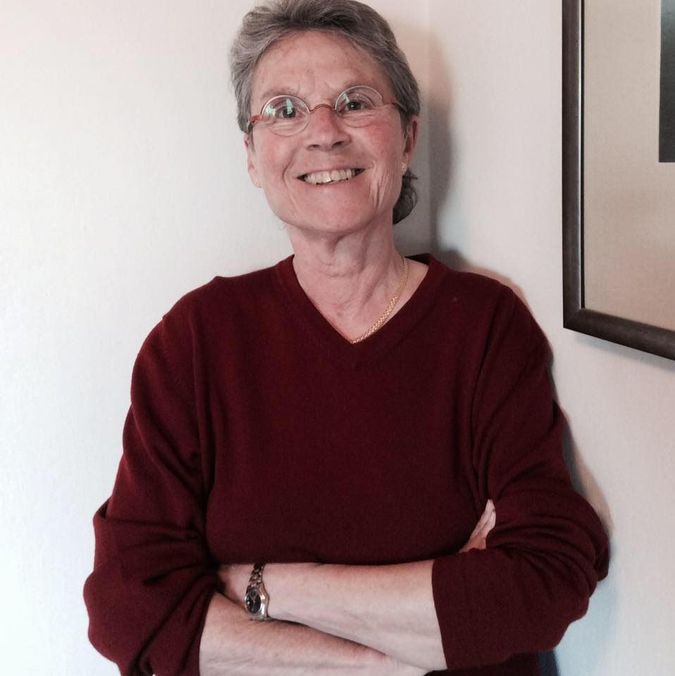 Sharyn Saslafsky did the marketing and public relations for the cookbook. “In those days it wasn’t easy to promote anything with the words gay or lesbian in it,” she told me. Considering that, the title of the cookbook, San Francisco Gay Jewish Cooking, becomes a bold statement in and of itself. Saslafsky sent out 150 books to media outlets and synagogues, hoping someone would pick up the story. A few local outlets did.

Shira Feder is a writer. She can be reached at [email protected] and @shirafeder

During The AIDS Crisis, This Gay Jewish Cookbook Kept A Community Together