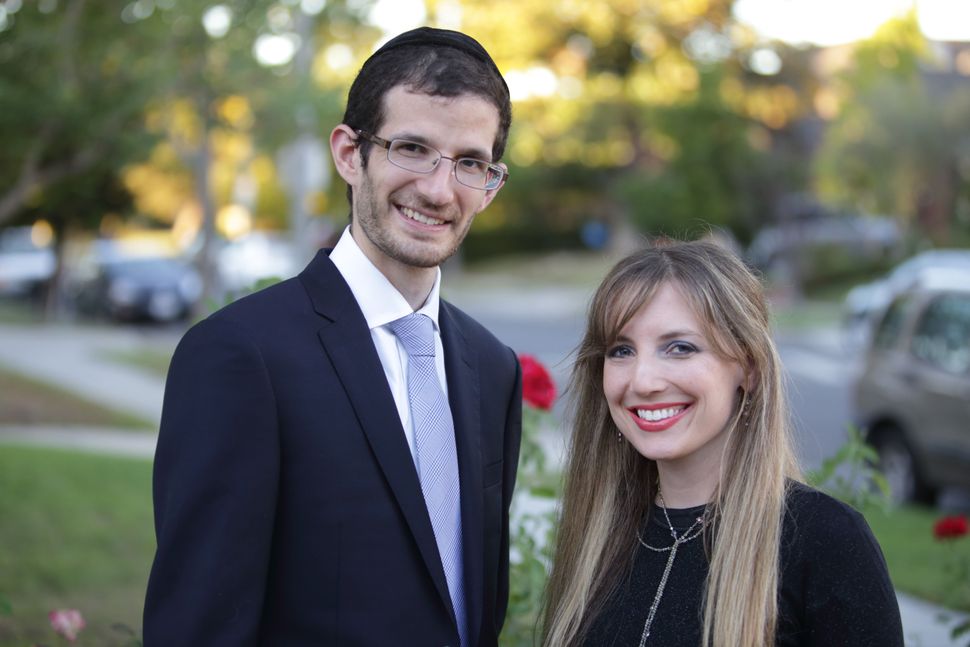 Brooke, 30, an Orthodox woman divorced for six years, wants a meaningful relationship that will lead to marriage, but that is proving to be a challenge. She has tried matchmakers, popular in her circle, but most of them don’t give thought to the matches, ignoring her personal qualities and tastes. She’s tried Jewish dating sites too. But, she finds them “free for all and creepy.” Many of the men want to date casually, or just hook up. Some even create fake profiles.

In 2018, being Orthodox no longer offers the security of ongoing community support, and for single millennials, finding a partner is a solitary pursuit. While Jewish communities still value marriage and family above all, the burden of coupling falls on the singles. Yossi, 32, and Shira Teichman, 31, a married Orthodox couple from Los Angeles have drawn on their life experiences to create a technological solution to this dilemma. Together with life coach Shiffy,Lichtenstein, they are the co-creators of forJe a dating app for Jewish singles, like Brooke, who are seeking long-term relationships. 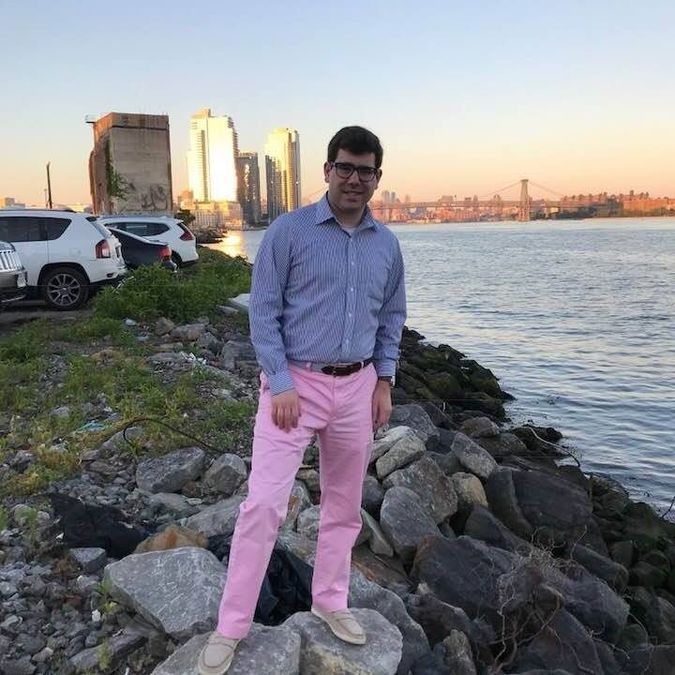 Chaim Orzel, 27, who grew up in a “very Orthodox home” and now describes himself as “Conservadox”, is ready to give the new app a try. He bemoans the shallowness of dating sites that promote pretty profiles and impressive job titles over internal gifts. “The problem is that it’s making marriage a transactional experience. What happens if a guy loses his job, or he has a stroke, heaven forbid? External things won’t keep a marriage together.”

The Teichmans share this view. “We both have PHDs in dating,” says Shira wearily, in a telephone interview with this reporter. Before meeting one another in 2014, she says: “We had gone to all the matchmakers and the singles events. We were meeting a multitude of people, but nothing was working.” Yossi recalls that most dating coaches just gave advice on appearances.

The disappointment led Shira, who has an MA in education, to study with experts such as Leonard Carr, a psychologist who runs growth courses on relationships and “personal mastery” [https://www.leonardcarr.com/index.html], hoping to better understand herself. “I wanted to understand what drives me, what holds me back. Once I started understanding myself, I realized my dating was changing already. I was in a more powerful position to find the right partner.”

Shira decided to share this new sense of power and began running dating workshops called “Breakthrough Dating.” “Being able to develop a connection is a very tangible skill,” she explains. While Shira says many millennials will go on a date, not feel “a spark”, and then end the budding relationship, she believes they need to learn a process she calls “the anatomy of building a relationship.”

Positive feedback followed the early events. Out of 40 individuals at one of her first events, four ended up getting married. So, when Yossi entered the picture, the workshops became a shared passion. After each event, the couple would distribute surveys, later reviewed by psychologist Rabbi David Pelcovitz, chair of education and psychology at Yeshiva University.

Statistics in hand, a year and a half ago, the couple began serious work on forJe. Yossi worked with a team of other programmers to code what he calls “the first dating app to use Artificial Intelligence.” To screen out fraudsters, the app requires users to scan their drivers’ license. That information is then compared to the information provided from Facebook or Google when the user makes a profile. Once the app is satisfied that the individual is not a scammer, personal information is deleted and never shared, Yossi says.

The need for such a high level of user safety is the result of an increase in catfishing, or the act of luring someone into a relationship based on a false online persona. Since 2005, numerous websites like romancescams.org and Facebook forums have been created to help victims of these crimes. In the last six months of 2014 alone, the FBI reported that 82 million dollars of money was stolen through such scams, as reported by the podcast Criminal.

Ben Rabizadeh, the CEO of JWed, a Jewish dating site in which over 50% of users are Orthodox, said that his site faces threats from these international scammers. Fraudsters create fake profiles, get into an online relationship, and then ask for money.  “We screen out a large majority of fraudulent profiles during initial signup; but occasionally something slips through and in those cases, we promptly respond to complaints and remove users who are not eligible to join JWed.”

ForJe’s decision to increase security is also a response to locals who lie about their marital status on Jewish dating sites. Rabizadeh says he is shocked to hear of religious married men saying they are single to pursue single women. “This has never come up except for the rare circumstance where a couple is separated and not yet legally divorced.”

But women interviewed for this article say it does happen. Brooke describes her worst experience – a man who created four different profiles and even changed the cadence of his voice when speaking on the phone as the various personas. “He also had a wife and girlfriend,” she added. “There are men who are married or in relationships and lie about their status,” says Jackie, 32, who acknowledges that she finds dating sites helpful, despite the perils.

ForJe is taking these reports seriously. And the next step in creating a profile is also aimed at screening out fraudsters. Users must answer a lengthy series of multiple choice questions. The type of questions reflects the Teichmans’ interest in self-knowledge and include probing queries such as “If you won a large sum of money, how would you use it?” and “How do you determine if you’ve had a good week?” The list takes a while to get through, but the time required has an objective, according to Yossi. “We want to weed out people that are just looking for hook-ups,” he says emphatically.

As users answer more questions and interact with the app, it is programmed to get to know their unique selves – at least as well as a machine can ‘know’ a human. Every day, users are presented with up to three matches. The low number of potentials is also there to encourage committed dating. There is no opportunity for rapidly judging the attractiveness of scores of photographs, a practice associated with other apps.“

Most dating apps today are not really dating apps. They are social media platforms and have all the features Facebook does. They just want people to be addicted and stay in. We aren’t interested in that. We are interested in you finding compatible matches.” But will singles trust a machine to set them up?

Jackie, who describes herself as Jewishly “traditional”, says she would give the concept a try. “Seems like anything would be better than the matchmakers at Saw You at Sinai,” she says, naming a popular Orthodox site which uses remote matchmakers to set users up. “Machines aren’t focused on what they get out of it, so that would probably be more accurate matching,” agrees Brooke, referring to matchmakers in general.

The app is potentially great news, according to Rabbi Mark Wildes, an Orthodox rabbi who founded and directs the Manhattan Jewish Experience, an organization where millennial men and women in their 20s and 30s can explore Jewish life and meet new people. “Any kind of technology that allows people to be more honest will be helpful to more serious-minded daters.” he says. However, he cautions that young people overuse technology for dating – breaking up over text and not giving shy people a chance. “People are not as fast as computers,” he says.

Another challenge he has observed is that millennials have lost their faith in marriage. When it comes to the challenges faced by Orthodox singles, Rabbi Wildes thinks the answer may lie in grassroots matchmaking. “It should be a mandate for every young couple in the first 24 months of their marriage to fix people up. We need to increase the pool of matchmakers. Feeling a little gratitude that you found that special someone? Pay it back.”

But while Jewish singles wait for their married friends to set them up, they are finding ways to empower themselves. Signing up for an artificially intelligent matchmaker is one way to do that.

Another form of empowerment is taking a chance on love, says Orzel. He believes the Orthodox single crisis can be solved by a collective change in attitude. “In Hebrew ahava means love, the root word, hav in Hebrew is to give. So, to love someone, you must give to that person. Without giving, there is no love. In our dating life today, there is no concept of unconditional love.”

Suzanne Selengut writes feature stories about global Jewish issues and the arts. She is based in New York City.