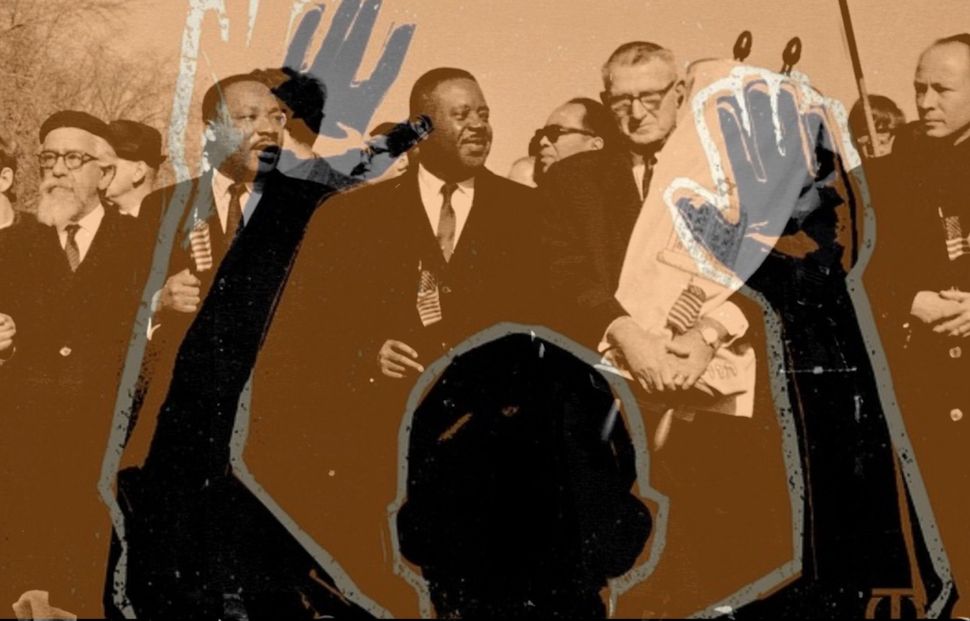 Each year around Martin Luther King Day, my Jewish high school on the Upper West Side would gather for an assembly marking our community’s namesake. The school was named for Rabbi Abraham Joshua Heschel, a Jewish leader remembered for his commitment to advancing civil rights.

In the annual gathering, we would look at old photos of Rabbi Heschel marching alongside Dr. King and listen to speeches on the legacy of their joint march to Selma. In pictures and song, we paid tribute to the history of the “Black-Jewish alliance.”

I don’t remember the precise age, but at some point the nostalgic speeches began to ring hollow. I began to question why, in these talks and assemblies, we were always looking back. We were dissecting our community’s historic commitment to civil rights as though the movement had ended in the 1960s, without a mention of our place within the ongoing U.S. movement for racial justice.

Where was the space for conversation on the Jewish responsibility to fight for an end to mass incarceration, police brutality, the often life-taking manifestations of white supremacy today?

The reality is, many Jews continue to show up for racial justice, but the Black-Jewish alliance romanticized from the Civil Rights era has changed fundamentally. Some Jewish institutions, like Bend the Arc and Jews for Racial and Economic Justice, demonstrate the community’s ongoing collective commitment to justice. But at the same time, contemporary Black-Jewish relations are complicated by a history of tensions, riots, and ideological divisions, particularly by the racial privilege that white Jews experience and often fail to name. Growing up, that’s not a history that I heard my community reckon with and confront. When we waxed nostalgic about Rabbi Heschel and Dr. King, rarely did we dive into the thornier narratives. 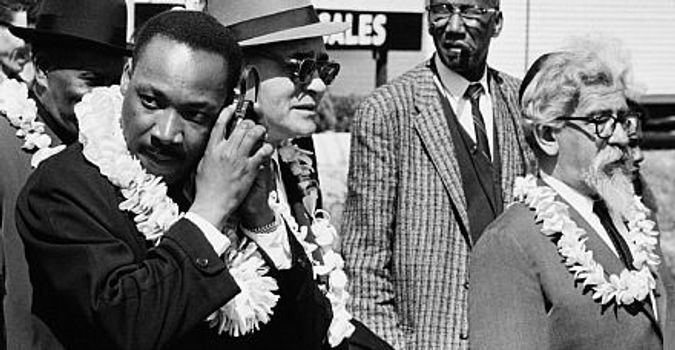 That’s a problem if you believe that a legacy is something to be maintained. It isn’t an artifact that you carry; it’s something you nurture actively, something you continue to build and tend so that it doesn’t lose all meaning. The way we talk about Black-Jewish relations is so often in terms of history, and so rarely in terms of the messy conversations necessary for ongoing communal growth.

From the release of Robin DiAngelo’s White Fragility: Why It’s So Hard for White People to Talk About Racism to the Racial Imaginary Institute’s launch project On Whiteness, we are seeing a long overdue reckoning with the role of all white people in reinforcing white supremacy. For Jewish educators, it’s an imperative moment to re-examine the way Black-Jewish relations are narrativized in American day schools, particularly as we head into a new school year.

One of the deepest challenges in the way Jewish day schools educate about Black-Jewish history is the difficulty of teaching race relations in an almost entirely white environment. Because of Jewish day schools, approximately 255,000 Jewish students experience K-12 education in a way that is predominantly, if not entirely, white. About 30% of those, or 76,000 students, are in non-Hasidic schools that identify as either Reform, Conservative, modern Orthodox, or community-independent. Increasingly, Jewish day schools are more inclusive of Jews of color and reflect the diversity of the broader community — but these are historically white institutions. My day school class was almost 100% Caucasian.

Jewish day school education is a powerful experience, one of the most acute forces for maintaining a sense of culture, ritual, and history in the American Jewish community. Yet parents who place their children in these schools are still making a conscious choice — in selecting an education focused on Jewish tradition, they compromise the opportunity for their children to learn in environments more reflective of the country’s racial, ethnic, and socioeconomic diversity.

In these racially homogenous educational environments, we can teach about black-Jewish relations and the history of civil rights, but we know that to teach diversity and to experience it are fundamentally inequivalent. As Bryan Stevenson says, “You can’t understand most of the important things from a distance. You have to get close.”

For many Americans, primary education serves as the first site when students begin to unpack their experiences of race, identity, and privilege.

Robin DiAngelo’s new book White Fragility: Why It’s So Hard for White People to Talk About Racism speaks to the powerful impact wrought by the racial dynamics of our classrooms. She writes: “Predominantly white neighborhoods [or classrooms/environments] are not outside of race — they are teeming with race. Every moment we spend in those environments reinforces powerful aspects of the white racial frame, including a limited worldview, a reliance on deeply problematic depictions of people of color, comfort in segregation with no sense that there might be value in knowing people of color, and internalized superiority.” DiAngelo writes that one of the most insidious lies that racism tells is that white people stand to gain anything from racial segregation, and especially racially segregated classrooms.

Racial segregation is deeply rooted at every level of the U.S. education system, in public and private schools. In Jewish day schools, the racial dynamics rarely get spotlighted, perhaps because they are so obvious and so seemingly difficult to rectify. But the whiteness of American Jewish day schools is a force that needs to be named, especially in efforts to teach about racial justice. To have a conversation about race in a space without naming its predominant whiteness is like talking about class with next-door neighbors on the Upper East or West Side — you only hear new shades of your existing beliefs.

If Jewish day schools are to continue teaching Black-Jewish relations in almost entirely white environments, these institutions need to seriously consider what it means to help their students confront their white Jewish privilege. Far beyond just teaching about civil rights and the legacy of slavery, this means explicitly unpacking whiteness and white fragility. This also means teaching anti-Semitism not as an isolated phenomenon, but as a force that props up broader white supremacist systems. There are ample resources available for educating about whiteness, from DiAngelo’s book to Janice Erlbaum’s Confessions of a White Savior and Leslie Mac and Marissa Janae Johnson’s Safety Pin Box. Sophie Ellman-Golan, Heather Marie Scholl, and Rhiannon Childs have developed a workshop on confronting white womanhood with helpful inspiration for educators to draw on, and JFREJ offers readings and workshops on anti-Semitism’s role in white supremacist systems.

Part of the methodology of Jewish day schools is a focus on ancient texts as a means to understanding how we show up and live in modern times. What if we could apply this approach when we teach more recent Jewish history as well? Let’s look at the stories of Jewish support for civil rights not as relics of the past, but as an invitation to confront our privileges and commit to being part of the long-term battle to dismantle white supremacy today.

Emma Bronznick Goldberg is a writer and activist living in New York. She holds a Bachelor’s degree in political science from Yale and a Master’s in Gender Studies from the University of Cambridge.