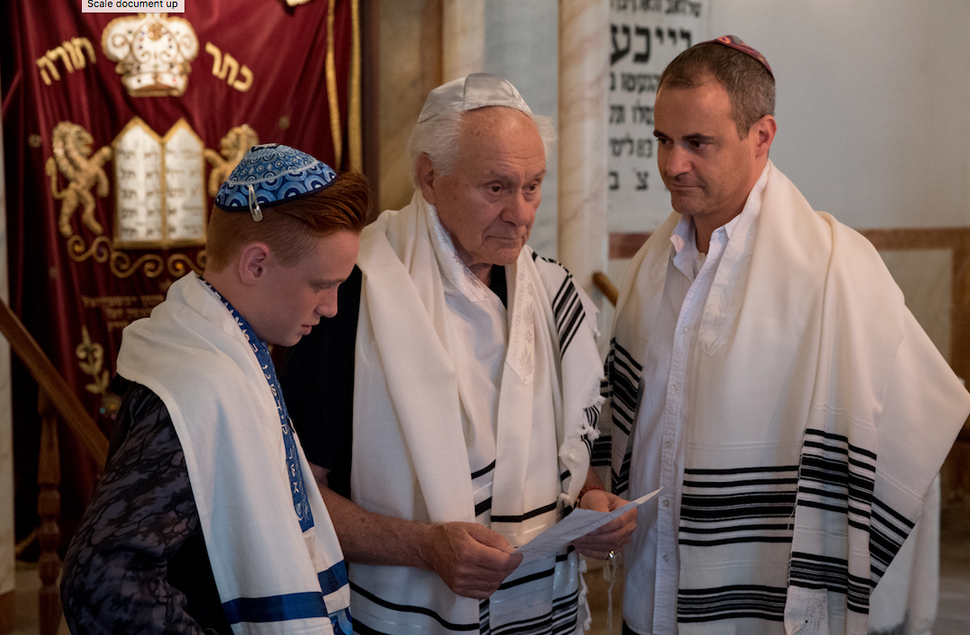 The first time was in 1946 when Epstein, a child Holocaust survivor, was called to the bimah to become a bar mitzvah at the Reicher Synagogue in Lodz, Poland.

He was only eleven at the time, and according to his daughter, Risa Epstein, national executive director of Canadian Young Judea in Toronto, it was “because he had no father and so he was called to the Torah at a younger age, to take on the responsibilities of a Jewish man.” 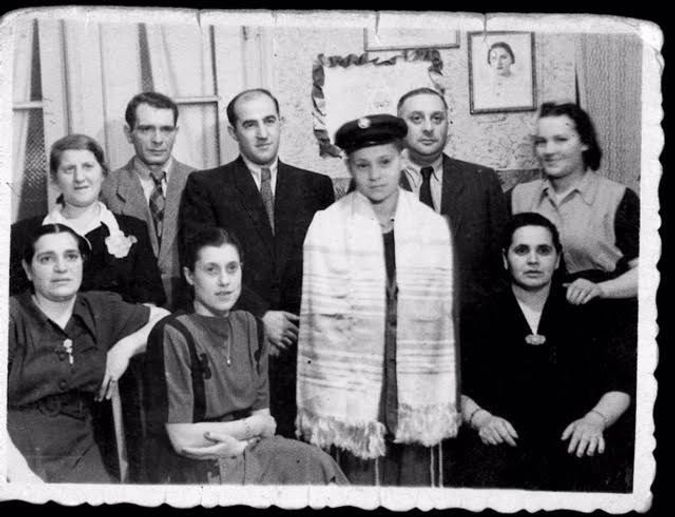 While Epstein’s recollection of the war years are vague, certain memories still stand out. “The last ghetto we were in was the Rovno Ghetto…I remember the night that the ghetto burnt down, elderly men wrapped in their talleisim [prayer shawls] jumped into the fire rather than die at the hands of Germans. I was not afraid because my father was with me. I believed that the tallis would keep these men safe. My father was a religious man and he gave me this faith in God, so I wouldn’t be afraid.”

Epstein’s father, Hershel, was later shot and killed in broad daylight, after leaving the bunker where their family was hiding in search of food. When he did not return to the bunker, his wife went out in search of him only to be told by some local farmers they had murdered him while they were drunk.

“It was a Sunday and they must have come back from church, they were drinking and celebrating their Sabbath,” Philip Epstein recalled. “Instead of bread, they decided to have fun. My father was a very tall man and they wanted to see how many bullets it would take to kill the big Jew. The first bullet hit his shoulder. He wrapped his arms around his legs and begged them to stop, who would protect his son. The second bullet killed him. This they told my uncles when they went to look for them the next day. They were sorry, and they gave them a slice of bread for me as atonement. A slice of bread was the worth of a Jew.”

“Many years ago, when speaking to my dad about these pictures, I naively said how happy he looks,” Risa later recalled. “He looked at me like I was an idiot. He told me that it was the saddest day of his life. All he wanted was his dad to be there, and without his father life in those early days after the war had little meaning. My dad’s earliest memories are of fear, hiding, starving and loss. There is no laughter that infiltrates his stories, no games or songs that are recalled. My Dad was old before he was ever young and scarred before any good memories could be made.”

While Philip Epstein’s children cannot rid their father of those early memories, they set out to create new ones.

During a trip to Israel in 2011, Risa’s brother Mark (also a Toronto resident) decided that when it was time for his own son Nathan to become a bar mitzvah in 2018, he would bring their parents back to where their lives began after the war to create a new memory.

“We would go to Lodz, open the Reicher synagogue, bring back the chanting of Jewish voices to this sacred ground and replace a sad memory with a happy one,” Risa said. 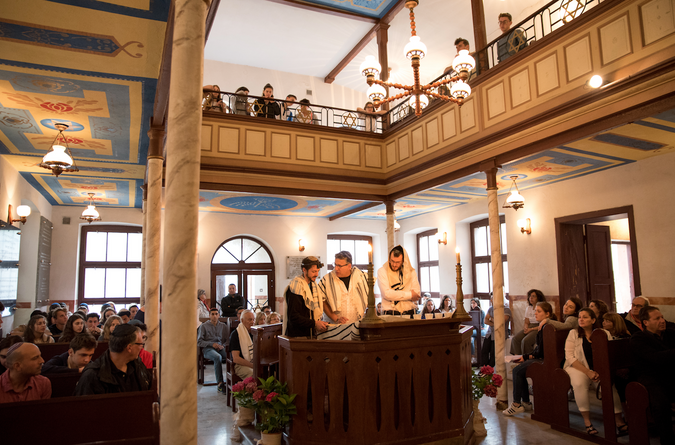 Before World War II, Lodz had 233,000 Jews living there, roughly one-third of the city’s population and the second largest Jewish community in Europe.

Today, the city has no Jewish community, and though the Reicher Synagogue still stands, it hasn’t operated in 50 years.

Risa was set to lead a Canadian Young Judea group trip to Poland around the time of Nathan’s bar mitzvah. It took a year for her to gain access to the Reicher Synagogue — a year of tireless calls and correspondences with local Polish authorities, who finally agreed to open the sanctuary, on the grounds of a tourist group’s visit. 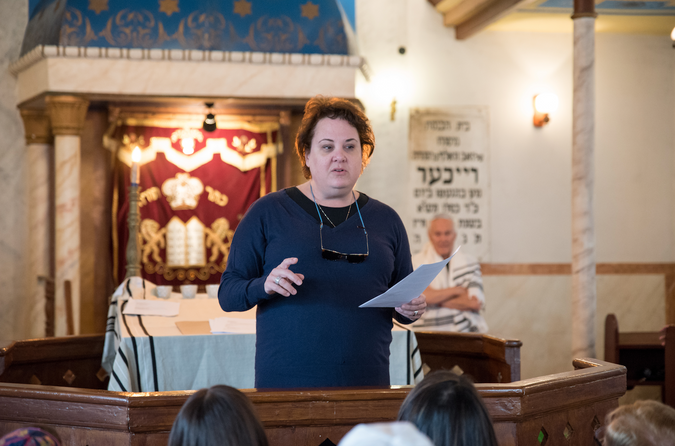 Risa Epstein speaking at her nephew’s bar mitzvah in the Reicher Synagogue. Image by Gabriel Helfant

Risa invited Krakow-based Rabbi Dawid Szychowski to join, along with a Torah scroll.

On July 2, 72 years after the first time he was there, Philip Epstein once again stood on the bimah of the Reicher Synagogue, in front of one hundred attendees. He tried to hold back his tears. “I survived and I was granted the years to be with my beloved wife, children and grandchildren and share in their many simchas. But what I can tell you is, that when I walked out of the forest, I left my father who was so dear to me and my childhood.”

“This trip really puts things into perspective for me,” Nathan said, when he got up to give his bar mitzvah. “Those talks at the Friday night dinners about the Holocaust, always talking about the Germans, talking about Israel, and about Poland. I finally get to see this in person and understand the true importance about my heritage. I love you Zaida. And I thank all of you for coming, and for bearing witness today for all the Jewish boys who perished and were never bar mitzvahed.” 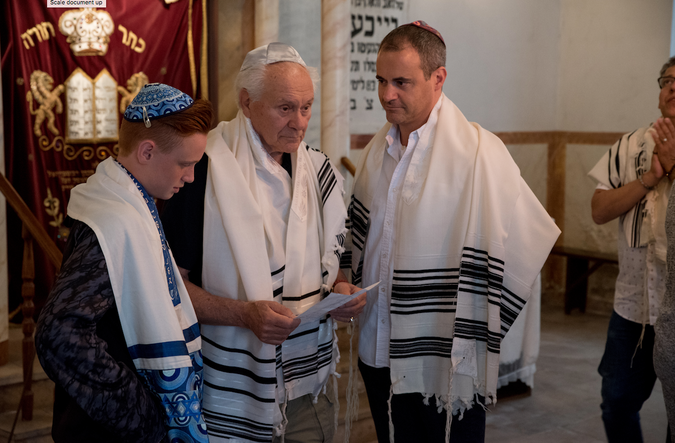