The Ultimate Glossary To Surviving Synagogue 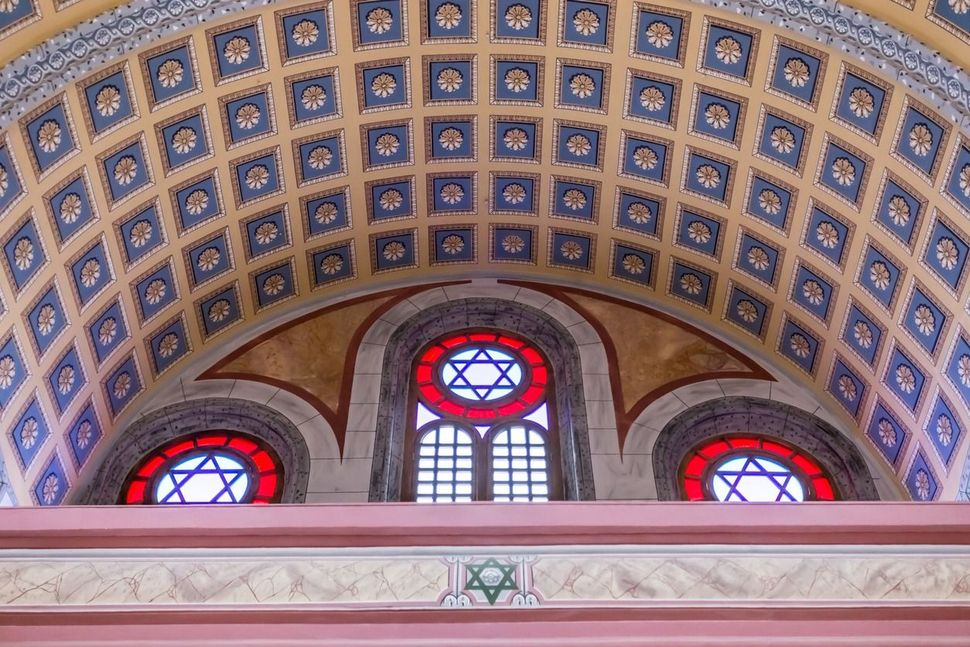 Whether you participate in Jewish prayer three times a day or two times a year, entering spiritual spaces can be a linguistic minefield. Rich tradition plus an ancient language is a recipe for beauty, but also for confusion. Here’s a handy glossary to keep you informed from the moment you pop open the siddur to when you take your first bite at the oneg.

Synagogue vs. Temple vs Shul : Oy, okay, let’s do this. They’re all words that can be used interchangeably to describe Jewish prayer spaces, but different Jewish communities might favor one over another. “Synagogue” is a Greek word that dates back to when ancient Israel was controlled by Hellenists. Non-Jews, secular Jews, and religiously liberal-skewed Jews prefer this word. “Shul” is Yiddish, and it’s a word that tends to be used by Ashkenazi Jews in Conservative and Orthodox communities. And “Temple” comes from the language used to describe the holy temple of ancient Jerusalem, but is a word that was reclaimed by the Reform movement, who wanted to invoke that ancient Jewish tradition. All are good options.

Siddur : Prayerbook. Different communities use different prayerbooks, usually based on denomination — a Reconstructionist synagogue would likely have a prayerbook designed by the Reconstructionist movement, and so on. Depending on the denomination, siddurim (the plural) may or may not have english translations, transliterations, and supplementary readings.

Chumash : The bound book the size of a dictionary that you find under your seat or in front of you in a sanctuary. It comprises just the five books of the Torah. A surprisingly fun read if you get bored during services! You will learn more than you ever believed possible about sacrificing goats.

Aron : The ark where the Torah is kept. If it opens, you should stand up (if you’re able). They are usually situated so that when you face it you are facing in the direction of Jerusalem. Also goes by the name “aron hakodesh” — the holy ark. Sometimes it’s just a box, sometimes it looks like an elaborate mini golf structure.

Bimah : The platform the Rabbis stand on. Calling it a “stage” is a faux-pas.

Sifrei Torah/Torah scrolls : The holiest objects in Judaism. A Torah scroll is the Torah — the five books of Moses — hand-written on one long scroll of parchment and wrapped, traditionally, around two poles. For a Torah to be considered kosher it needs to be made to a series of intense specifications, from using parchment made from the skin of a kosher animal, to containing exactly 304,805 letters. (Forgive us, but they really went ham on the number of rules for this one.) Torahs are exquisite, expensive masterpieces made by expert scribes called sofers, and are treated as physically precious — wrapped in finery and kept in an aron, and a Torah’s parchment is only ever touched by a yad (a ritual pointer,) not a human finger, to avoid the transfer of oils onto the delicate material.

Mechitza : The physical divider Orthodox synagogues often use to differentiate between men’s seating and women’s seating. There are as many types of mechitzas as there are types of embroidered kippah designs, so, countless. Sometimes it’s a literal wall that runs from the ceiling to the floor. Sometimes it’s a curtain. Often it’s a kind of latticed grate or portable wooden panels. Sometimes it’s just a row of decorative plants, suggesting a divide. Many mechitzas are around six feet tall, not fully dividing a room. In other cases, women may be in a balcony area above and behind the male prayer space, with or without a grate or wall separating them from the sanctuary. Perhaps the most famous mechitza is the one that exists at the Kotel, the Western Wall, in Jerusalem.

Minyan : The word “minyan” means the group of ten Jews which halakhah (traditional Jewish law) mandates must be present for certain Jewish ritual, including group prayer, to be performed. Orthodox congregations define a minyan as requiring ten Jewish men, while progressive congregations may interpret a minyan as any ten Jewish adults, meaning Jews over Bar or Bat Mitzvah age. But colloquially, “minyan” may refer to a regular prayer service, as in “Our Shabbat minyan is lovely except for when the rabbi insists on underscoring every niggun on his electric guitar.”

Oneg or Kiddush : A social time with snacks or desserts hosted by the synagogue or a specific family, shared with the community. Usually after a service, sometimes before. Optimal for gossip and test-driving several different types of brownies (or herring, depending on the community).

Jenny Singer is the deputy life editor at the Forward. Email her singer@forward.com

The Ultimate Glossary To Surviving Synagogue