Rachel Cowan first came to Israel in the mid-1960’s with her then-new husband, the journalist Paul Cowan.

She was not Jewish at the time. She and Paul were freshly acquainted with the harsh reality of the American South, where they were volunteering then. And as they toured and volunteered in Israel, they witnessed the poverty and traumas of a young Israeli society, through their prism as civil rights activists.

As Paul began to explore his Jewish roots, Rachel joined him, eventually converting formally. They became religious together, attending Ansche Chesed synagogue on Manhattan’s Upper West Side. Cowan studied Judaism at both the Conservative movement’s Jewish Theological Seminary of America and the Reform Hebrew Union College-Jewish Institute of Religion, where she earned her ordination.

Years later, now Rabbi Rachel Cowan, became the director for Jewish Life at the Nathan Cummings Foundation. Her portfolio included the possibility of supporting projects in Israel. She spent 14 years in that role, from 1990 until 2004, developing deep relations with Israel and leaving a profound imprint on a large group of Israeli activists. The 1990’s were turbulent years in Israel: The Oslo accords that ripped Israeli society apart, the assassination of Yitzhak Rabin, an escalation in terror and violence, the strengthening of the religious and national right-wing.

Rabbi Cowan was looking for new spiritual responses and sources of renewal among Israelis.

As a foundation professional, she had the capacity to provide financial assistance to creative initiatives in Israel. A good portion of her activities, though not exclusive, was connecting to new expressions of Jewish culture and spirituality that were growing in Israel. Rachel identified a real thirst for alternative expressions to Judaism, particularly among second and third generation sabras. She traveled to Israel on a regular basis and searched for new ideas. And she found them: (mostly) young Israelis who broke out of the rigid Orthodox/secular divide, who were looking for something else in text study, ritual, community-building and Jewish peoplehood. She commissioned research projects and stimulated the creation of coalitions and partnerships.

But Rachel was not a typical grant officer of a philanthropic foundation. She was a total person, who immersed herself in the subject that she humbly supported. With her charming contemporary Hebrew that she acquired, she made deep friendships with a whole generation of Israeli Renaissance activists and leaders. She midwifed a range of initiatives that paved the way for a robust pluralistic Jewish scene that is active in today’s Israel.

And with that came the friendships. The ‘grantees’ became her best friends. She visited their homes, went hiking with them, and came to celebrate their life-cycle events. She also made sure that there were Israelis involved in all her future programs in the areas of healing, spirituality, mindfulness and social action. And even without the Foundation hat, she continued to support endeavors in Israel.

But perhaps the most profound expression of this attitude was how she opened her home in Manhattan as a guest house for us, her Israelis colleagues and friends. At any given moment, whether when she was present or on the road, there were Israeli friends staying and enjoying her hospitality, meeting her friends and tasting Jewish life in New York. They jokingly called it: “Malon Rachel” (Hotel Rachel).

And as Israel turned more right-wing, intolerant, less progressive and more difficult to identify with, Rachel knew very well the difference between the deplorable government policies and the work of her friends. She knew that her friends were dedicated to combatting those trends and working to ensure that Israel will develop as a democratic and Jewishly pluralistic society.

This is the kind of Israel engagement that is so desperately needed today. Too many American-Israeli partnerships rely on formalities, on ignorance and on pre-conceived assumptions. The grassroots on both sides are not engaged in enough real dialogue nor in meaningful human interaction. Instead, we are seeing increasing signs of hostility or indifference.

We need an engagement with Israel that is based on familiarity and literacy, on empathy and effective philanthropy, on partnership and friendship. Hundreds of Israelis felt that through their personal relations with Rachel Cowan. 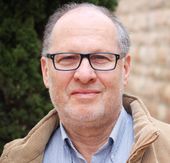 Rachel Cowan Tried To Heal The US Jewish-Israel Divide