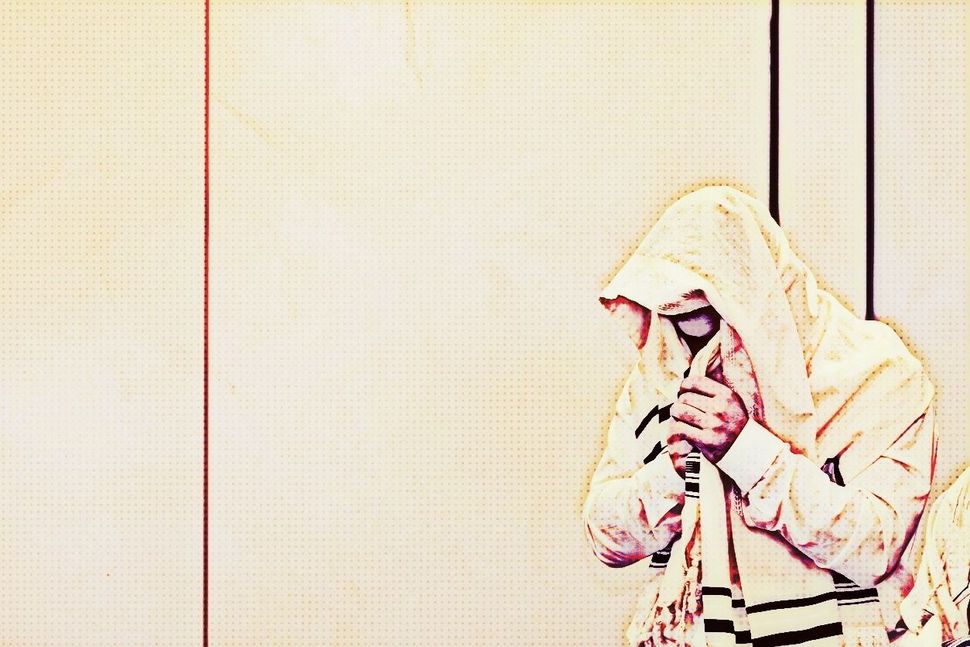 Like many families, I go into the Jewish holiday season with some sense of sorrow and regret. There is nothing sad about these holidays themselves — even Yom Kippur, a day of fasting and forgiveness is pervaded with a sense of hopefulness and expectation that God will forgive us and inscribe us in the “book of life” — but they, like all Jewish holidays, are built around families. They are filled with familial meals, traditions between parents and children, and it’s customary to get together with your extended families during these holy days.

And that’s where the sorrow comes in. My memories of Rosh Hashanah, Yom Kippur and Sukkot are family ones: walking with my father to synagogue, sneaking away with my sisters to find the candy man, my mother’s crazy orange sukkah on our front lawn. And most of them, the most powerful ones, are about my mother.

She died eight years ago, but her absence is still acutely found at our holiday table.

And these holidays, like all Jewish holidays, don’t allow you to forget about the ones you’ve lost. Not only are they missed at the miniature family reunions that mark our holy days, but each holiday prayer services includes a special prayer for the dead. Yizkor. Remember, written in the Hebrew imperative. A literal commandment to recall your dead loved ones.

I long ago stopped believing in the power of prayer, as my sporadic synagogue attendance probably proves, but I always make a special effort to be on time—early, usually, as I spend my morning fretting that I’ll miss it — to the Yizkor prayer. My wife reminds me before holidays to light a memory candle for my mother, and my sisters are always the first to ask what we’ll do this year for her yarzheit, the anniversary of her death, but I always know the date and time for Yizkor. For a while, in my synagogue, I often led the prayer, despite not being thought of as a “prayer leader” anymore.

When I speak to my mother at her grave, it’s about my kids and my wife and my job and my life, but it’s also about the beautiful view from her gravesite that she truly would have loved. It’s about small things she would have appreciated. It’s the new chandelier she would have thought we were crazy for buying, but she would have gushed over it. It’s about that movie we saw that we thought could’ve been a favorite of hers, and how the main character reminded all of us—me, my wife, my sisters—individually and independently of her.

And that’s why I’m still sad at the holidays all these years later. Death isn’t something you feel all at once; it’s a million moments stolen from you over the rest of your life, a continuum of questions that I have no one to ask anymore because only my mom would’ve known the answer.

Death is felt when she can’t adore the house you bought, can’t see how you decorated, doesn’t even know what your adult tastes are like. When she can never be proud of you for something you’ve done, when she can’t see the young adults your kids, her grandkids, have grown into. Death is when she misses my daughter’s bat mitzvah, or her son’s—my brother’s—high school graduation, or the births of her other grandchildren.

When she can’t join us at a holiday meal that only means something to me because she taught me that meaning.

At 29, I didn’t know enough to be saddened by these losses; at 38, they invade me. Sometimes, they consume me completely.

The last time I saw my mom, I had just moved back to America with two small kids, one far too young to remember her and almost too young for her to learn anything about him. And one who only remembers “Savta that died” in the tiniest ways: a detail here, and hazy memory there, the few pictures of them together triggering something. I left Israel for America in a rush, plans unmade and an apartment and car unsold, spurned by news, whispered in urgent tones to me over the phone, that my mom’s prospects had turned for the worse, that her cancer, so long managed (if that can be said about a fatal disease) had finally won. I felt unmoored, lost; I was heading to place in which I didn’t think I wanted to live, and for reasons I didn’t want to acknowledge. Now, I’ve made a real home here; my wife and I have grown in our careers; and our children are these almost teenage, real, wonderful people. People she would have loved to meet, would have needed to know, would have been so proud of.

The last time I saw my mom I was a different person. And she’ll never get to meet the one I am today.

That’s the largest lesson death teaches us: the difference between last and latest. What absolute is.

And every year at Yizkor, I think about that, like I do at the holiday table and at her grave: what would it be like if she was still here. How she would look at my kids at the table and how they would run to tell her what they learned that week in school and how terribly proud she would be of them. How much she would love our new family traditions at meals, how touched she would be by my sisters making her recipes, how surprised she would be that I bake now. That’s what Yizkor is about. It’s more than commemorating a death; it’s deeper than the performative rituals of lighting yarzheit candles and reciting kaddish and placing stones on a grave.

Yizkor is internal, intimate — a painful celebration of a life, rather than marking a death. Yizkor is a prayer that commands us to actively reflect on the memory of someone lost. To imagine her still with us. To understand what we lost — and what we continue to lose, with every passing day.

Eli Feldblum is a writer from New Jersey.