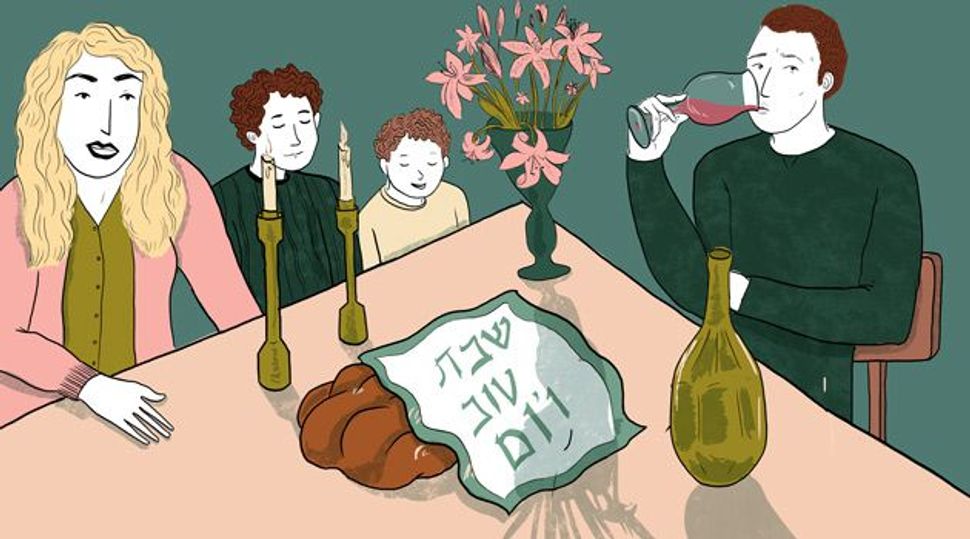 For several years, while earning my doctorate in clinical psychology, specializing in traumatic stress, I felt like I lived a double life.

My weekdays were filled with stories of trauma — I conducted countless evaluations of youth who had survived physical or sexual abuse, completed court-ordered risk assessments of minors who had displayed problematic sexual behavior, and engaged in trauma therapy with children and adults. This work culminated in my dissertation research, which examined how religion impacts survivors of sexual assault following their disclosure.

Yet my work stayed quite separate from my personal life — my Shabbat tables were usually filled with a mixture of Torah insights, conversations about the perils of commuting to work, and discussions about the best new TV shows to binge watch.

These two dissonant lives seemed to collide, over the last few months, as I found myself listening to community members weigh in about the #MeToo movement, the testimony of Dr. Christine Blasey Ford, and more broadly, on sexual assault and trauma. Listening to this commentary, I was alarmed by the distance many of the speakers put between themselves and survivors.

The belief that a negative event will not happen to oneself is a common phenomenon called “optimism bias.” It is this bias that convinces us that we won’t get caught running a red light, or texting while driving. It tells us that we can skip the sunscreen or our annual physical because illness will not befall us, and it convinces us that our children, our friends, and our neighbors have not experienced sexual assault.

The research, however, paints a different picture. One in six American women and one in thirty-three American men have experienced attempted or completed rape in their lifetime.

When the definition of sexual assault is broadened beyond rape, the numbers are even higher. But how does this relate to our community? In a sample of over 1000 college-aged women who participated in my dissertation research, 89 identified as Jewish, many of whom described themselves as highly observant and spiritual individuals. Of the Jewish women, 24 percent reported experiencing sexual assault that included physical force. This statistic is unfortunately similar to the findings of a 2007 study by Rachel Yehuda and colleagues, which found that 26% of 380 modern and ultra-Orthodox women had experienced sexual abuse during their life time.

Furthermore, a recent study conducted by David Rosmarin and colleagues found no significant difference between rates of childhood sexual abuse in the Orthodox Jewish community and the general population. We are no different from any other group of people — sexual abuse and assault impacts our community just the same.

Studies have shown that negative reactions to a survivor’s disclosure of sexual assault is the strongest predictor of poor mental health outcomes after an assault. In other words, when a survivor receives a negative reaction, such as disbelief, stigma, anger, or blame, she is at greater risk of developing post-traumatic stress disorder, which is associated with substance use, depression, and suicide. This is true regardless of the survivor’s level of religious observance or spirituality. If one in four Jewish women have likely experienced some sort of sexual assault, one very well may be at your table.

In today’s political climate, a survivor sitting at the Shabbat table will often hear words of blame, anger, disbelief, and stigma spoken casually with regards to the news. Although the speakers may think they are discussing an individual who they have only seen on TV, a guest or child may hear a different message — “It is not safe to tell others about my assault, I won’t be believed, I didn’t speak up before and now it is too late.”

With numbers as high as one in four, we cannot afford to send this message. We want our community members, friends, and especially, our children, to seek help when they are in danger. By behaving as if no one at our table has been through the worst, and speaking as such, we actively discouraging the most vulnerable individuals from speaking up when they need help. We are empowering perpetrators of assault and ensuring abuse in our community goes unreported. We are preventing people from seeking treatment for a treatable disorder by encouraging their silence. Conversely, speaking about these issues in an open, accepting, non-judgmental manner will embolden survivors to come forward, reduce the chance of a survivor developing PTSD, and perhaps save an individual from further abuse.

This is not a political matter. The research is clear that reaction to assault disclosure is the greatest determinant for how survivors will fare after a trauma. That survivor may be in your dining room.

So what can we do? Let your friends and your children know that they can discuss any issue with you — especially those pertaining to safety, even when it involves taboo subjects such as sex. Show them that you mean this by carefully choosing your words surrounding topics of sexual assault. Speak as if the person sitting next to you is a survivor. Don’t assume it hasn’t happened to someone at your table.

If we as a community work to create a space in which survivors know they can speak up and get the support they need, we can empower our fellow community members to speak out. Only then can we hope that our optimism bias becomes fact, and that our Jewish community becomes a safer place.

Dr. Shira Ritholtz is a clinical psychologist who specializes in child and adolescent mental health. She earned her PhD from St. John’s university in 2018. Her research interests and published works focus on interpersonal trauma and bereavement, and their interaction with religion and spirituality. Dr. Ritholtz will be completing a post-doctoral fellowship at New York Presbyterian hospital, with a focus on childhood anxiety and post traumatic stress disorders.