Jews, Talking To Our Families About Violence Against Transgender People Is Our Obligation 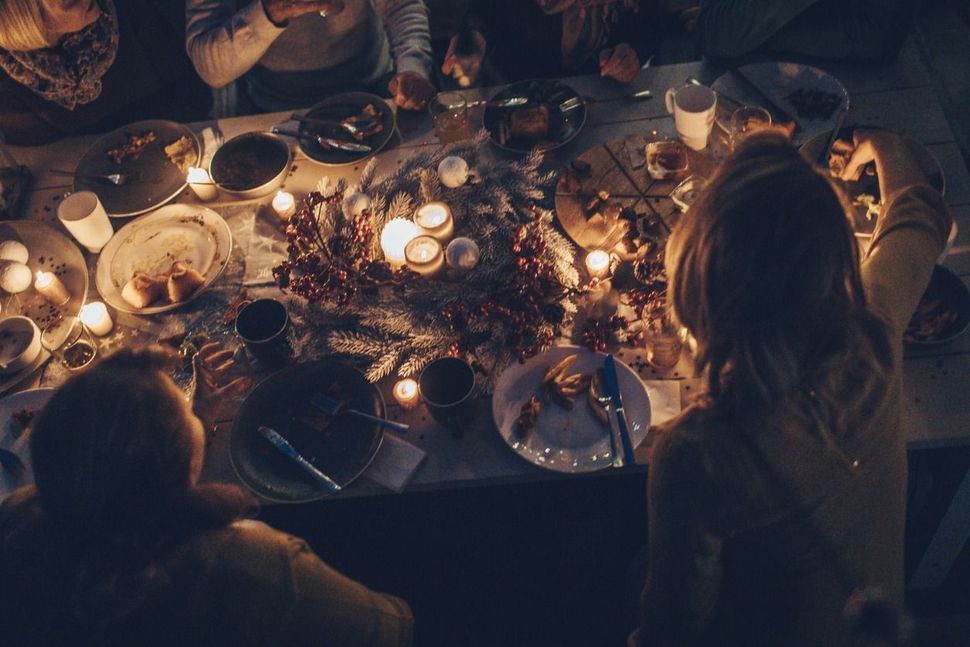 On Sunday night I was in the balcony of a packed sanctuary of a Brooklyn synagogue that was hosting a literary event. A loud, cracking sound split the air behind me. Another time, a disruption like that would have triggered automatic head-swiveling, that jerk of human curiosity that forces you to turn with interest towards a sound. Instead, throughout the packed pews, Jews and non-Jews stiffened and lurched around, looking terrified.

Someone had dropped a water bottle.

Many Jews feel more scared about being Jewish right now than we ever have in our lives. We’re scared to wear Jewish identifiers in public, scared when we walk through the increased (or not) security in our holy spaces, and scared that our children are growing up in an increasingly anti-Semitic world.

And as we gather together for Thanksgiving, and then Shabbat, and soon for Hanukkah, we should take it as incumbent on ourselves in this moment of vulnerability to remember a radically vulnerable group in our midst — transgender people.

Every year for the past three years has been the deadliest year on record for transgender Americans, the New York Times reports. Like anti-Semitic hate crimes, violence against trans people has spiked since the 2016 election, with 22 murders of trans people in 2018. The number, human rights groups acknowledge, is likely a vast underestimate.

It takes nothing away from the conversation about anti-Semitism to talk about transgender safety. It’s not a competition about who is in more danger. It’s not a suffering Olympics. It’s not about self-righteousness or guilt or putting things in perspective. It’s about allowing a moment of fear for ourselves to propel us to empathy and action.

Your relatives may remember college admission quotas in America that limited Jewish enrollment, which can put today’s anti-Semitism in perspective in a way you would benefit from understanding. But they may not know the definition of the words “cisgender” and “gender non-binary.” They may be completely unaware of the horrific violence transgender people face. They may be dealing with cultural baggage around gendered bathrooms and gender roles. We are responsible for educating and engaging with the people we love. Chances are, your talking points about your trans friend — or this incredible video of Jewish educator Abby Stein, or a scene concerning Holocaust-era trans Jews in Jill Soloway’s “Transparent” or a source sheet on gender in Torah from Jewish LGBTQ group Keshet — might move your grandma more than a 3,500 word Atlantic article would.

Right now, Jews are so afraid, that the sound of a water bottle clanking to the floor puts some of us into panic mode. It’s a good time to reconnect with the fact that transgender Jews and non-Jews have been dealing with that constant, visceral fear all along. Maybe we can share some tips for survival.

And besides, it will give you something to argue about with your family other than Israel.

Jews, Talking To Our Families About Violence Against Transgender People Is Our Obligation