You’re about to meet five remarkable Jewish women whose achievements have helped shape journalism — and our world.

With the Forward’s Fearless Women in Journalism awards, we’re doing more than honoring them. We’re thanking them.

Each confronted obstacles and disproved naysayers. Lynn Povich and her Newsweek co-workers fought for an equal playing field. Marge Magner became a champion for journalists and their craft. Jill Abramson rose to the top ranks of The New York Times. Dana Bash has broken stories — and barriers — for CNN. 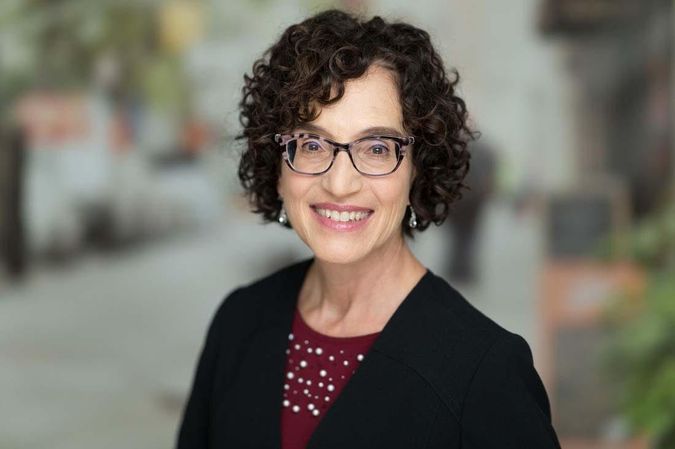 Jane Eisner, editor-in-chief of the Forward Image by The Forward

Closer to home, our own Jane Eisner just crossed the one-decade mark as the Forward’s first female editor. It’s a special privilege to recognize her tenure. I’m proud to say that Jane is part of the first all-female leadership team in the Forward’s history, which includes Yiddish Forverts editor Rukhl Schaechter, and me.

We don’t have enough space here to list Jane’s achievements, from her multiple awards to her historic sit-down with President Barack Obama to the service she’s performed for the Jewish community to her commitment to gender equality. We’re grateful for her fearlessness in leading our consistently award-winning Forward to the heights we’ve reached today.

All of our Fearless Women in Journalism honorees embolden us to dream big, aim high, and work even harder. Considering that chutzpah and courage have been part of the Forward’s DNA since our launch 121 years ago, we know our founders would be proud of them – and of us. 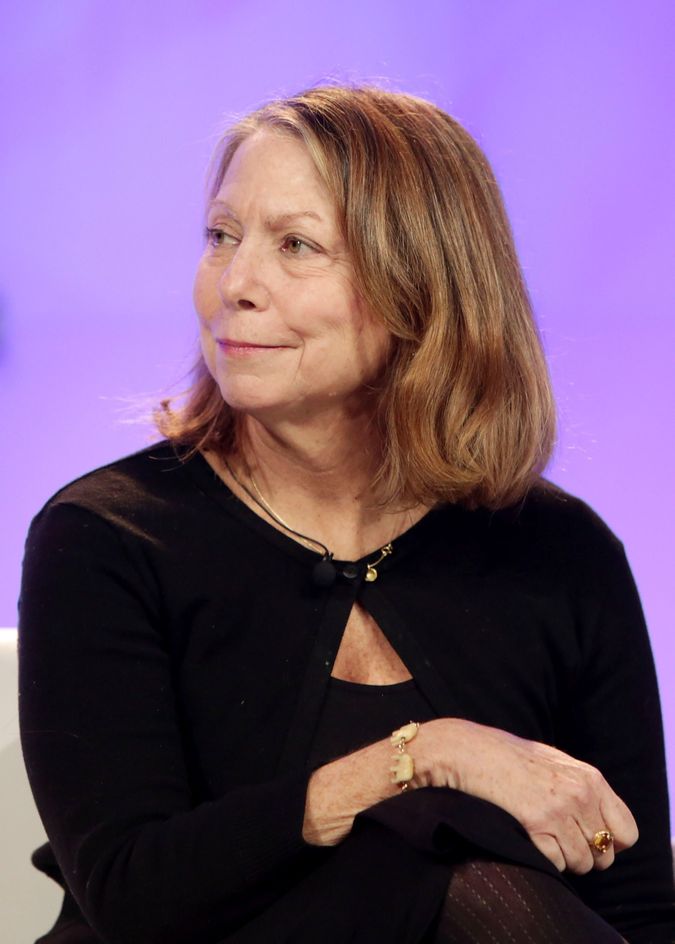 Before Jill Abramson took the job in 2011, it was easy to count the number of female executive editors in The New York Times’ 160-year history: Zero.

“The idea that women journalists bring a different taste in stories or sensibility isn’t true,” the pathbreaking journalist said at the time. “I think everybody here recognizes and loves a good story, and the occasions are rare when there is disagreement about that.”

Abramson’s meteoric rise at The Times began in 1997, when she joined the paper’s Washington bureau from The Wall Street Journal’s D.C. desk. Having moved to New York in 2003, she became the managing editor of The Times, took a six-month sabbatical to oversee the newspaper’s digital operations in 2010, and earned her historic executive editor appointment the following year. During her tenure, Foreign Affairs named Abramson one of “the 500 most powerful people on the planet.” She remained at The Times until 2014.

“As managing editor and executive editor of the Times, I never got over my fear for the safety of our correspondents, some of whom were badly hurt, kidnapped or died covering stories,” Abramson told the Forward. While journalists have always faced threats, she added, the danger today has escalated. “What’s different now is the toxicity of the Web, openly racist attacks on reporters, and treatment as ‘enemies of the people’ by President Trump,” she said.

Abramson was born in 1954 to Norman and Dovie Abramson — her father was a textile importer. While studying history at Harvard in the mid-1970s, Abramson started freelancing for Time magazine — her first journalism job.

“My role model was my first and only female boss, Sandra Burton, who was the Boston bureau chief for Time when I was a stringer,” Abramson said. “She taught and encouraged me on how to interview everyone.”

Now a visiting professor at Harvard, a sought-after commentator and a columnist for outlets like The Guardian, Abramson continues to provide fearless, razor-sharp takes on American politics and culture. 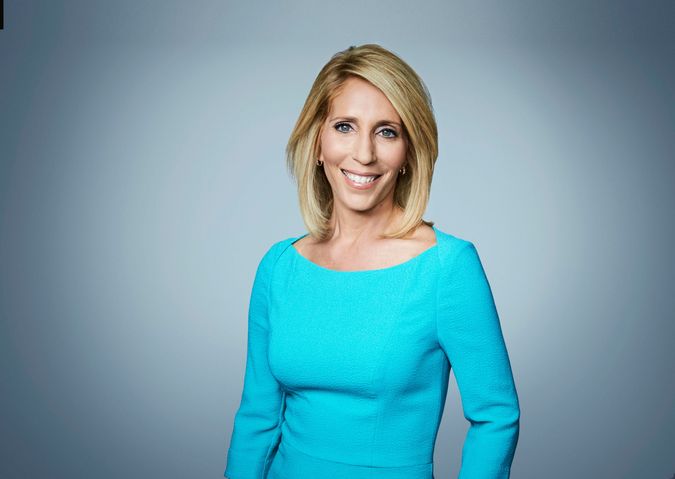 Dana Bash Image by The Forward

Courage and candor have always been requirements for Washington broadcast correspondents. But when the United States president targets your network, covering politics becomes a daily exercise in bravery.

As CNN’s chief political correspondent, Bash serves as the network’s lead reporter, covering both the House of Representatives and the Senate. She covered the 2016 Republican field of presidential candidates, and she continues to serve regularly as a moderator for CNN’s political town hall specials.

Bash has even earned the ultimate pop culture tribute: a caricature on “Saturday Night Live,” where Heidi Gardner played her as the sane center of raucous Senate locker room celebrations after Brett Kavanaugh’s confirmation.

In the 2018 midterm elections, Bash was a constant presence on CNN, and played a key role in CNN’s 2016 presidential primary debates, serving as questioner in six of the network’s seven prime-time primary debates.

According to her official bio on CNN.com, Bash has earned several industry honors. In 2012, she was a co-winner of the Joan S. Barone Award for reporting on a STOCK Act loophole that could have allowed family members of lawmakers to profit from insider information on trades. She also earned the Everett McKinley Dirksen for Distinguished Reporting of Congress Award from the National Press Foundation an unprecedented three times.

A New Jersey native, Bash was born into the news business; her father, Stuart Schwartz, was a producer for ABC News. But her mother, educator Frances Schwartz, co-author with Eugene Borowitz of “The Jewish Moral Virtues,” provided a spiritual influence. Now that Bash resides full time in Washington, she’s a member of Temple Micah, a Reform congregation. 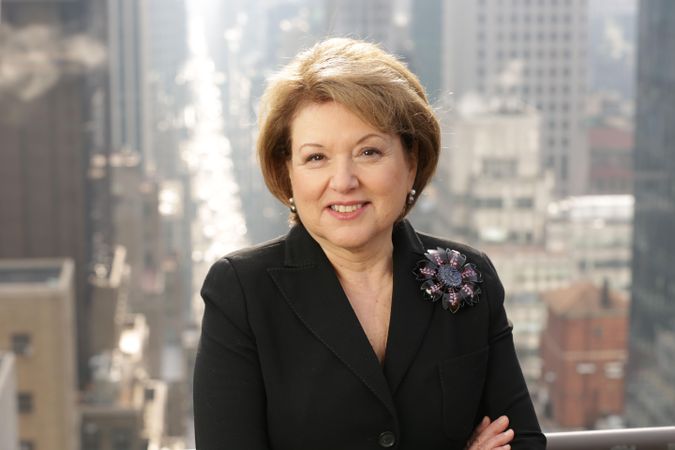 But she’s been a passionate champion of the people who do.

As chair of the board of directors of both Gannett and Tegna — the print and broadcast media organizations, respectively — Magner helped navigate turbulent times around advertising and digital transformations. “I’ve spent time in that world, and you couldn’t serve on those boards if you didn’t care a lot about the First Amendment, independence of the press, and the role of investigative journalism and local newspapers,” she said.

Born into an Orthodox family, Magner grew up in the Crown Heights section of Brooklyn, where the Forward was “fundamental. It was always there,” she said. Her Yiddish-speaking, immigrant grandmother, Sarah Schachner — “my maternal grandmother, the matriarch of the family” Magner remembered — also became her role model.

“Her voice is in my head always, to this day,” Magner said. “It was how she treated people — her capacity to listen, to love. Everyone came to her for advice, and she gave very good, kind advice. There are lots of technical things that I learned over the years, but it’s the people thing that matters, and her spirit of giving and generosity still inspires me.”

“When I started in business, there were no women role models,” she said. “Being fearless meant just showing up, just walking into the room as the only woman, and becoming the object of some people who didn’t see why a woman should be there.” 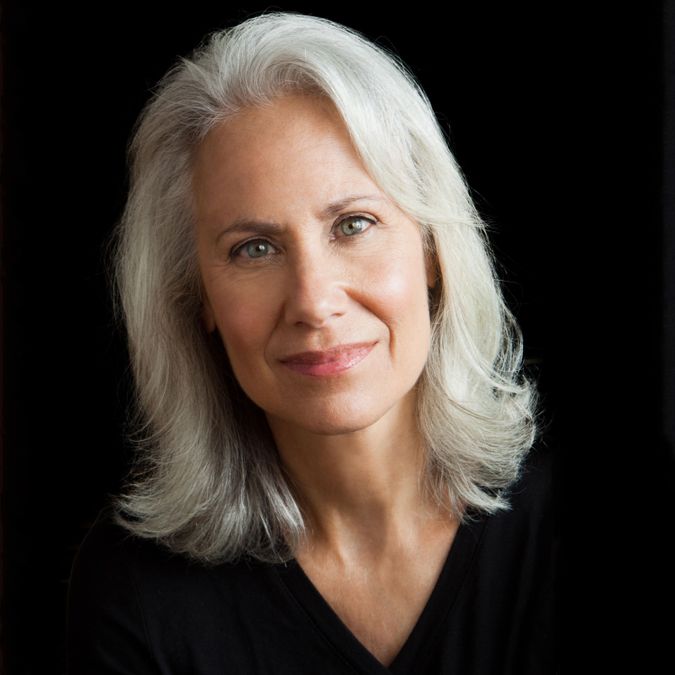 As a Newsweek staffer, Lynn Povich was one of 46 women behind a 1970 gender-discrimination lawsuit. Before their historic complaint, women at Newsweek worked as secretaries, researchers or maybe reporters. The victory by Povich and her co-workers changed a workplace, a profession and our world.

“We were young and idealistic, impassioned by the fledgling women’s movement,” recalled Povich, whose 2012 memoir on the lawsuit, “The Good Girls Revolt,” inspired a 2016 Amazon series. “Organizing the women under the noses of our bosses and convincing nearly all of the researchers to join us, given the risk, will always be the defining professional moment in my life.” Five years after the lawsuit, she became Newsweek’s first female senior editor.

In 1991, Povich became editor-in-chief of Working Woman magazine, and in 1996 she joined msnbc.com as managing editor/East Coast.

Povich grew up in Washington, D.C., the daughter of Yiddish-speaking observant Jews “who later became Conservative.” Her father, Shirley Povich, was a Washington Post sports columnist who frequently called out segregation in athletics. From him and her mother, Ethyl Povich, “I learned that our job on earth was to make the world a better place,” she said.

What does being ‘fearless’ mean to her? “When I was young, I thought being fearless meant you put yourself in physical danger,” she said. “I’ve come to understand how many people commit everyday acts of fearlessness — speaking up, protecting the vulnerable, changing the system —which I now believe is at least as important.”