Why Is This Kosher Establishment Selling Donuts To Boys – And Salad To Girls? 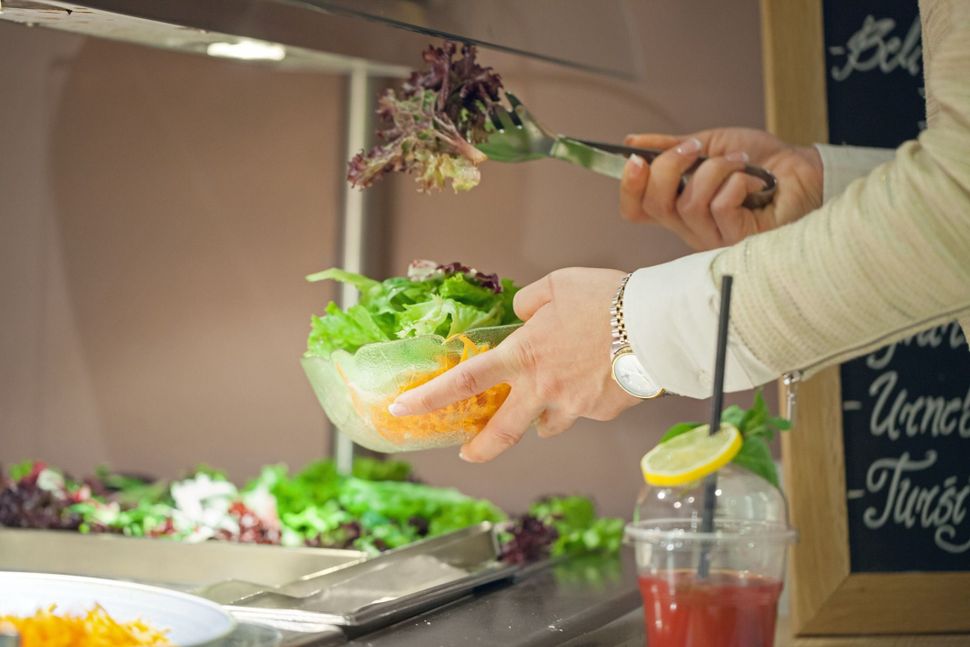 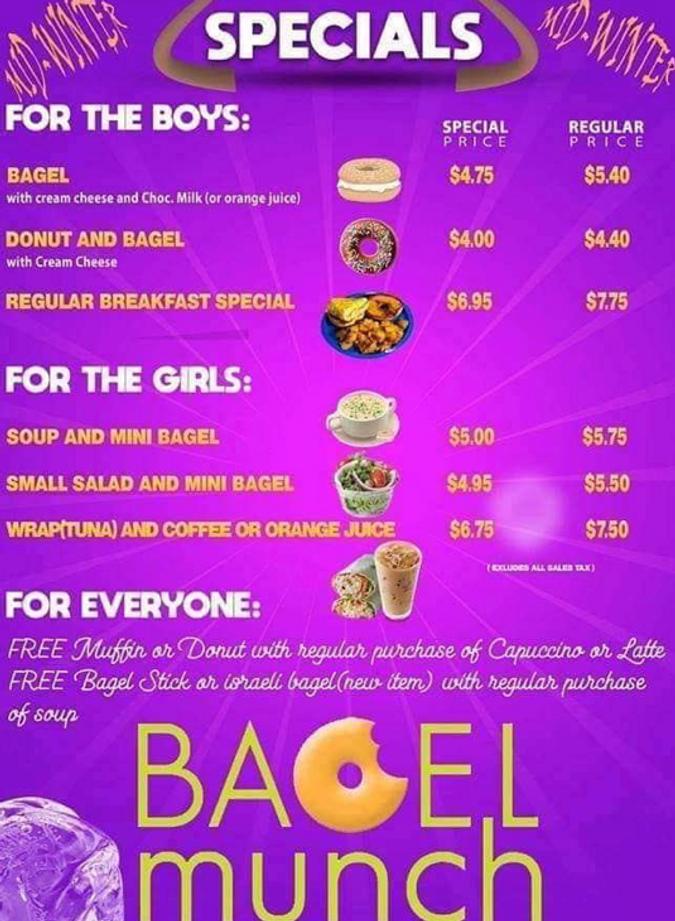 In time for ‘yeshiva week’, winter vacation from yeshiva day schools, this kosher restaurant in New Jersey posted an online advertisement for mid-winter specials. The only thing notable about it was the amount of misogyny they could fit onto one leaflet. Residents of Passaic, New Jersey immediately complained about the ad, and it was taken down – but with the power of the internet, the screenshot is still being shared widely, mostly to shock and disappointment, but also to laughter and dismissal.

Unfortunately, some people just didn’t get it, and I noticed that the responses were often of a similar theme. So, let’s dispute your indifference, one by one:

There is really no such thing as ‘just’ anything when it comes with this level of danger attached. This advertisement explicitly suggests that boys and girls should be eating different foods, with a clear indication that girls should lay off the sugary stuff and stick to small portions, while boys don’t need to bother themselves with anything that ever resembled a vegetable. More than 2.2 million adolescents suffer from eating disorders between the ages of 13-18, exactly the ages this poster is targeting.

2.”In my experience, this is totally true.”

I don’t really care if your daughter is on a lettuce-only diet and your son survives on the raw flesh of European Bison. All this means is that the internalized misogyny has made its way into your home, too. All children, no matter the gender, should be encouraged to eat intuitively, thinking mindfully about what they are hungry for and when, and stopping when they are full. If your kids really eat differently based on gender, ask yourself what you and your spouse do, and why.

3.”You have to see the funny side though.”

I can’t tell what’s funnier, the knowledge that my child has to choose their snacks based on their genitalia, or that I have to pay more for my daughter to have the privilege? Oh yes, did you notice that the girl’s menu is actually more expensive? I can’t see why a small salad and a mini bagel (specially made for our teeny tiny hands and mouths, so empathetic of them, I should be grateful really) should cost more than a donut and a regular sized bagel. Plus cream cheese, whatever that is, I’m only allowed low-fat spread.

The concept that something has to be against the law for it to be inherently wrong puts us on the wrong side of history. Remember that it wasn’t that long ago that it was legal to deny women the vote. Now obviously standing between a lady and her donut isn’t on the same level as standing between her and her civil liberties, but the point stands. It doesn’t need to be illegal for it to be seriously problematic.

5.”Just buy what you want to buy, what does it matter?”

This argument comes with a huge amount of privilege and naivety. Remember being a teenager? It’s hard enough to eat a cream cheese bagel as a teenage girl without actively having to order off the ‘boys menu’ to do so. These are the same problems that escalate as religious girls enter the dating world, and are asked to disclose not just their own dress sizes but the measurements of their mothers before date number one. A frightening emphasis on physical looks that has no basis in religion, just societal pressure.

It’s fantastic that the establishment in question saw how short-sighted this advert was, and took it down quickly.

But the inherent issues that led to it being created, and that cause all those troubling laughing emoji when it is shared, still exist. Let’s stop policing our teenagers’ meals by gender, and address and change our sexist fears that our girls won’t find a suitable match if they aren’t a size zero.

Why Is This Kosher Establishment Selling Donuts To Boys – And Salad To Girls?