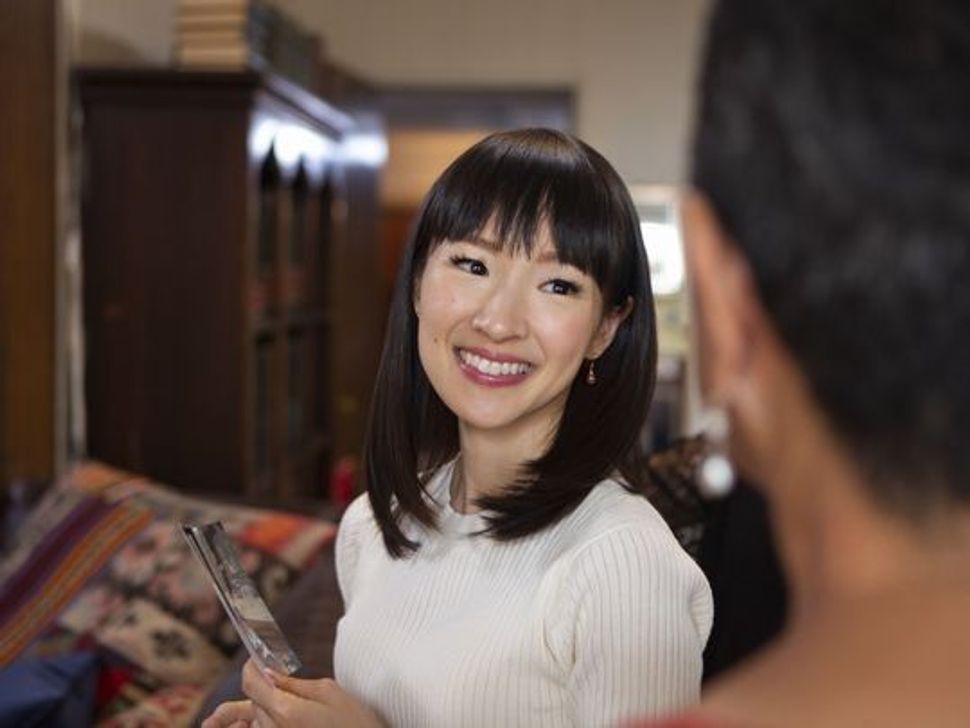 The Purim food packages I have the fondest memory of making are the impromptu mishloach manot (as they’re called in Hebrew) that I put together as a freshman in college, when my supplies were limited to the home-baked hamentaschen my mother had mailed me in a tin, the kosher caramels available at the convenience store on campus, and the paper plates I stapled in three spots to form a vaguely hamentaschen-shaped triangle.

At 18, I had discovered the joys of simplicity.

But in too many Jewish communities today, Purim has come to represent pretty much the opposite of simplicity. Replete as it is with lighthearted traditions such as sharing food, twirling noisemakers and dressing in costume, Purim might seem to be a holiday that needs no gilding.

Yet it is often pervaded by an over-the-top competitive ethos seen in trends such as coming up with Purim themes that encompass intricate (and often time-intensive and costly) mishloach manot as well as family-wide costumes, an explanatory poem and potentially even the holiday meal.

While some may delight in hatching ambitious new themes every year, others are turned off by the hyper-pressured atmosphere of perceived one-upmanship. So how do we restore joy to those who have come to dread the holiday, without dictating how much time, money and creative license is too much?

1. Dress Up As Marie Kondo (In Your Head)

It may not be time to clean out the house just yet, but Purim is the perfect holiday to pretend to be Marie Kondo (for a moment, at least). If you find yourself struggling to come up with a theme that will knock your neighbors’ socks off, ask yourself a few KonMari-esque questions: Does dreaming up a new concept every Purim make you anxious about whether you’ll be able to surpass your previous creations? Do you get edgy thinking about whether your mishloach manot theme will be enough to outdo everyone else’s (or at least keep up)? Or do your efforts truly spark joy?

2. Accept Permission to Let It Go

No, that’s not a suggestion to use “Frozen” as your theme this year! If your answer to the question above is “no joy,” it’s time for the next step: Accept that if you don’t love putting a ton of energy into elements of Purim that have little connection to religious tradition, there really is no reason to do it. Thank your past Purim themes for their service, as Marie would likely suggest, and let them go.

3. Experiment… and Then Stop!

Let’s say you’re ready to look for the midpoint between staying mellow and getting creative. How do you do it? The first step is to figure out what would require the fewest resources (time, money, effort) to generate the kind of Purim you want. If the first thing you think of is inordinately time-consuming or just doesn’t feel like you, that’s okay. Brainstorm other options without rejecting any out of hand, and pare some ideas back to see which elements are must-haves and which you could live without.

Next, try out your plan and see how it works for you and your family. If it was a disaster, try something else the next year,

For instance, it took me a while to figure out what kind of container to put my mishloach manot into. Finding cheap baskets became harder when I moved out of Jerusalem, and many other options seemed to involve a lot of unnecessary plastic waste. Anything too unusual left me stranded if I needed extra mishloach manot at the last minute, and I hated the idea of having A-list and B-list versions. I finally settled on something that wasn’t made out of plastic, didn’t leave me feeling like I had a ton of space to fill, and came in a large enough quantity that I didn’t have to worry about needing extra: brown paper lunch bags that my kids decorate with crayons and stickers.

Whatever the specifics, the key here is that once you’ve found the sweet spot, it’s time to stop experimenting and start sticking with a good thing – not try to outdo yourself (or your neighbors) all over again the next year.

Once you’ve experimented your way to a solution, embrace what you’ve already got – or, as Kondo puts it, “We should be choosing what we want to keep, not what we want to get rid of.” For costumes, take inventory before running to the store. You just might be able to find enough Purim outfits in the dress-up box and closets of your own home, even if you still need to supplement with a crown or an eye patch, or find something new for the kid who shot up two inches. It’s not just costumes, either. We make more or less the same mishloach manot every year and prepare the same easy-to-cook, fun-to-eat foods for every Purim seuda.

Repeating yourself is one of the best things you can do to put the joy back in your Purim, because it removes a good deal of that pervasive, exhausting mental load. No need to think about what you’re doing for Purim this year when you know you’ll just do the usual. Sure, you might want to change things up a little every once in a while, but if you’ve found a method that’s still sparking joy, don’t replace it with something new for novelty’s sake. In short: Not only can you do the same thing every year, but I highly recommend it.

5. Still Hooked on Themes? Try ‘Fusion’ As A Theme

If the Marie Kondo approach hasn’t convinced you and you’re still looking for a theme to hang everything together, I’ve got one for you:

In chemistry, nuclear fusion is the combining of nuclei. In dining, it’s a cuisine that combines different culinary traditions.

And on Purim, fusion is the perfect theme for any components you’ve slapped together that don’t seem to have anything to do with one another. Take my standard costume of mismatched clothes and a funny hat or my Purim menu, which unapologetically involves burritos and sushi (both of the make-your-own variety). In a word: fusion.

This kind of Purim meal is doubtless not as precisely prepared or beautifully presented as Kondo would like, and my costume is highly unlikely to involve KonMari folding methods. All the same, the magic of a minimalist Purim may well be at least as joy-inducing as tidying up.

Shoshana Kordova lives in Israel, where she is a journalist and house mother to a small sorority’s worth of daughters. She is a former editor and language columnist at Haaretz, and has written for publications including Quartz, Smithsonian, Prevention, The Daily Beast and New York Times parenting blog Motherlode. You can reach her @shoshanakordova.