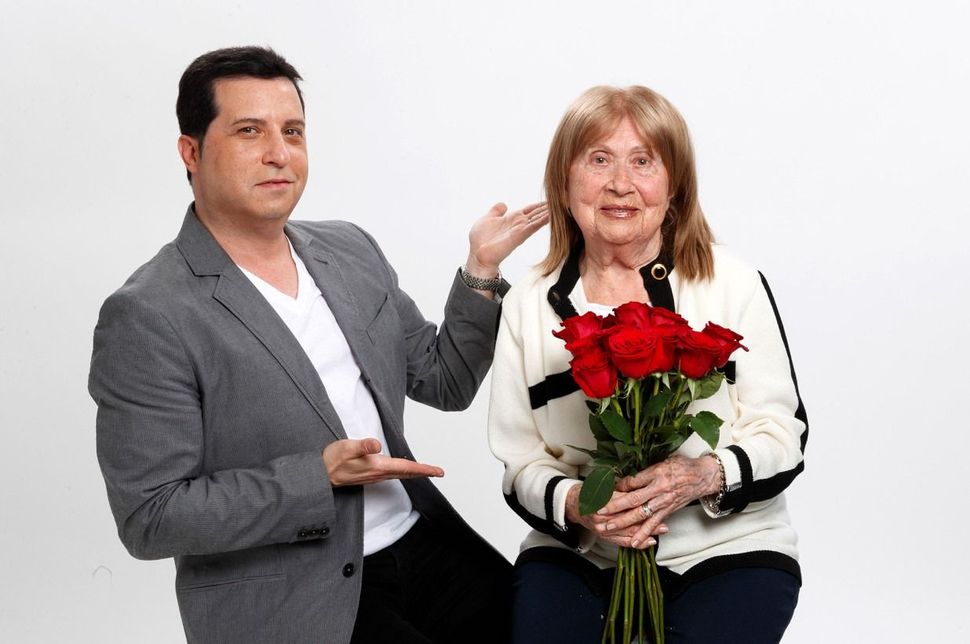 Marc Guss and Esther Guss are counting on you. Image by Courtesy of the Guss family

Marc Guss is a businessman. He lives on the Upper East Side, with his wife and their Shih Tzu Bichon, Belle. And he’s sick and tired of men on dating sites.

“The clientele,” he says. “They’re just not there. I was floored to see the disrespect and apathy.” There are always more women than men, so men “know they’re a commodity.”

And before I can get out so much as a “Sing it, sister,” he goes on.

“They’re not treating this as priority. It’s not like they have an urgency to start a family! They’re sitting there hoping that some lucky role of the dice hits, and they get someone just — just wildly out of their range.”

Amen. It’s hard to be a young woman, dating in the city. But Guss is’t not talking about millennials. He’s not talking about jaded Carrie Bradshaw 30-somethings, or divorcees looking for a second-time’s-the-charm.

He’s talking about elderly people. According to Guss, heterosexual relationship dynamics among aging people are afflicted by the same tyranny of biology and patriarchy as relationships in other demographics. And Guss knows this, because he has been impersonating his mom on dating sites for years. He’s happily married, but he’s also dating as a woman on the internet. For his mom.

So poorly, that Guss has gone with what he calls “the nuclear option” — he’s put out a $10,000 reward for anyone who can find a partner for his mother. Make an introduction for Mrs. Guss, and if a committed relationship develops, you get the money. If you need to stop reading and email [email protected] right now, don’t let us stand in your way — it’s said among Jews that those who set up will get to be in the VIP section in The World To Come. What are you waiting for?

Let’s talk about Esther. That’s Guss’ mom, a Holocaust survivor who lives near Brighton Beach. She arrived in New York in the 1960s from Poland, with no formal education and little to her name. And then she met someone. George and Esther Guss fell in love, and fell into business together. As a team, they built Esther’s Leather Apparel, a retail business that sold leather jackets to Brooklynites.

Esther won’t disclose her age, but it’s in the vicinity of the 70s. Her son describes her as “vibrant.” She has strawberry blonde hair and a sweet smile. She loves dogs, her family, and Brooklyn. And she’s faced considerable loss — most of her immediate family, to the Holocaust. She lost George, Marc’s father, when Marc was just a teenager. She had relationships after him, lasting ones. But she’s been alone since her longterm partner died three years ago. And she’s not picky. She just wants someone who’s “Down to earth, easy-going,” and, of course, Jewish. Someone who’s “a mensch.” Someone like Esther.

That’s why her son has been, to put it indelicately, cat-fishing her on the Internet. For those who haven’t operated inside the world of internet dating, cat-fishing is a modern colloquialism that describes a person who is acting as an imposter on dating sites, as Guss did for his mother until he put out the reward. “You have to understand,” Guss tells me, incredulous. “These guys are looking for 30-year-olds, for some reason.”

“There are guys on these websites who have said — said to me, thinking I was my mom — you come out to Long Island and have lunch with me, if you want to.” Oy. You don’t have to tell a single gal — 31-year-old men who want you to come to their Bushwick apartments after midnight, 81-year-old men who want you to take the LIRR to watch them eat soup — they’re from the same mold.

So Guss tried matchmakers. “I spent over $10,000 doing that,” he says. “And it went nowhere.” Maybe now’s the time to mention that Guss is a top talent agent. With Esther as his business inspiration, he rose in the ranks at WME, then founded his own voiceover agency, ACM Talent. Matching people — answering a need with just the right person — is kind of his thing. But online dating was a fiasco (Esther refused to drive two hours each way to meet the Long Islander, and Marc thinks anyone over 70 who knows how to date online is “a little too slick,” anyway.) The matchmakers were a shanda. One day, after months of disappointment, Esther turned to Marc and said, “Someone will come my way! I’ll ask the mailman.”

And so, Guss decided to take action. “The mailman,” he said, “is not going to handle this.” He had no choice, he explained, but to try something new. Something innovative. Something that combined his ability to leverage digital and social media with his drive to give his mother the life she deserves. And so, in Facebook groups and media outlets frequented by Upper West Side moms and eager millennials, he started spreading the news of the $10,000 reward.

“I wouldn’t do this for me,” he clarifies. And he’s not worried about the money, or how this makes him look. “I did it for my mom,” he said. “I — I don’t care. She’s the number one priority. She trumps everything.”

Now might be a good time to remind you that Marc Guss is not on the market.

“There’s one guy out there who we’re looking for,” he insists. He just needs to be found. “The reward is not meant to be sensational or dramatic,” Guss explains. “It’s meant to get people’s attention, and hopefully once it gets someones attention there will be a 20- or 30-something out there who says — ‘Oh, my grandpa! My uncle! My neighbor!’”

“We’re turning people out there into matchmakers of their own,” he says.

Where is he, this man? This man who is willing to date, God forbid, a woman who has lived an extraordinary life and is looking to spend the rest of her days in decent company? Esther Guss has two big deal-breakers — men who hate dogs, and men who won’t pick her up for dates. She wants a gentleman, not someone “snooty.” She wants to be happy.

Is that so much to ask?

You can email [email protected] with information about a potential suitor for Esther if you want $10,000 and a sweet spot in paradise.