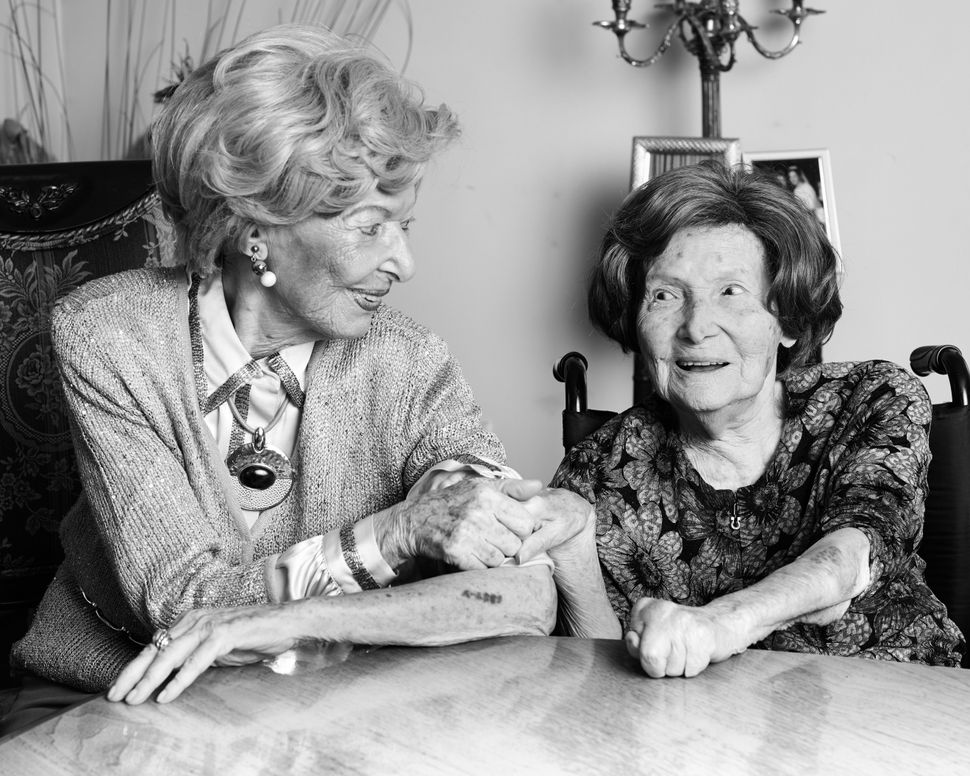 The event was organized by Orthodox jewelry designer and granddaughter of Holocaust survivors Freida Rothman, in collaboration with Nachas Health and Family Network, a Boro Park-based nonprofit devoted to social events and support services for the Holocaust survivor community in Brooklyn.

The scene: Seated throughout the room, a sea of fur coats, short sheitels and cocktail jewelry. Heard: a mixture of Hungarian-accented Yiddish. Standing in the back, a coterie of young Orthodox women — in stylish clothing, long wigs, bright makeup, designer bags — all clamoring to grab a good shot for their Insta stories.

This was purely a social event — no speakers, just conversations. The survivors enjoyed a catered luncheon, followed by a musical performance by Shulem Lemmer. A Hasidic superstar, Lemmer who just released an album with Decca Gold, a sub-label of Universal. He sang excerpts from his latest soundtrack for a Holocaust film, mixed with Yiddish songs like Oyfn Pripitchik, and Hanukkah songs. The women nodded along to the music.

But perhaps what was most interesting were the stories being told at the tables, and on the sidelines. Many of these women lead humble lives in Boro Park and Crown Heights. Their photographs will never make it into communal publications. They’ll occasionally speak at a local school, rarely stepping out beyond; they are matriarchs, busy with their extended families, shuttling between weddings of grandchildren and shivas for old friends.

This week, they took some time to tell us about their lives. To the frequent reader of Holocaust history, their stories may feel familiar — yet each one is unique, and horrifying anew. 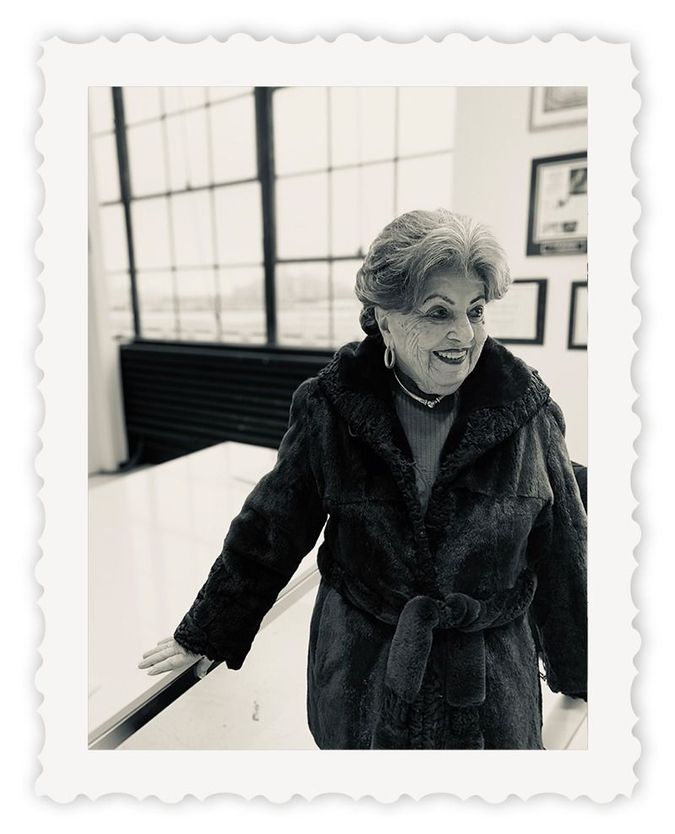 Anna, born in Krakow, Poland in 1930, remembers when the Germans held a selection one Shabbos in the ghetto. Her mother had already died of illness (“she couldn’t handle seeing all the children dying, what they were doing to us”), and her father had disappeared before the war, to Siberia, when the Germans came searching for him.

“We had to line up. Every row, they took out the children, sent them to the left to kill them. But Hashem gave me an idea. I put a large coat on, and I stood up on my tiptoes — they saw that the height of the row was even, and they said go right.”

Obstfeld was separated from her brother. Alone, she found herself navigating concentration camps and then a death march. “We were marched for four weeks, with bombs over our heads. One morning, the Russian soldiers came. They told us we were free. So we walked back to Poland. When I came home, our maid was living in our house. She said: ‘No one is alive from your family.’ So I stayed with her; she sent me to school. But then my brother showed up, and we moved to Germany, where there was a Yiddishe school, where I could learn how to daven [pray].”

Her father survived the war, and eventually came home to Krakow, where the maid told him that his children had moved to Germany. “So he went to Germany,” Anna says, “And he met me on the street. He said to me: ‘My name is Spira, I’m looking here for two children.’”

“He did not recognize me. So I said: ‘My name is also Spira,’ and I showed him the birthmark on my head.” 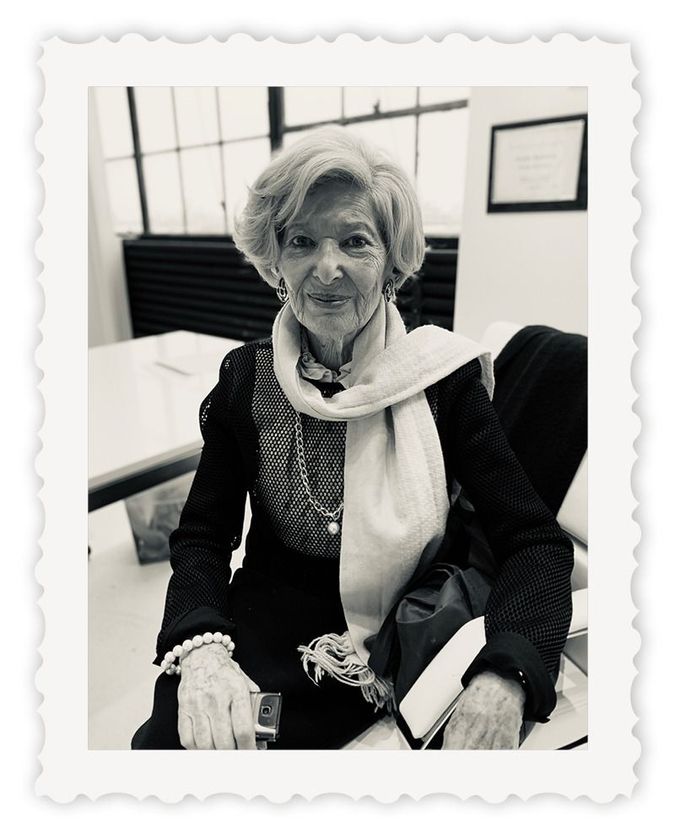 Dolly Rabinowitz was born in Berehove (then Czechoslovakia, now Ukraine) to a middle-class Orthodox family. “My father was a balabus [businessman], he had rebbes coming to visit him. The Munkatcher rebbe, the Minchas Elazar, was the sandek for my brother, my brother who did not survive the war.”

The Rabinowitz family was taken, alongside the other Jews of the neighboring villages, to a local brick factory, where they were held for days, and then brought to a railroad station. “They pushed us in, eighty to one hundred to a cattle car,” she says. “A baby was born in that wagon, and a man died in that wagon.”

Dolly later survived Auschwitz and the death march with her older sister Suzi, who carried her for miles — knowing that if she didn’t, her little sister would be killed. 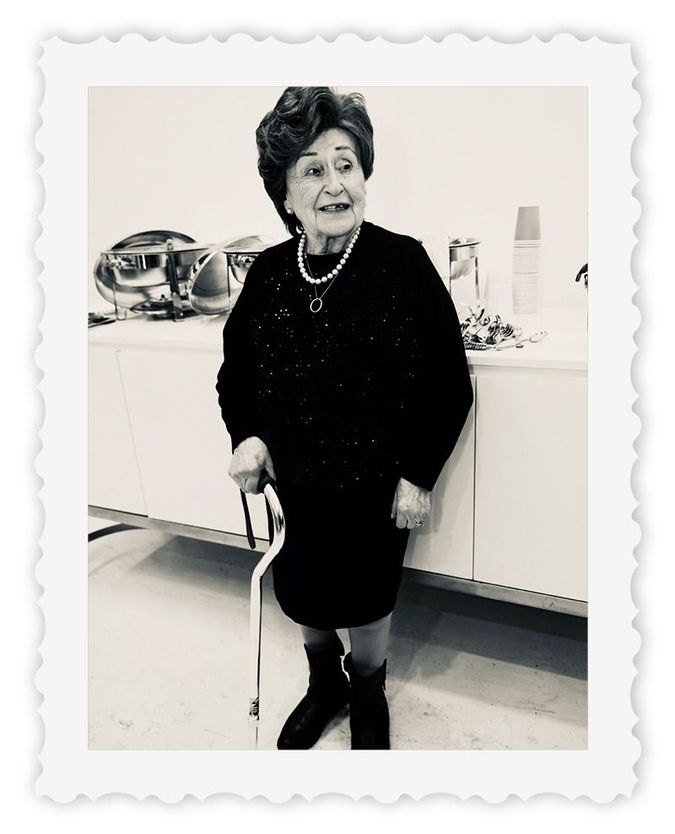 “I was a chevraman [social person] always,” says Judith Teichman, 89, originally from Debrecen, Hungary. “When my mother would be terrified that the Germans would kill us, I would say, ‘No, Mommy, God is here.’”

Teichman’s father died of hunger at the start of the war, leaving her mother alone with six children — the youngest was three.

“We were taken to Bergen-Belsen, it was noyradik [horrible], we didn’t have what to eat. So I went up to the SS man, I was mamesh tzittering [literally trembling] to talk, and said, ‘I want to clean your apartment, and you’ll give me food for it.’ And he looked at me like I’m mishigge [crazy] — I was ten years old at the time. But my mother told him, ‘Oh, she was just born small.’ And he said yes, and I got food and I shared with everyone.”

Teichman and her mother and five siblings survived, miraculously. “It was pure nissim [miracles],” she says. “What else can I tell you, mameleh? I heard yesterday, they were telling me what’s going on in the world, it’s terrible, I know, mameleh, what shall I tell you? We need nissim. The Aibishter [Highest One] must have mercy on the yiddishe kinder [Jewish children.] We are born Jewish and we are going to die Jewish.” 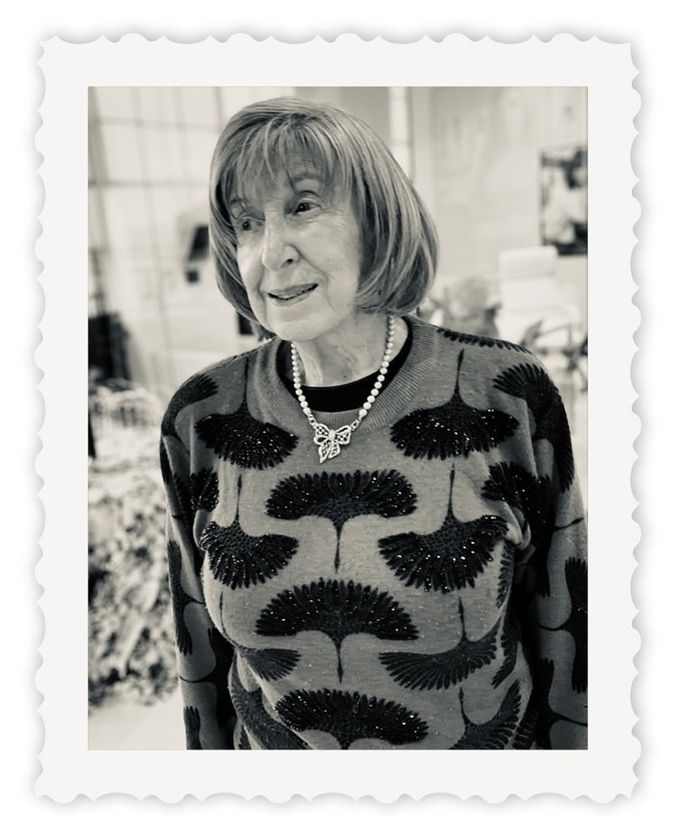 A soft-spoken woman in a shoulder length blonde sheitel, Lillian Feintuch was born in Balmazújváros, near Debrecen, Hungary. “I was five and a half, but I grew up to be fifteen overnight,” she says.

“We were taken to Auschwitz, but we did not make it there. The train stopped, and we stood for two days. The tracks were bombed, otherwise I wouldn’t be here today telling you this story,” she says, gesturing to the Manhattan skyline outside.

Feintuch, along with her mother and brother, was taken to the Strashof concentration camp; the family was later ordered on a death march. When the Germans looked away, they escaped from the road and hid in a stable. “One day, I walked away from the stable. I had blonde long hair then — and I see a Nazi running at me. I thought it was the end. But then he stopped and started to cry and said, ‘From afar, I thought you were my daughter.’ (I was pretty then, not like now, I’m old now.) And he said, ‘Take off your Jewish star,’ and he pointed to the mountains and said ‘Go up there, you’ll be liberated soon.’ And that’s what we did. That Nazi saved our lives.” 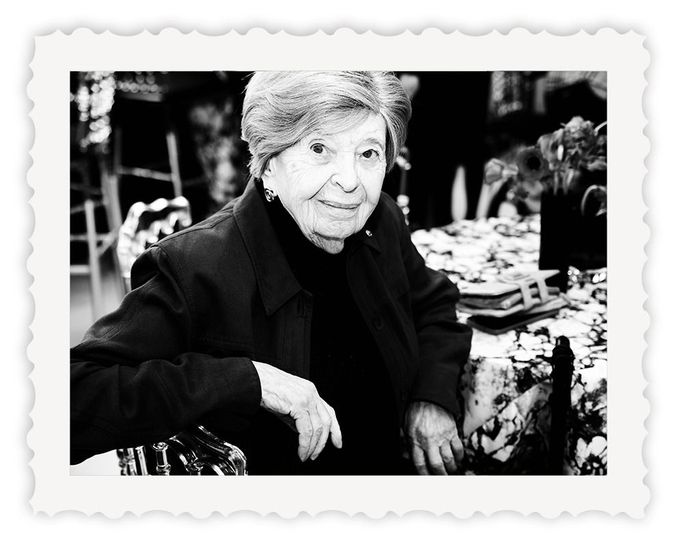 Itu Lustig was born in the village of Stramtura, Romania in 1928; she was the eldest of seven in a rabbinic family.

“Until the day they took us out of my town, in 1944, I did not know anti-Semitism exists,” she says. “When they took us out, we saw the goyim from town all lined up in front of the church, and anyone who had a musical instrument was playing the loudest, jolliest music – they showed us how happy they were to get rid of us. When we saw them playing, that’s when we realized.”

In May 1944, Lustig and her family arrived in Auschwitz. “My mother, grandmother and five siblings were taken to the crematorium that same day,” she says. “It was the twenty-sixth of Iyar. That’s when I keep the yarzheit [anniversary of their deaths.] My father and brother were taken away. My father died in the camp, in January 1945. My brother survived, he lives in Israel now.”

“They brought us in front of the barrack that first day – we got numbers. I have a number on my arm. ‘A7443,’ they tattooed it. When you add up the numbers – seven and four and four and three, it’s 18 – they wrote on my hand ‘chai’. I questioned myself very often there, I am cold and hungry and alone, why do I fight to stay alive? But I was fighting. I wanted to stay alive. I don’t know why. I guess that’s what Hashem wanted.”

“Before the hatred was more hidden, but now it is open,” she says. “Like you see what they did in Pittsburgh, in California, what they did now in Jersey City – it’s mamesh a mazel [really lucky] that they didn’t go next door to the fifty boys in that yeshiva. Baruch Hashem, they didn’t go in there, because Hashem watched over those boys. But now it’s open, the hatred. I don’t know what’s going to happen. I hope Hashem will hold his right hand over us. We have to hope for the best, without hope it’s useless.”

Lustig says that she shares her story at local schools — the way she speaks, you can tell that she has retold it many times. “I don’t want it ever to be that people will say it didn’t happen. It’s true. It happened. And that’s all.”

Correction: An earlier version of this story quoted an account stating that the gas chambers and showers in Auschwitz were in the same building. This was an error; they were in fact in separate buildings.