Christmas in the City: What To Do In New York On Christmas Day 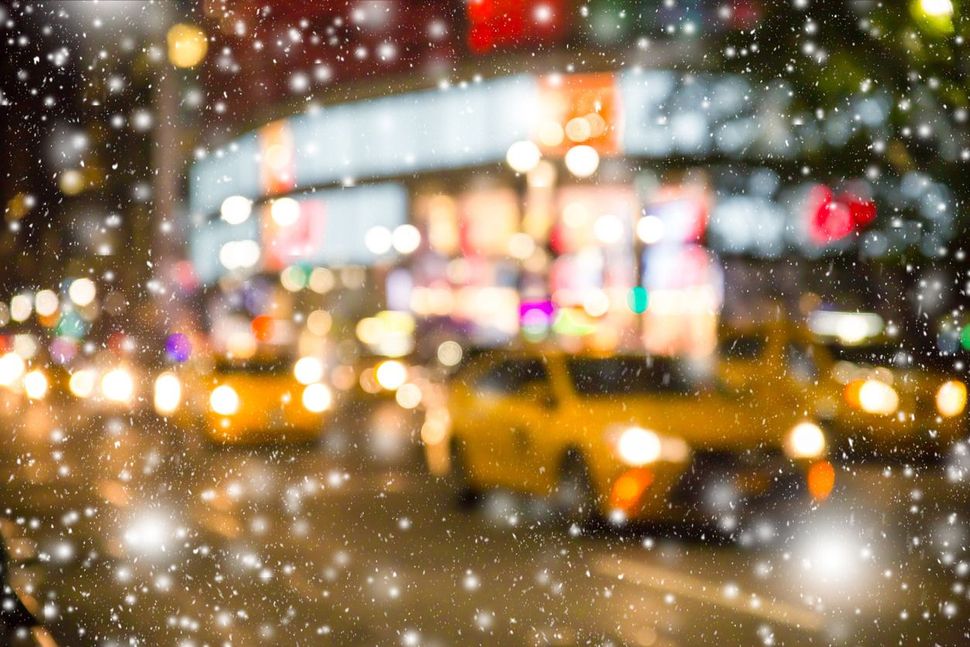 Christmas Day is a great time to explore New York. Image by iStock

For Jews, Christmas is a great excuse to do nothing — but with most of the city otherwise occupied, it’s also a great day to explore New York. If you wake up feeling festive, here are the eight best options for Christmas Day in the city.

Take an outing to one of the city’s classic cinemas 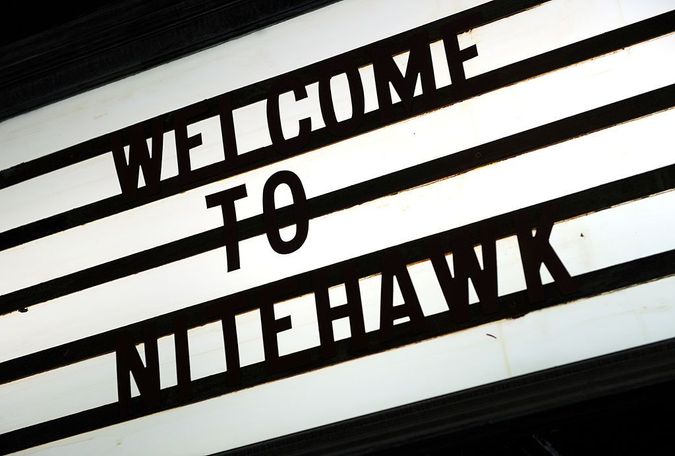 From “Little Women” to “Uncut Gems,” there’s a film for everyone this Christmas. Brooklyn’s Nitehawk Cinema pairs its movies with themed snacks, Metrograph’s adjacent bar is a chic spot for a couple’s night out, and Film Forum offers artsy picks for those of us who can’t even be in the same building as “Frozen II.” 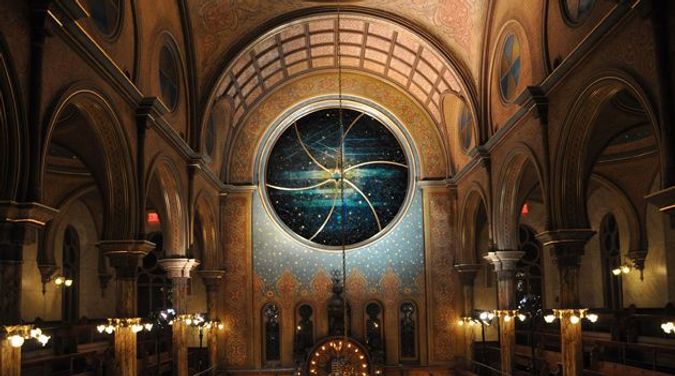 While the Met and MoMa shut their doors on Christmas Day, Jewish museums are propping up the city’s cultural life. The Museum at Eldridge Street will host its annual Klez For Kids family concert, followed by a Hanukkah ceremony featuring historic menorahs from the shul. The Jewish Museum offers a drawing workshop for kids, an exhibition of Hanukkah lamps, and performances from a Jewish bluegrass band.

Take in a jazz concert 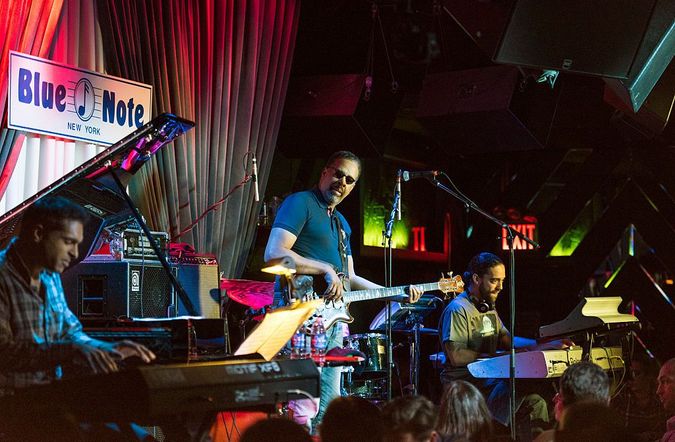 For many of the city’s most storied jazz clubs, Christmas is just another night. Blue Note has a holiday-themed concert, while basement bar Smalls offers three different acts. 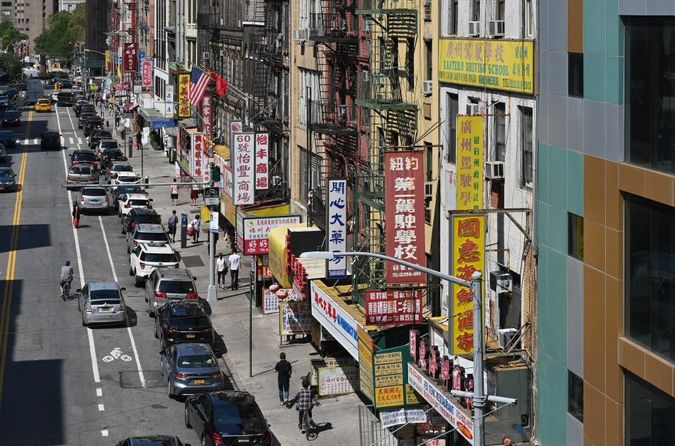 A view of the Lower East Side. Image by Getty

Chinatown is one of those places where the workaday hustle and bustle doesn’t stop on Christmas — and where you might not need a dinner reservation.

Do something classic and corny 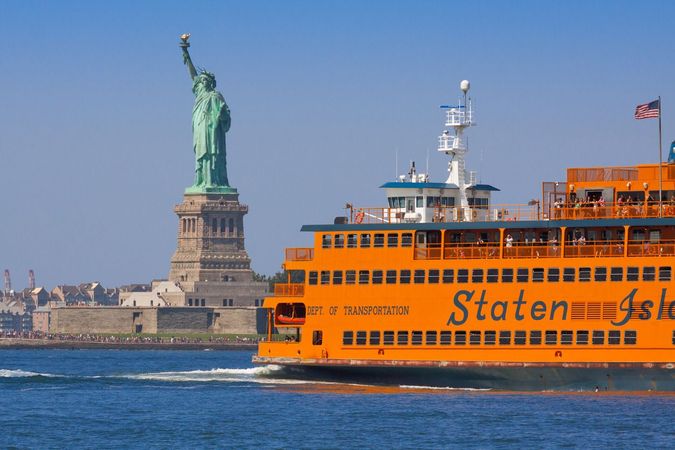 Christmas is the day to visit quintessential New York sites that are usually clogged by tourists. Bring your kids to the top of the Empire State Building, take the Staten Island Ferry, or just enjoy a quiet walk in Central Park. 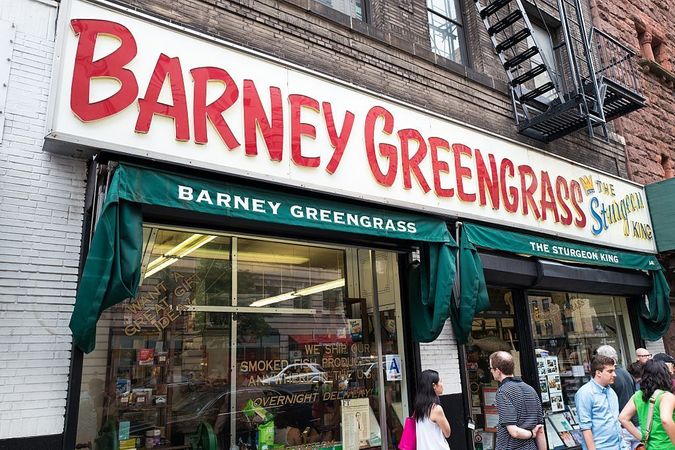 If you want to be festive without taking part in Christmas, Jewish deli is a great option. But unlike other restaurants, they’re often crowded on Christmas — so make a reservation!

Shop at a holiday market 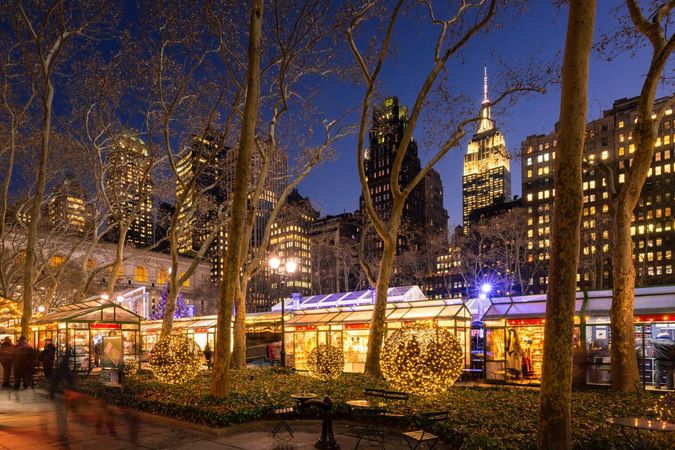 Holiday markets started out as a European Christmas tradition, but the one in Bryant Park, selling all kinds of food and gifts, gives another meaning to the phrase “festival of lights.” 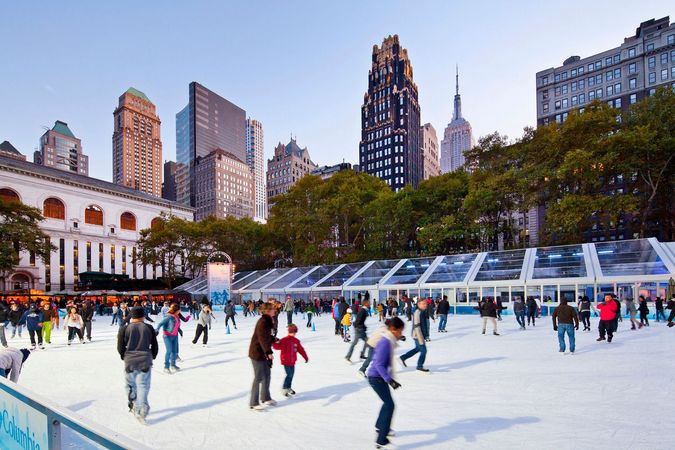 The Rockefeller Rink can be crowded and pricey, but there are plenty of other rinks that are open on Christmas. A lap around the rink at Bryant Park is a great prelude to the holiday market, and Brooklyn dwellers can skate closer to home at Prospect Park’s LeFrak Center.

Christmas in the City: What To Do In New York On Christmas Day