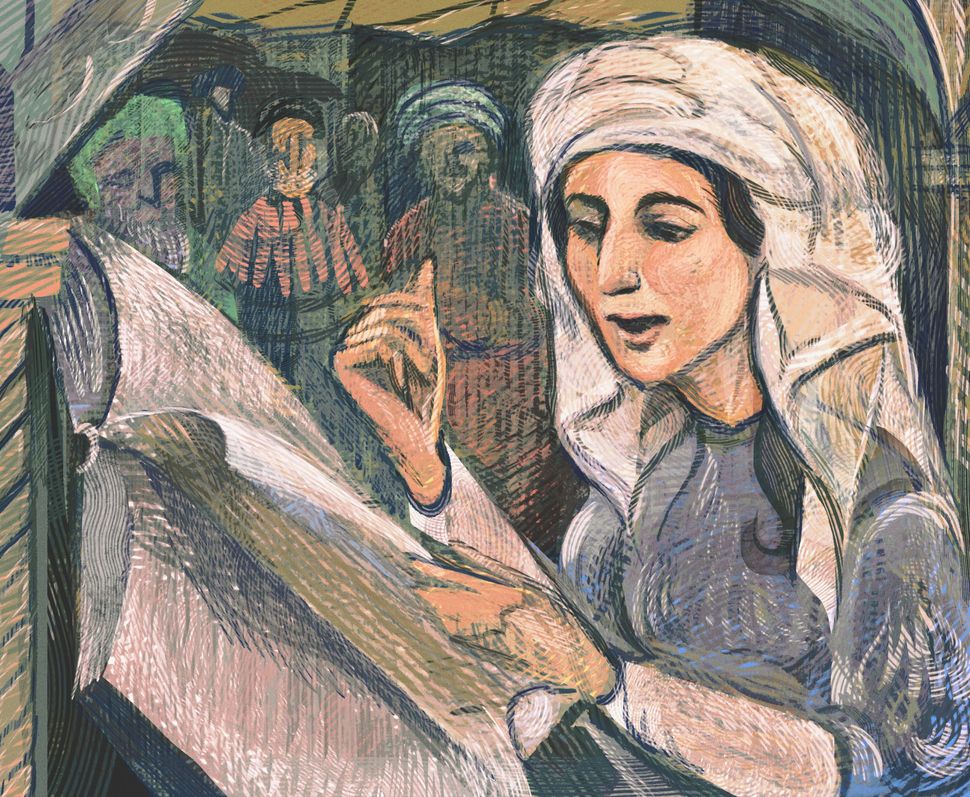 Who she was: Miriam Spira-Luria

Where and when: 15th-century Padua

What we know: If Miriam Spira-Luria were alive today, she’d be a public intellectual and a prominent voice on Jewish Twitter. But in a cloistered religious community controlled by men, she could never even get a seat at the table. Spira-Luria was born in Germany and married Aharon Luria, a scholar who lived in Italy. According to one of her descendants, Yochanan Luria, she leveraged her husband’s position as an academic leader to gain entrance to the yeshiva, eventually giving public lectures on halakha, or Jewish law and teaching Talmud to young men — all the while separated from her students by a curtain to preserve her modesty.

What she thought: We have no idea what conclusions Spira-Luria reached about the Talmud or how she instructed her students. Unlike those of her male counterparts, her teachings were not preserved. Despite her accomplishments, which she must have pursued with tenacity and and determination, her relative anonymity illustrates her era’s lack of respect for female scholarship.