It Was Never About the Building 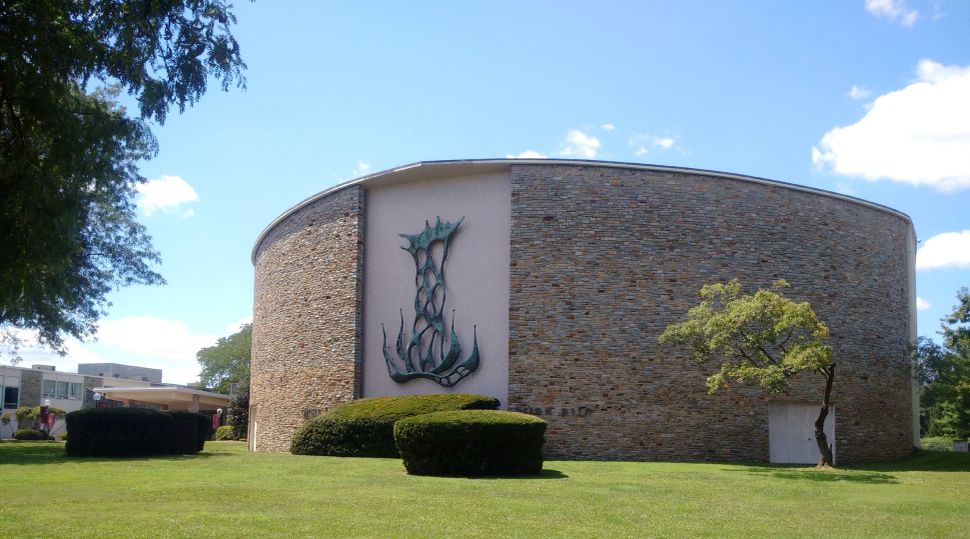 Today, April 1, is the 149th birthday of our synagogue. And it sits empty.

When the time came to close our synagogue due to the outbreak of the novel coronavirus, we were very careful to say that it was just our synagogue’s physical facility that was closing. Our doors were closing, but the synagogue itself was remaining open. So we shut our doors on Thursday, March 12 in the evening. On the morning of Friday, March 13, our virtual congregation opened.

If you had asked us before this what our congregation was about, we would have told you that we were about community, Torah, lifelong learning, and acts of lovingkindness. I do not believe that any of us would have said that who we were was 8100 Stevenson Road, Pikesville, Maryland. We knew it intuitively, but we are now reminded of it with every online class, every Zoom Bar Mitzvah, every livestreamed service, every Facetimed pastoral conversation, every emailed note, every birthday phone call.

We knew it was never about the building, because in our years-long history, we have inhabited five different physical buildings.

We wandered through Baltimore from the city to the county, from building to building, several of which still exist today, some even inhabited by other congregations. But none of those five buildings, even our current magnificent facility is Chizuk Amuno Congregation.

The irony is, we’d already begun quiet talks about our facility. Over the past few years, we acknowledged that one of our challenges as a congregation is our physical space. It is indeed magnificent, but it is also aging. We worry about our roof, our HVAC system, our electric bill, our security, our space needs, and all the attendant issues of a large, aging physical plant. It is both a blessing and an albatross.

Last Shabbat, we began reading the book of Vayikra (Leviticus) and we entered a new landscape with the people of Israel. It begins with the words, Vayikra el Moshe va yiddaber Adonai eilav. “And God called to Moshe and spoke to him.” (Leviticus 1:1)

Our Rabbis asked why God had to beckon to Moses to introduce the laws of sacrifice. One interpretation quoted by the editor of the Etz Hayim Chumash is that God had to call to Moses, because Moses thought that his assignment was completed. He escorted the people out of Egyptian slavery, brought the Ten Commandments down from Mount Sinai and oversaw the building of the Tabernacle that would provide a physical space to encounter the Divine during their wandering.

Moses thought the mode of Israelite religion that had been established was well-entrenched, working successfully, and thus his professional work was done. Not so, says the opening words of Leviticus.

Like Moses called to learn a new mode of worship, namely the sacrificial system, Jews and all people of faith have been called to find new ways to make God present in situations that the Bible could not have imagined. Maimonides used to instruct us that ritual sacrifice was not an end in itself but rather a means to an end. He says that is why it was so limited — limited in what could be offered, by whom and in what location. Prayer on the other hand, can be offered by any person, in any place.

From April 1, 1871 until March 12, 2020 we had been so fortunate to enjoy the blessings of a one magnificent physical facility or another as the home of our prayers and our synagogue community. Now we have left the building behind but we have taken our community and its values with us.

Rabbi Debi Wechsler is a rabbi at Chizuk Amuno Congregation in Baltimore, Maryland.

It Was Never About the Building