Everyday Heroes: They’re taking care of grandparents — dozens of them. 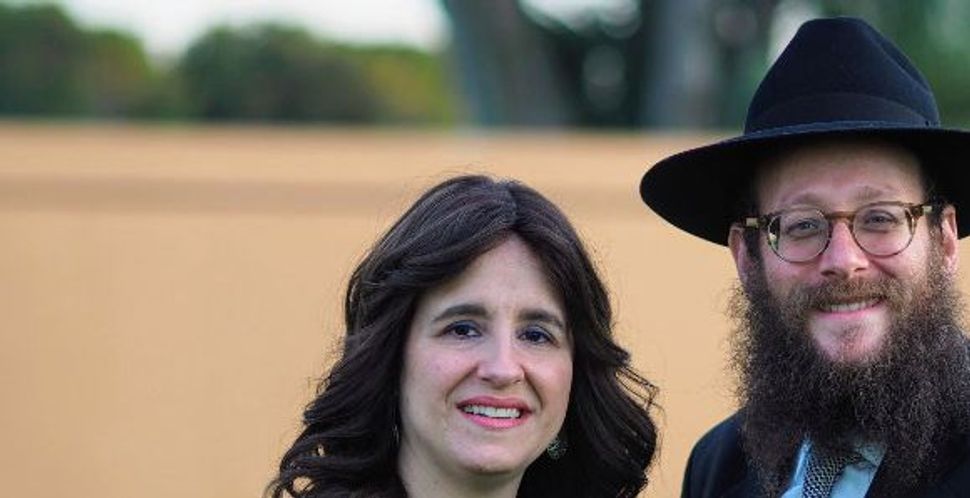 The Forward asked readers to tell us about the “everyday heroes” in their lives, people doing extraordinary things in this extraordinary time. If you know someone acting heroically right now, let us know — we’ll be adding to the collection in the coming days.

Who they are: Originally from Brooklyn, the Andrusiers moved to Florida five years ago to be Chabad emissaries to Century Village of Pembroke Pines, an organization that operates under Chabad of Southwest Broward. Shimon Andrusier also serves as the Pulpit Rabbi of Young Israel of Century Village. Upon arrival, they founded the Sunshine Circle, an initiative that matches volunteers with Holocaust survivors and seniors in need of companionship. Most members of the Sunshine Circle have no family living nearby, making them especially vulnerable now that coronavirus has confined most seniors to the home, making them reliant on relatives for groceries and other supplies. Fortunately, the Andrusiers had a plan.

What they’re doing now: As soon as the pandemic started, the Andrusiers organized the delivery of hundreds of kosher meals, groceries, and other necessities to the Sunshine Circle’s seniors, said Michael Levine, who volunteers with the couple. A local kosher restaurant has provided prepared meals, and volunteers like Levine scour the supermarkets for hard-to-find items like toilet paper and paper towels.

But Levine said the Andrusiers, whom he described as “nonstop workers,” also keep track of the needs of individual seniors in the network, calling them regularly to gauge their emotional well-being and delivering the specific items they need, from Tylenol for one Holocaust survivor to chopped liver to an elderly man with anemia. To combat loneliness, Rabbi Andrusier also hosted virtual Passover events and ongoing series of Torah classes via Zoom. So far only one member of the Sunshine Circle has contracted coronavirus, and as he fights the virus in the hospital, the couple speaks to his wife daily.

“Where they have the time to handle all of this, I don’t know,” Levine said of the couple, who have eight children to care for as well. But for them, he said, the members of the Sunshine Circle are like their own parents. “They feel that the seniors are their children’s bubbes and zaydes,” he said.

Everyday Heroes: They’re taking care of grandparents — dozens of them.