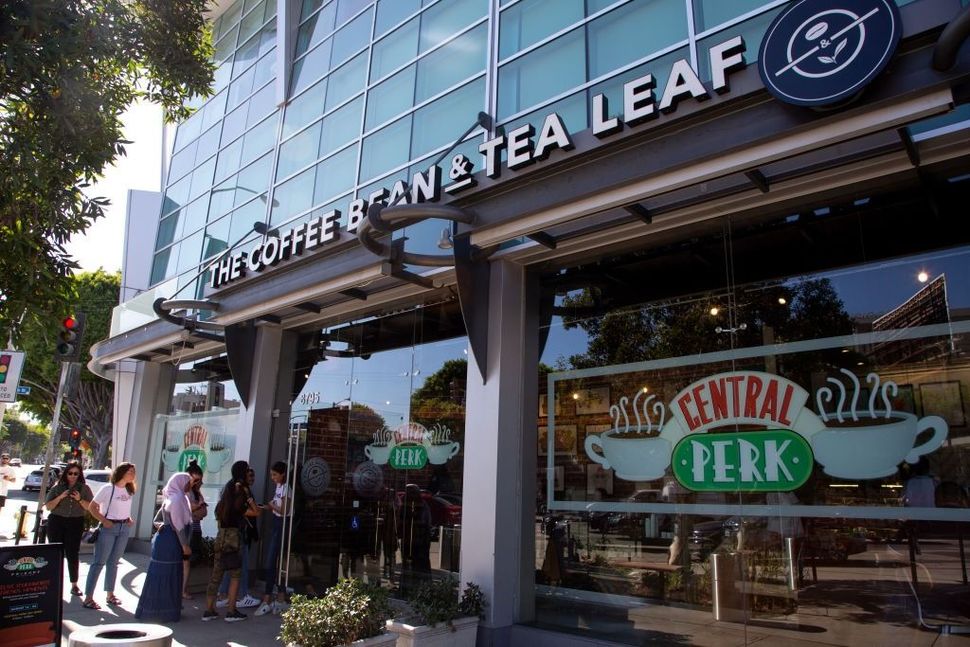 We live two blocks from a Coffee Bean & Tea Leaf. We dart over frequently for coffee, bran muffins, and sometimes even the calorie-bomb: melted mozzarella and tomato on sour dough – yummm. And all our road trips start with a CBTL stop.

So, it affected us personally when the company announced last week that its chain-wide kosher certification would end on June 8. The coffee may remain drinkable, but the food will be off limits.

My Jewy WhatsApp groups have been buzzing ever since, with people falling into two camps: (1) let’s organize and show the new owners, Philippines-based fast food chain Jollibee, that we really care about these stores so they’ll at least keep them kosher in our neighborhoods, or (2) the heck with them: CBTL will go the way of Noah’s Bagels, which gave up its kosher status in 2002 and soon experienced widespread failure in its ambitious expansion.

Then there’s the famous example of Coke making the opposite call. When Atlanta-based Coca Cola became a national phenomenon in the early 20th century, American Jews needed to know if it was kosher. They reached out to the local Orthodox rabbi in Atlanta, Tobias Geffen. He innocently asked Coca Cola executives for the list of ingredients, not knowing that the recipe was (and is) a closely guarded secret. Amazingly, they agreed to provide it, as long as the rabbi would respect its confidentiality.

Rabbi Geffen learned that Coke included glycerin made from cows that had not been ritually slaughtered, so he could not grant a heksher. Working with the execs, he established that glycerin of equal quality could be manufactured from plant products, and the company undertook the transformation. Rabbi Geffen granted the certificate and Coke has remained kosher to this day. Other companies followed suit, and today about half the packaged products in a modern supermarket are kosher.

Why should a national brand undertake the unnecessary expense of kosher supervision and certification for the sake of a sliver of their American market, the small minority of Jews who keep kosher?

In places where there are no other kosher options, the loss of CBTL will surely sting. The consequences of CBTL’s decertification here in Hancock Park, a large Orthodox community in L.A., will not compare to the impact on a small frum community like Long Beach. We can walk to 15 kosher restaurants, and two new ones have even opened up during the pandemic for delivery. We’ll see if the new places endure – our neighborhood is notoriously picky. For a kosher restaurant to last, it has to offer value. CBTL was never a high end bakery/cafe, but it was reasonably priced, tasty and above all convenient.

And for some, CBTL is more than a convenience. As filmmaker Arnon Shorr put it, “We’ll lose the opportunity to feel, just a little bit, like normal folks, out and about, getting hungry, grabbing a sandwich.”

I can relate to this, especially when I walk through an airport or food court with a hungry stomach. When reggae rock star Matisyahu left his beard and fedora behind, it was in part from his frustration at finding so little to eat on the road.

It’s not easy being kosher. And maybe that’s the point.

Many secular Jews believe kashrut was needed at one time for saving Jews from pork-based trichinosis, but such rules no longer matter because our modern food supply is much safer than the ancient world’s. This reasoning is false. God did not command us to distinguish between permitted and prohibited foods for our physical health. Likewise the prohibition on wearing a garment made of linen and wool: These laws are not rational. They are instead supra-rational commands we fulfill simply because God said so. One might argue that they have the effect of keeping us a distinct people over time, and I say, “Yes!” It’s funny how often members of our tribe celebrate the distinctiveness and diversity of other cultures while rejecting their own, but it is also true that keeping our community distinct takes work and sacrifice.

It is not convenient to be a Torah Jew.

The academy of Rabbi Yishmael taught that we avoid prohibited foods because they stupefy our hearts, thus keeping us from reaching our spiritual potential. When we make even a small effort to increase our observance, the angels and souls of the Heavenly Host rejoice and help us greatly in refining ourselves (Yoma 39a, B. Talmud).

In its absence, however, I’ll probably patronize a mom & pop shop that will spring up to replace it, and I may make some new friends in the neighborhood. Perhaps I’ll earn a few points with the Heavenly Host, and they’ll strengthen me in fulfilling my mission to share Jewish wisdom with all people.

I hope the new owners of CBTL take a look at the story of kosher Coke before they implement their new plan, but if God wills otherwise, it’s ok with me.

Salvador Litvak shares Jewish the beauty of Jewish wisdom every day with over a million followers at facebook.com/accidentaltalmudist.