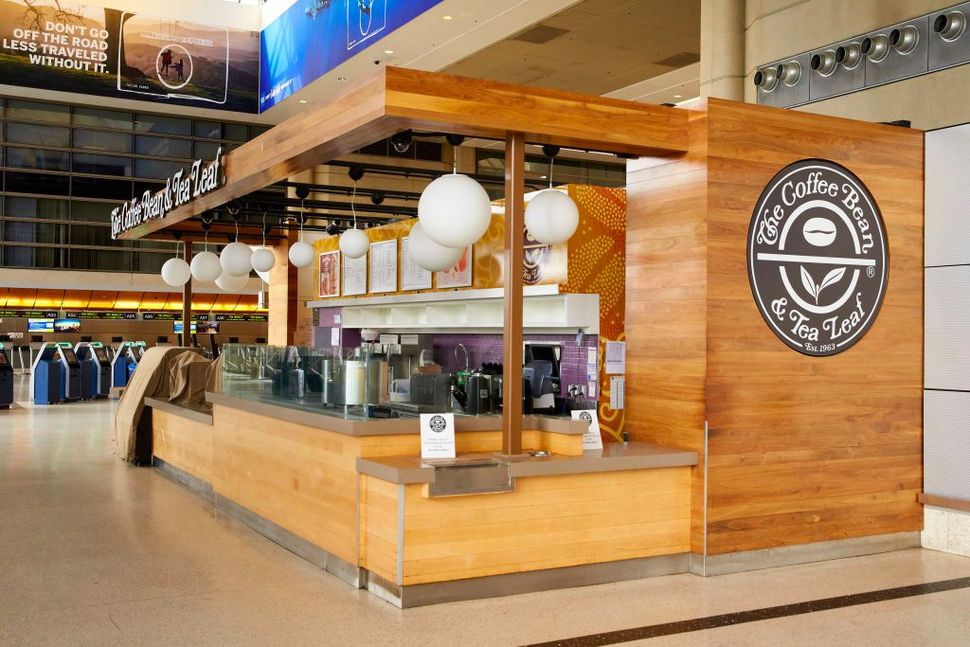 A CBTL outpost at the Los Angeles International Airport. Image by Getty

The Coffee Bean and Tea Leaf (CBTL), a California-based chain of coffee shops known for its certified kosher offerings, is ending its kosher-only status.

In a May 12 statement, the company announced that “extensive consumer research” had revealed a desire for “a broader array of food options” among customers.

As of June 8, bakery items and behind-the-bar beverages will no longer be kosher certified, although some will be made with kosher ingredients. CBTL’s packaged coffees and teas will still be certified kosher through the Kosher Supervision of America (KSA), and stores will offer some certified kosher packaged food items.

While the company initially planned to phase out kosher goods gradually, it sped up the transition because of “increased business pressures” as a result of the coronavirus pandemic, the statement said.

CBTL was founded in 1963 by Herb Hyman in the Brentwood neighborhood of Los Angeles. At a time when most coffee came pre-ground in cans, Hyman attracted customers by offering bags of whole beans from Kenya and Costa Rica and brewing small-batch coffee in the store. Decades later, the chain is known for its Ice Blended, a kosher frappucino-style drink. Shops serve a wide variety of kosher pastries and even offer challah on Fridays. Flagship locations in Los Angeles are popular meeting places for kosher-observant Jews.

In its press release, CBTL nodded to the importance of that clientele. “We have long been committed to providing food and beverage offers that delight and inspire our Guests, including the Orthodox community,” the statement said.