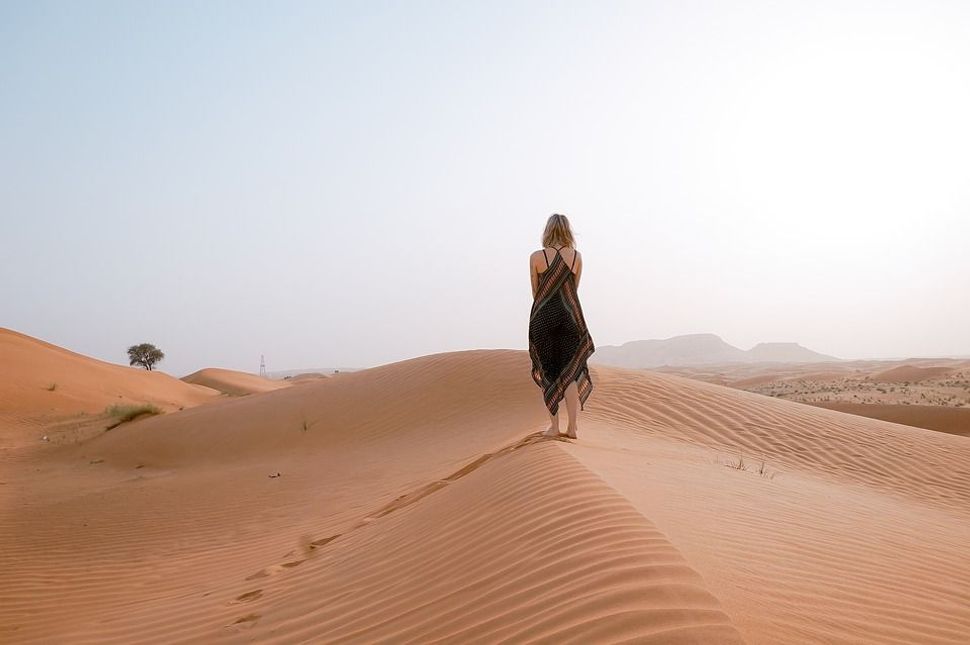 One of the hardest things for me to get used to during this pandemic has been not being able to go to shul on shabbos or to have friends and fellow synagogue members over for a homemade meal afterwards. Not only has this deprived me of trying out new recipes on my guests, it also took away the opportunity to discuss the weekly Torah portion and what meaning we might find in it.

On the other hand, spending so much time alone now gives me a chance to study some Torah on my own, especially as I try to make sense of the almost surreal uncertainty that we now face. Hearing the latest figures – that close to 100,000 Americans have died from COVID-19 – brought into full relief the familiar words we recite on Yom Kippur about who shall live and who shall die.

If I’d known last Yom Kippur what I know now, I would have whispered those words with more urgency.

In any case, last week we began reading the fourth book of Moses, Bamidbar, also known as the Book of Numbers, which describes the Israelites’ 40-year journey from Egypt to the Promised Land. The uncertainty that they experienced on their journey through the desert, not knowing how long it would take, or who among them would survive and who wouldn’t, feels eerily close to what I’m experiencing these days.

According to God’s original plan, the journey through the desert wasn’t supposed to take the Israelites more than 11 days. Since God is all-powerful, He could have enabled them to take the straight path towards their goal – and yet He didn’t, which makes many of us think that this must have been retribution for the Israelites’ having rebelled against Him.

Although the Israelites defied God’s authority several times (their building and worshiping a golden calf was obviously a major no-no), most scholars agree that it was the sin of the spies that really did them in. Moses had sent 12 tribe leaders to scout out the land of Canaan, and after returning, all but two gave an alarming report about the strength of Canaan’s inhabitants, concluding that there was no way the Israelites could defeat them. “All the people we saw are men of stature, giants. In our eyes, we seemed like grasshoppers, and so were we in their eyes.”

This, of course, demoralized the Israelites, causing them to regret leaving Egypt, despite the terrible experience they’d had there as slaves. “Why does the Lord bring us to this land to fall by the sword?” they cried. “Let us appoint a leader and return to Egypt!”

God’s angry reply: “How much longer will they not believe in Me after all the signs I have performed in their midst? I will strike them with a plague and annihilate them.”

Funny how the word “plague” used to sound so medieval and Old World. I always felt bad for folks back then who had no modern medicine to save them. Today, that same word seems to be swirling right outside my door, like the frightening thick mist of the 10th plague, the killing of the firstborn, moving stealthily from house to house, in Cecile B. DeMille’s “The Ten Commandments.”

Luckily, God changed his mind. Instead of annihilating the Israelites, he punished them by having them wander in the wilderness for 40 years, until all those who had left Egypt died. Why? The most common rabbinic interpretation is that if the Israelites preferred living under a regime that had enslaved them rather than experience true freedom with all its hardship, they clearly suffered from a slave mentality and didn’t have what it takes to build a land of their own.

But there’s another way to see this. Alan Hirshman, a friend of mine who shares his thoughts on the weekly Torah portion with fellow shul members (now on Zoom), pointed out that the children of Israel also needed lots of time to contemplate how to go forward, how to be able to grow and thrive despite new, very harsh, unpredictable conditions.

We, too, are now experiencing the wilderness of the unknown. After two months of self-isolation, some of us are knowingly taking risks by opening things up a bit: letting a cleaning service into our homes because we just can’t get rid of all that dust and grime on our own or, in states like Massachusetts, going back to the barber shop. Although we may be doing so wearing masks and gloves, we know there are no guarantees.

And yet, imagine if this dangerous virus had enveloped the globe 10 years ago. Without Zoom, Facebook Live and other tools of modern technology, we wouldn’t have been able to see the faces of our friends and relatives as we talked to them; of our co-workers during staff meetings, or of our rabbis and fellow congregants during lectures or services. Our children would not have been able to see their teachers and classmates on the screen as they “attend” class. We now know how life-sustaining this visual connection to people’s faces is; the telephone would never have been able to comfort us in the same way.

Without Zoom and other virtual ways of connecting, people living alone would have been unable to enjoy the company of others, leading to true isolation. That would have been the cruelest side effect of social distancing, causing unbearable depression and despair to untold millions. There’s good reason why solitary confinement in jails has been so severely criticized by psychologists and prison activists; it’s nothing less than a form of torture.

Our ability to connect with others visually – to chat, collaborate, learn from and be entertained by them – has been a tremendous psychological gift as we navigate this frightening real-life dystopia. As for those people lucky enough to be “stuck at home” with their children or parents, this has, for many, been a way to strengthen familial bonds in a way that wouldn’t have been possible when each family member had the freedom to attend their own public and private events or to socialize with their friends.

Judging from conversations I’ve had with parents, many seem to be developing a deeper relationship with their children as they help them with their schoolwork, hike with them in the relatively safe outdoors or enjoy meals together, creating lasting memories for everyone.

Like the Israelites, we are wandering in a desert without a compass. Although our technology hasn’t yet been able to defeat this latest plague, it has helped keep us stay linked – virtually, emotionally and even spiritually – to the rest of society. Until we find a cure for the coronavirus, this is our greatest miracle.