I’m a rabbi who is accidentally dating a non-Jew. What now?!

From its start in 1906, A Bintel Brief was a pillar of the Forward, helping generations of Jewish immigrants learn how to be American. Now our columnists are helping people navigate the complexities of being Jewish in 2020. Send questions to binte[email protected]

Half an hour into the date I find out he’s not Jewish! He was just raised in Lower Merion. After the date he texted me a joke about the Hebrew meaning of my name.

This seemed crazy to me! I was surprised that he agreed to go on a date with a rabbi in the first place. I think he kind of realized mid-date that I was assuming he was Jewish which is why he clarified. My question is — WHAT DO I DO?! HE’S SO NICE!

Wow, okay, not how I expected this letter to end! When you began your story, I assumed you were annoyed at Josh for seemingly misleading you about being Jewish, and you wanted an outside perspective on whether you had a right to be peeved by his behavior. But that’s not your question at all! Your question is that, while you might not have gone on the date if you had known he was not Jewish…you did go on the date, and now you like him and (I think) you want to know if you should go on another date with him.

That leaves much to discuss. I’m wondering why your “only date Jews” policy seems to have turned around so quickly. Presumably, there are reasons you usually only date Jews. What are they? Why did they crumble so easily in the face of this one nice date?

I ask because, if you’ve always envisioned yourself with a Jewish partner, then this would be a pretty big shift in your dating parameters. Have you had a dearth of potential partners lately? Are you worried about not finding the right person, and so cutting off any plausible romantic matches feels risky and dumb? Have you always been frustrated by the expectation that rabbis marry Jews, but felt bound by its conventions? Is this Josh just that spectacular?

How you feel about all of that will inform your next steps.

If Josh is just a nice sweet guy in a sea of bad dates — a fine but not great match — and you just want someone to go out with for the moment, then I cautiously say: Why not? I know I’ll get some flak for encouraging dating without serious consideration of the issues that might come up down the road. But these are lonely times, there is a pandemic raging, and some romantic contact can be really nice — even if it comes with an expiration date.

In this scenario, you must be absolutely clear to him that you don’t envision the relationship long term (and be Covid-cautious, in all the recommended ways!). Keep dating elsewhere, even if that means going on video dates and accepting offers of phone dates from friends. Have fun, but if you start to notice you are getting very attached, or you feel the desire to talk him up to friends, colleagues, family and others, then move on to the advice below. 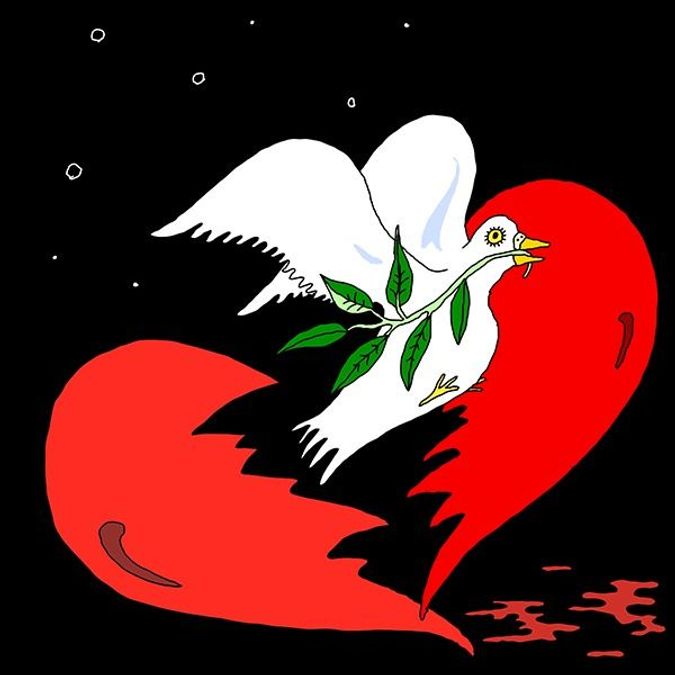 The Advice Below: What if your question isn’t coming from a place of loneliness, or desire for some fun, but a deep worry that you might be missing out on the right person for you? Maybe this date was that amazing. This can be especially motivating if you haven’t dated anyone you like in a really long time.

If you cannot stop thinking about this guy, then I understand why you want to pursue this, despite the major hesitations that have guided your dating life until this point. If you do start dating, and things seem to feel serious, then I offer a few things to consider about your relationship dynamic, and how his non-Jewish identity intersects with your rabbi identity:

I offer these, because this is where the rabbi bit does make the question a little different than if you were a Jewish layperson in love with a non-Jew. You chose to become a rabbi, and to dedicate your life to the Jewish people. As a rabbi, your Jewish choices are public in a way they would not be if you were a layperson. That’s what it means to be a Jewish leader. Rabbis definitely deserve private lives, as I’ve written about before, but the Jewish decisions they make with their lives are important to their congregations. Being Jewish is a tremendous part of who you are.

You want to share your passion with your partner. Many artists, such as musicians or actors with unconventional hours, and others in passion-driven fields, describe how hard it can be to have a partner who doesn’t “get” what they do and why. Even rabbis with Jewish partners who are not super committed to the Jewish project can struggle. Especially for work as community-oriented as being a rabbi, you want a strong support base at home. That can be a partner who is not Jewish, but it’s asking a lot of that partner to commit to a community that is not their own — no matter how many Jewish friends they have, or how many references they understand.

Finally, as you well know, most rabbinical bodies require rabbis to be married to other Jews, and lots of congregations and Jewish institutions might not feel comfortable hiring a rabbi with a non-Jewish partner. Given your hesitations, I assume you operate in a community where this would be a hard path to walk down. You need to feel on board with this choice both as a person with a crush, and as a rabbi with a mission to serve the Jewish people, however you see that mission.

So I say you can consider that second date, but do not dodge the hard questions that follow.

(And if you’re just looking for a non-awkward way to let him know that it’s really not him, it’s you, and I totally misinterpreted your question, well, just be honest. You can explicitly name the Jewish thing if you’d like, and it sounds like he might understand, or just say you enjoyed meeting him but don’t see you two as a couple. Either way, good luck!)

I’m a rabbi who is accidentally dating a non-Jew. What now?!