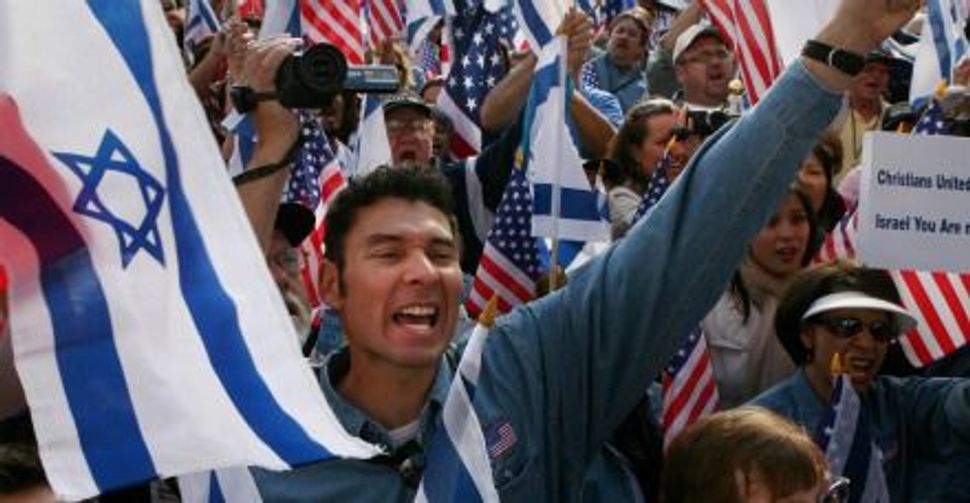 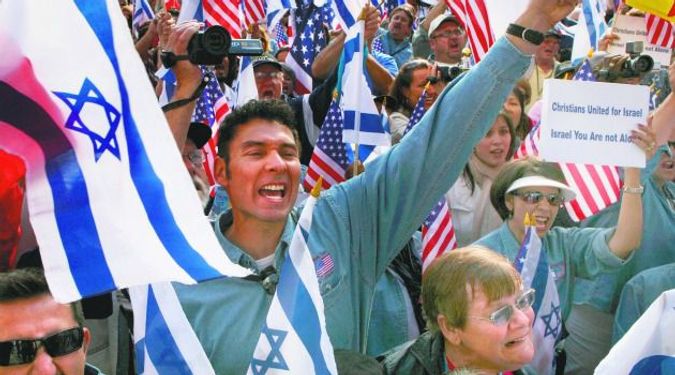 Lingering Suspicion: Evangelical Christian support for Israel has not dampened the distrust many Jews feel for them, a new poll reveals. Image by getty images

Advocates for improved relations between Jews and Christian evangelicals had hoped that years of working together to support Israel would build bridges between the two otherwise distant communities. But a new poll indicates that mistrust and suspicion still run deep, at least on the Jewish side.

Only one in five Jewish Americans holds favorable views of those aligned with the Christian right, a category that includes most of Israel’s evangelical supporters.

“I find this shocking and concerning,” said Rabbi Yechiel Eckstein, founder and president of the International Fellowship of Christians and Jews, the first major group to engage evangelical Christians in support of Israel. Eckstein and other activists working on Jewish-evangelical relations expressed a sense of betrayal, accusing Jewish liberals of being prejudiced against Christian conservatives and of clinging to pre-conceived notions and stereotypes about evangelicals’ beliefs and goals.

The survey, conducted by the Public Religion Research Institute and published April 3, asked Jewish respondents to rate the favorability of several religious groups. Mormons received a 47% favorability rating, Muslims 41.4%; the group described as “Christian Right” was viewed in favorable terms by only 20.9% of Jewish Americans. In contrast, the general American population, as shown by other polling data, views evangelicals more favorably than Muslims and Mormons.

“Most liberal Jews view the Christian right as wanting to impose a Christian America on them,” said Marshall Breger, professor at the Catholic University of America’s Columbus School of Law and leading voice on inter-religious relations. “To the extent to which the bulk of Jews are liberal, both politically and culturally, they’ll have negative views of the Christian right.”

Social views of Christian conservatives have been drawing attention in recent months as an increasingly significant part of the Republican presidential primary discourse. Attempts by GOP candidates to prove their conservative credentials in order to win over the Christian right have had, experts believe, an adverse effect on the Jewish community, turning it away from the Republican Party.

“It’s a huge factor in preventing Jews from becoming more attracted to Republican candidates,” said Kenneth Wald, distinguished professor of political science at the University of Florida and a leading expert on the intersection of religion and politics. He explained that the prominent role played by Christian conservatives in Republican politics is the major obstacle facing the party as it tries to win over Jewish voters.

Nonetheless, some have noticed a greater acceptance in the Jewish community. Eckstein said that in more than three decades of work on strengthening partnerships between the communities, he has seen Jewish opinion shift gradually to a more tolerant view of Christian evangelicals. “In the early years, the Christian right was very, very suspect in the eyes of the Jewish community,” he said.

Over time, the organized Jewish community began to warm up to evangelicals — in part, he believes, because of his group’s financial support to Jewish organizations. “When we started giving to the Jewish Agency [for Israel] and the [American Jewish] Joint [Distribution Committee], the Jewish community’s attitude began to change,” Eckstein said in a telephone interview from Israel.

Eckstein recalled being chastised for bringing televangelist Jerry Falwell to his synagogue 32 years ago, but later he officially represented the State of Israel at Falwell’s 2007 funeral. “Evangelicals went from being a pariah to becoming accepted,” he said.

This acceptance, however, has not penetrated the liberal Jewish circles or the broader Jewish community, all of which still view friendship to Israel as second in importance to shared social values. “There is a small segment of the Jewish population that loves evangelicals because evangelicals love Israel,” said Michael Cromartie, vice president of the Ethics and Public Policy Center, a Washington religious affairs think tank. These Jews focus on the issue of Israel while not “buying into” other values promoted by Christian evangelicals, Cromartie said.

All research points to the sharp contrast between Jews and Christian conservative views on abortions, women rights, gay and lesbian rights, and the separation of religion and state as the key factor distancing the two communities. But David Brog, executive director of Christians United for Israel, America’s largest evangelical pro-Israel organization, sees these issues as an excuse.

“On the social issues, there is more-or-less unanimity between Christian Conservatives, Mormons, Muslims and Orthodox Jews,” Brog argued. But it is only the Christian conservatives who are treated with mistrust by Jews — a situation caused, Brog posited, by Jewish concerns over evangelical proselytizing or adherence to the belief that the Christian faith should replace Judaism. “We in the Jewish community need to stop viewing the present through the lens of the traumatic past,” he said.

While praising Jewish organizations and federations for welcoming Christian evangelicals, Brog pointed to the Reform movement as leading the opposing views. Eckstein spoke generally about liberal Jews who “are concerned about tikkun olam [repairing the world]” more than about Israel, as those who still refuse to trust evangelicals as partners.

In response, Rabbi David Saperstein, head of the Reform movement’s Religious Action Center, said that it is not the Christian right’s beliefs on social issues that pose a problem to the Jewish community — it is their attempt to bring those beliefs to the public sphere.

“The Christian right has a clear agenda for America that it is trying to advance in all levels of American politics, and this has to do with fundamental questions of our existence, such as church and state separation,” Saperstein said. In contrast, Catholics, Mormons and Muslims, as well as Orthodox Jews, have not taken their conservative beliefs beyond their own communities.

Saperstein sees initial seeds of cooperation between Jews and evangelical Christians on issues such as global warming and the fight against sex trafficking. Cooperation on these matters, he said, has helped build trust. Saperstein, however, warned that the current political focus of Christian conservatives on social issues, including abortions and civil liberties, “makes it very difficult to change the filters through which the Jewish community looks at them.”