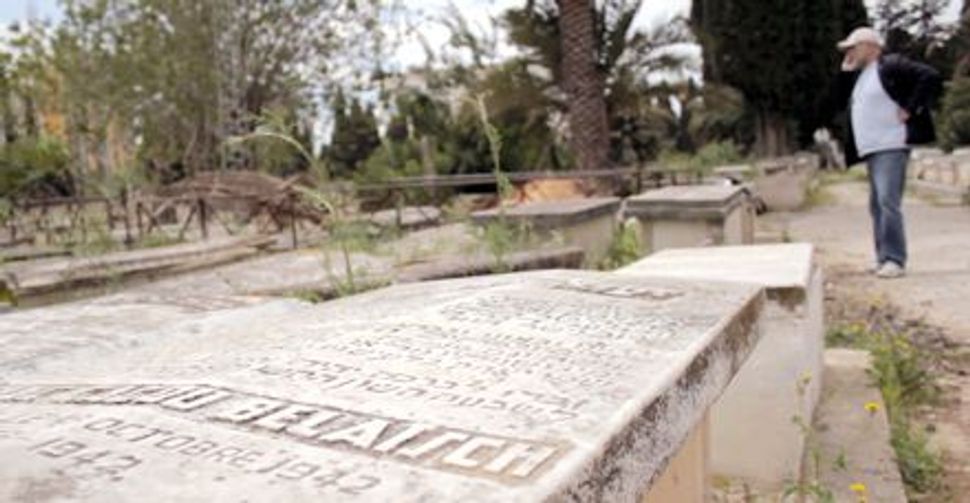 After years of decay and neglect, the Jewish cemetery in Tunis is overgrown, unkempt and could be declared ‘abandoned’ by the Tunisian government a status that could result in its redevelopment. The fate of the cemetery rests on a few caretakers like Joseph Krief, a native-born Tunisian Jew, who has tried for years without success to organize a campaign to clean and restore the cemetery. In April, the Forward met with Krief to hear about the history of the cemetery and the threat that it could be destroyed.