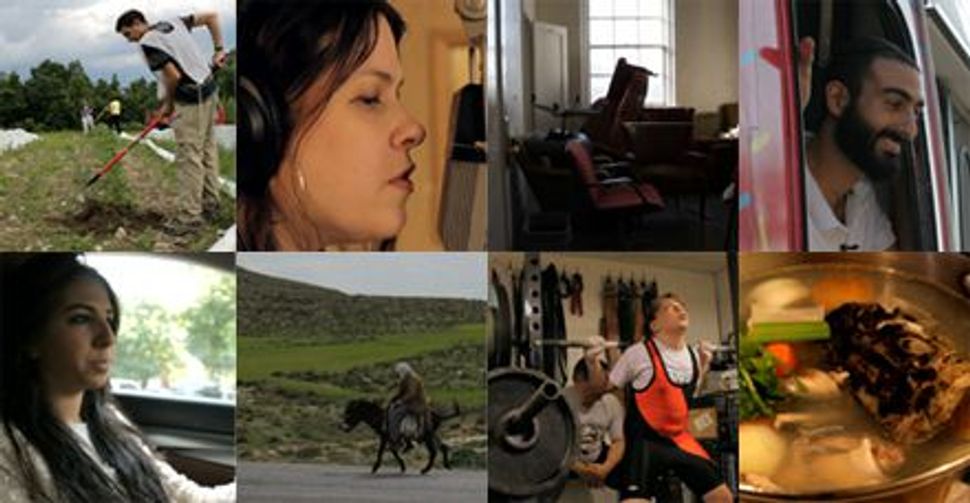 This year the Forward committed to telling Jewish stories visually and we’ve produced more video than ever before. So to get a sense of where we’ve been, here’s our top ten videos from 2012:

Without a doubt our most popular video was our profile of young Naomi Kutin, a Jewish girl from New Jersey who is setting powerlifting records, despite weighing less than 100 pounds. The story was picked up and passed around far beyond the Jewish world and popped up on Buzzfeed, the Huffington Post and even El Globo.

We’ve used the format of “video profile” a number of times throughout the year to introduce you to a diverse range of people: from a Hasidic ice cream truck driver with his own Hebrew jingle, to an unorthodox Orthodox political candidate dressed in pink, to a Jewish lawyer who moonlights as Santa Claus.

While spending time with all of these people has been fascinating, for me the most memorable videos have been about communities facing major change. In April I travelled to Tunisia and met with members of the small Jewish community in Tunis and Djerba to see how they were faring a year after a revolution swept out a dictator and swept in a moderate Islamist government.

A day after Hurricane Sandy, and much closer to home, I took a cab to Coney Island with our reporter Josh-Nathan Kazis to survey the scene at Sea Gate, a community on the western tip of the neighborhood. I didn’t have any of my normal video equipment, which was trapped in our Manhattan offices, but with a still camera and audio recorded on Josh’s cell phone, we were able to publish a simple, but powerful document of the storm.

Our videos have sometimes been controversial. In April we published a video of the singer Neshama Carlebach reworking the song “Hatikvah” to include the sentiments of Israel’s Arab population. While many people found the song to be beautiful and heartfelt, others were quite vocal about their opposition to our publishing an altered version of the Israeli national anthem. But as Jane Eisner in her editorial wrote, “the conversation, like the song, belongs to all of us” and I’m happy to have been a part of it.