AIPAC Offers Clues to Barack Obama as He Heads to Israel 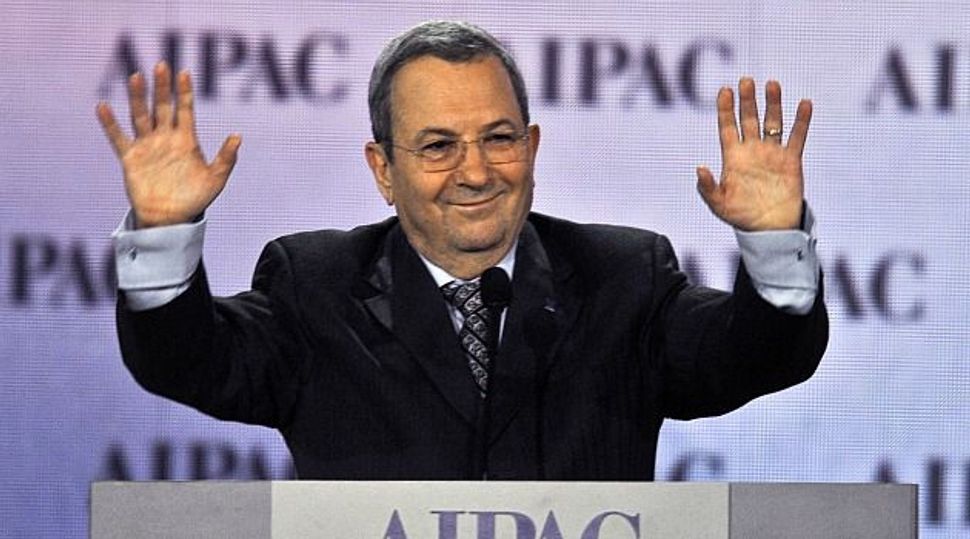 Swan Song: Israeli Defense Minister Ehud Barak made his last official visit to AIPAC?s conference. He offered clues as to what President Obama can expect on his upcoming visit.

As President Obama prepares for his trip to Israel, he can get a good sense of Israeli expectations by listening in to speeches and conversations at the American Israel Public Affairs Committee’s annual policy conference.

There, the message is clear: The perceived nuclear threat from Iran and the turmoil in Syria and in other neighboring countries top Israel’s agenda. The Israeli – Palestinian issue is not part of the lobby’s legislative agenda this year. In speeches the emphasis when it comes to the Palestinians is simply on demanding they return to negotiations without pre-conditions. 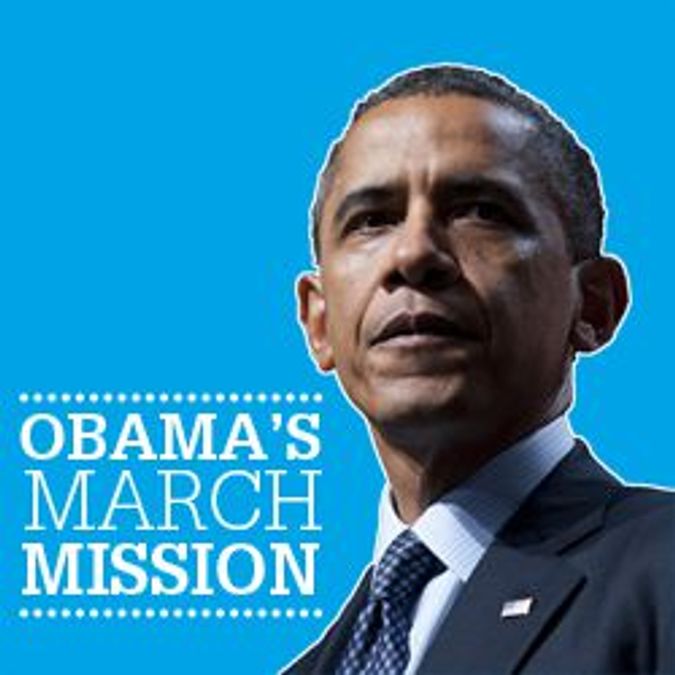 Israel’s outgoing defense minister Ehud Barak, in his last visit to Washington and final address to the pro-Israel lobby, told the audience that he is leaving office, after serving as military chief of staff, as prime minister and in a score of other cabinet-level positions, with a clear insight about the role of the Israeli-Palestinian conflict in the Middle East.

“Many think that the root [of all Middle East problems] is our inability to solve the conflict with the Palestinians,” Barak said, “Well, I say it is not true.”

He noted the ouster of Egyptian dictator Hosni Mubarak and the Muslim Brotherhood’s rise to power in that country, the brutal civil war miring Syria and Iran’s alleged drive for nuclear weapons. All these challenges would exist, he said, “even if a peace agreement with the Palestinians had been signed and sealed a long time ago.”

Barak, who conducted peace talks as prime minister in 2000, hastened to add that Israel must nevertheless keep pursuing a two-state solution. But he acknowledged that a final status solution is not possible in the current situation. Israel should, therefore, he said, seek an interim agreement. And if that is not possible it should go for a unilateral move, in which it will demarcate its border with the Palestinians and maintain Israel’s military presence along the Jordan Valley, along the West Bank’s border with Jordan.

Barak has not presented this idea while in office as defense secretary. And in his speech he made clear that the plan represents his own personal views, not those of caretaker Prime Minister Benjamin Netanyahu, who is currently immersed in complex negotiations to form a new government that Barack will not be part of.

Moreover, Barak made it clear that whatever route Israel chose on the Palestinian issue was, for Israelis, of secondary importance. Iran remained front and center. And the current international sanctions against Iran, Barak stressed, were not necessarily an effective solution to the problem.

“Frankly, while exhausting all diplomatic means is understandable, I do not believe it will lead to a moment of truth when the mullahs give up their aspirations,” Barak told the AIPAC crowd. “Therefore, all options must be on the table.” To a cheering standing ovation in the packed conference hall, Barak added: “We expect all those who say it to mean it. Ladies and Gentlemen, we mean it, and let me repeat it – we mean it.”

Hardly discussed during the AIPAC conference was Israel’s internal political situation. Netanyahu, still struggling to build a coalition, will address the conference via video instead of appearing in person as in previous years. The government shaping up could include the right wing HaBayit HaYehudi party and may exclude the ultra-Orthodox parties.

It remains possible that Israel’s political map will not be clear until days before Obama leaves for Jerusalem. But Israel’s ambassador to the United States, Michael Oren, said in an interview that there are no plans to change President Obama’s visit because of the current stalemate. “We are continuing to prepare as usual,” Oren said, calling the upcoming visit “historic”.

AIPAC Offers Clues to Barack Obama as He Heads to Israel