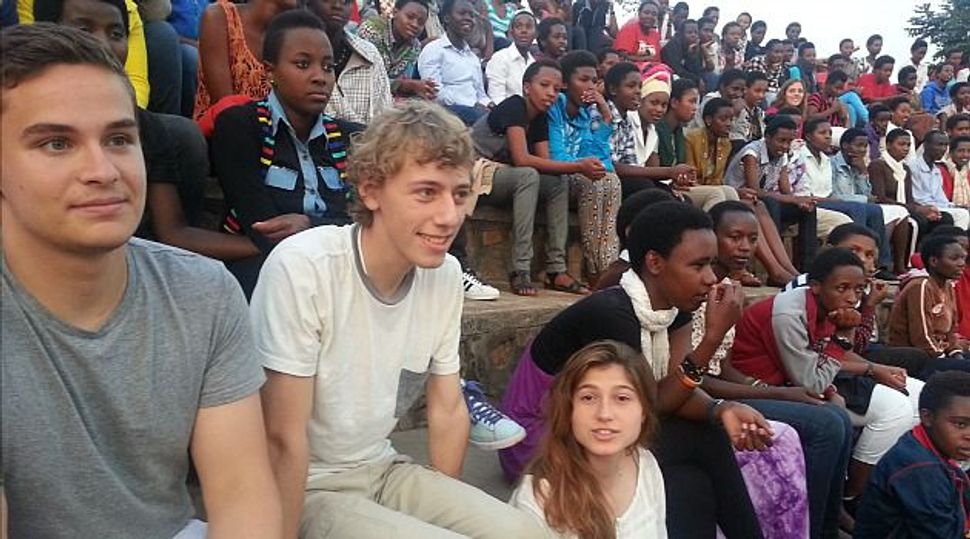 A groundbreaking Rwandan school for genocide orphans has welcomed the son of founder Anne Heyman with open arms — just three weeks after the Jewish philanthropist was killed in a tragic horse-riding accident in Florida.

Jonathan Merrin, 19, arrived at the Agahozo-Shalom Youth Village this week as part of a month-long service trip with other Jewish students on the Young Judaea post-high school program. Heyman’s nephew, Ben Bronstein, joined him on the volunteer trip.

“Jonathan is such a brave young man,” Jean-Claude Nkulikiyimfura, the school’s director, told the Forward from the campus outside the Rwandan capital of Kigali. “I can only imagine how difficult it is for him, because every place in this village is a constant reminder of his mother. But I believe that along the way it will make hims much stronger.

Merrin, Bronstein, and the other Young Judaea students are helping the school organize its facility and working on construction projects, including building a small bridge on the campus and a house for a family in the surrounding community.

“They are doing a wonderful job of helping out in the village and also helping out in the community,” Nkulikiyimfura said, and added that Merrin is throwing himself into the work along with the other students. “He always wants to be part of the group. He doesn’t want to be treated special.”

The Young Judaea volunteers are also spending time with the school’s 500 students, who are orphans of the horrific 1994 Rwandan genocide which claimed the lives of hundreds of thousands.

The students have made their gratitude to Merrin clear, noting that his trip is a reassuring sign of the family’s determination to continue to support the project even after her death.

“He is giving a message, not by talking but his action, that he shares a vision and heart by his mother,” said Emmanuel Nkundunkundiye, 21, a recent graduate of Agahozo-Shalom.

“For us, he’s representing his family and they are giving us a message that the whole family is going to work together to honor Anne’s life and legacy by carrying on what she was doing.” 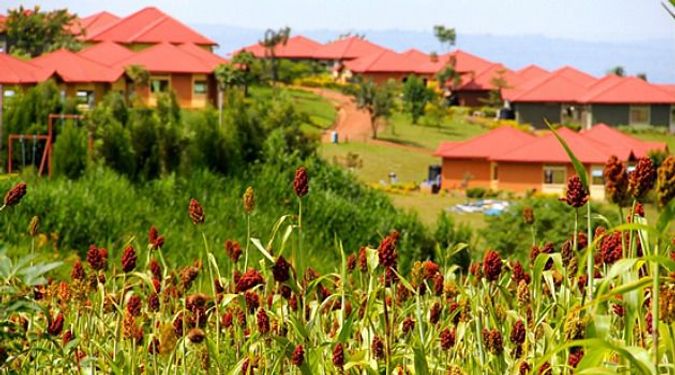 The director said a recent arrival at the school who had never met Anne Heyman handed a poignant letter of thanks to her son instead.

“I never had a chance to say thank you to your mother, so I would like to write you a letter so I can thank you,” the student wrote to Merrin, who was “extremely moved,” according to Nkulikiyimfura.

“It’s such a beautiful thing. As sad as it is, I think it makes him feel like people really appreciated his mother,” Nkulikiyimfura said.

Heyman, who died in an equestrian accident o January 28, in Florida, was born in South Africa and worked as a lawyer and prosecutor in New York. She was a strong supporter of numerous Jewish organizations, including Young Judaea, the Heschel School in New York, Dorot, and the UJA-Federation.

Her pride and joy was the Agahozo-Shalom Youth Village, which she founded in 2008 to provide Rwandan orphans with a family and an education. The school is modeled on the Israeli kibbutzes which took in orphans of the Holocaust in the 1940s.

Heyman made numerous trips each year to the school and was beloved by students and staff alike. One of the school’s employees decided to conduct an informal survey of the school’s staff opinion of Heyman after her death. “He asked the entire staff, ‘Who is Anne Heyman to you?’” Nkulikiyimfura said. “None of the staff mentioned Anne Heyman as an employer. Everybody said she was a mother, she was an inspiration, she was everything.”

Despite the loss of the Agahozo-Shalom’s founder and patron, Nkulikiyimfura feels confident the youth village will continue to thrive. The organization’s board of directors already elected a new chairman, Laurie Franz, who was Heyman’s friend.

“The entire board has said, ‘Whatever Anne expected of us, we’re going to do double,” Nkulikiyimfura said.

Heyman’s husband, Seth Merrin, has also shown his support for the group. “He said numerous times that if you want Anne to live [on], then Agahozo-Shalom needs to continue,” Nkulikiyimfura said.