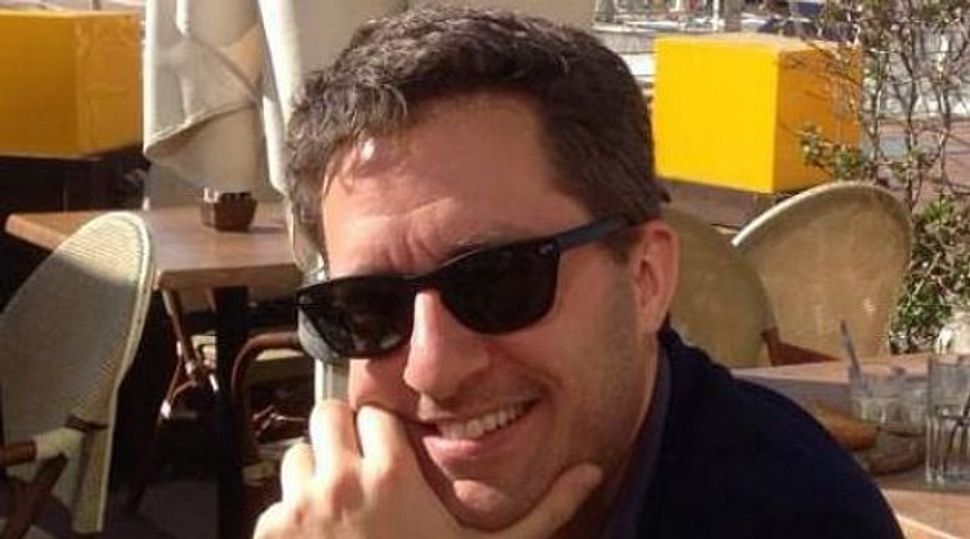 Image by courtesy of tamara demko

The three weeks that have passed since the murder of Florida law professor Dan Markel have done little to lift the shroud of mystery surrounding the case.

A brilliant legal mind deeply immersed in the life of his local Jewish community in Tallahassee, Markel is still being mourned by friends and colleagues who already miss his unapologetic, intellectual wit. Those who knew him said it made every conversation with the 41-year-old into a cerebral challenge.

“Dan was clearly an intellectual, serious guy,” said Paul Horwitz, a law professor at The University of Alabama School of Law who contributed to PrawfsBlawg, a legal affairs blog that Markel co-founded. “We all, for his sake and for ours, would appreciate closure and justice, but we don’t want his death to overshadow his life.”

The sense of loss shared by Markel’s friends, who have held memorials for him in Tallahassee, Boston, Washington, Los Angeles and his hometown of Toronto, is compounded by the lack of any significant leads that could shed light on the circumstances of his July 18 murder outside his home in an affluent neighborhood of Florida’s state capital.

Observers have raised a multiplicity of hypotheses and possibilities, including one with a particularly Jewish twist: Among his many professional activities, Markel provided legal assistance to a New Jersey Orthodox rabbi accused of kidnapping and beating Jewish men who were divorced under civil law but who refused to grant their wives a get, or Jewish religious divorce. The rabbis allegedly sought to force them to do so. A lawyer for one of the rabbis told WCTV that Markel was hired as an “expert on conspiracy law” and that the rabbi’s case had no connection to Markel’s murder.

Markel was gunned down as he drove into his driveway while talking on his cell phone. A neighbor rushed to the car and called 911, reporting that Markel was seriously injured but still seemed to be moving in the car.

“He’s still alive, he’s still moving,” the anonymous caller cried out, according to the 911 call transcript. Help, however, was late to come. The 911 dispatcher on duty erroneously categorized the case as a low-priority incident, resulting in a late arrival of the emergency crews. Nineteen minutes passed before an ambulance reached Markel who later died at the hospital. Florida police authorities acknowledged the dispatcher’s mistake, and local newspapers have reported that the belated response could have meant the difference between life and death for Markel.

Born in Toronto and raised in a family active in Conservative Judaism, Markel moved to the United States and studied for his undergraduate degree at Harvard College and later at the prestigious university’s law school. In 2005 he moved to Tallahassee, where he began to teach at Florida State University’s College of Law. Markel’s field of expertise was the theory of punishment, but he was better known for PrawfsBlawg, the blog he co-founded in which law professors share their thoughts and experience as academics and teachers.

It is this picture-perfect life story that has left so many people puzzled by his death.

Initially the police assumed Markel was a random victim of a burglary attempt. But investigators quickly ruled out this scenario. Within days of Markel’s murder, Tallahassee police chief Michael DeLeo announced that Markel was an “intended victim,” meaning that his killer was targeting him specifically.

“My investigators will do everything they can to see [that] those responsible for this murder are brought to justice,” DeLeo promised, but weeks of investigation have yet to turn up any significant clues.

The first direction examined by the police was Markel’s contentious divorce from Wendi Adelson, his ex-wife and the mother of their two boys, Lincoln and Benjamin. Adelson, who is also a law professor at FSU, and Markel finalized their divorce last year, agreeing on joint custody arrangements. But they remained engaged in legal battles over financial settlements.

Adelson was interviewed by investigators, and according to her lawyers she was fully cooperative. Her attorney issued a statement asking the media to respect her privacy “as she helps her children overcome the unexpected loss of their father.”

Another aspect that has surfaced during the investigation is the emergence of threatening Internet postings, presumably written by a student of Markel who seemed to have taken issue with his teaching style and his treatment of students. “So yes, ‘all means necessary’ are important to shutting people like YOU down,” stated the writer, who went by the profile athiestATLlawyer. Markel had complained that he felt physically threatened by the posts, to which the writer responded: “You’re worried about your home and private life being a target? What about your graduate’s homes and private lives? (Or lack thereof?) YOU’VE RUINED THEIR LIVES YOU FOOL.”

Another posting, reportedly being investigated by the police, accused Markel of stifling the discussion on his blog. “To put it charitably folks who have never even met you are inclined to see you as an obsessive, egomaniacal control freak,” the anonymous writer stated.

But this was hardly the impression Markel left on friends and colleagues.

All portrayed Markel as unique, but in ways quite opposite from the descriptions of those who assailed him on his website. They remember a friend who was at times blunt, direct and very enthusiastic, but never offensive. “There are plenty of people in academia who are a little introverted,” Horwitz said. “Dan was not an introvert. He had a strong life force.”

“He was aggressively academic. He didn’t have much interest in dumbing down an idea,” added Michael Goldenpine, a friend from Markel’s days at Harvard University’s Hillel. “He was genuine and wasn’t particularly interested in sparing you his opinion.”

“He spoke his mind freely, never tempering his views to suit his audience. This ruffled flocks of feathers but also won him as many admirers,” his friend Abigail Shrier wrote in the Los Angeles-based Jewish Journal. In the obituary she wrote, Shrier fondly recalled Markel inviting himself for Sabbath dinner whenever he was in L.A.

While not necessarily observant, Markel approached his Jewish faith with the same spirit of enthusiasm he brought to his academic work. At Harvard he frequented the Hillel House, not just for Sabbath dinners but mainly for the lively intellectual exchange. “It was a very vibrant community with a degree of openness not seen in other places,” Goldenpine recalled.

The Harvard Hillel exchanges led some of the participants to later establish Kehilat Hadar, an independent egalitarian community based in New York. Markel co-chaired Hillel’s committee on religious and ethical thought, but he was also remembered for his chutzpah. Not only did it lead him to step forward in intellectual debates, but it also brought the young graduate student to invite all his Hillel fellows one Friday evening for dinner while house-sitting the home of Martin Peretz, the former New Republic publisher.

After graduating, Markel spent time in Israel as a Dorot fellow, a program that brings prominent young American Jews to Israel for a year of study, after which they return as lay leaders in their community.

He later returned several times to Israel on family visits and teaching assignments.

In Tallahassee, he joined the Conservative Shomrei Torah Synagogue, though Markel’s friends describe him as a “klal Israel guy,” one who did not pay much attention to denominational divides.

Markel’s friends are keen to see the mystery of his murder solved, but they feel the permanence of their loss, whatever the answer may turn out to be.

“I always looked forward to continuing the conversations with him, and I feel in some ways cheated that I can’t have them anymore,” Goldenpine said.