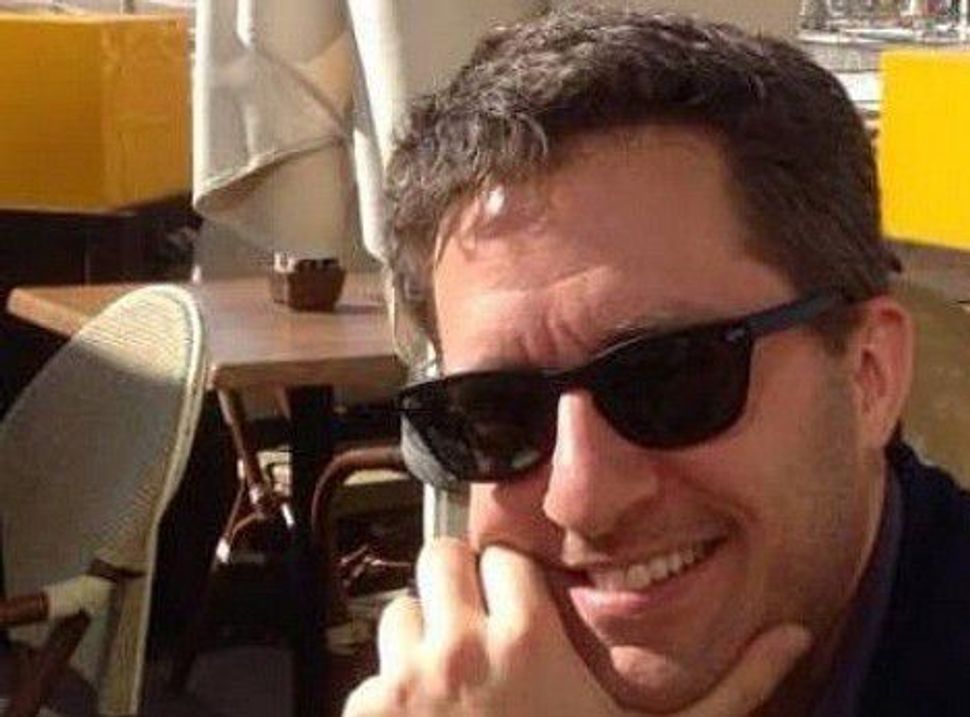 Image by COURTESY OF TAMARA DEMKO

In the days before his murder, Florida law professor Dan Markel was hired as a legal consultant in an explosive New Jersey divorce extortion case involving several Orthodox rabbis.

Markel, who was gunned down outside his Tallahassee, Florida home on July 18, had been in touch with Rabbi Martin Wolmark, one of ten men arrested last October for conspiring to kidnap and torture Orthodox Jewish husbands who refuse to grant their wives gets, or religious divorces.

The Forward has learned that police initially investigated whether there was any link between Markel’s plans to consult in the ‘get’ extortion case and his still-unsolved murder.

Detectives called Wolmark’s attorney Ben Brafman, a prominent criminal defense lawyer whose clients have included Sean “P. Diddy” Combs and Dominique Strauss-Kahn, to ask about Markel in the days after the murder, Brafman told the Forward.

But they appear to have quickly rejected any connection. That could have been because Markel’s tie to the case was so tangential as well as the fact that the husbands targeted in the ‘get’ case — who might have been thought to hold a grudge against Markel — were apparently not even aware of his involvement.

A Tallahassee police spokesman said he couldn’t comment on any possible tie between Markel’s murder and the ‘get’ case.

“We are following up on all of his associations,” Officer Scott Beck said.

Markel, 41, was shot in the head as he pulled into his driveway in an affluent neighborhood of Tallahassee. A neighbor who heard the gunshot quickly called 911, but because of a dispatcher error, it took emergency responders 19 minutes to reach Markel, who later died at a hospital.

Tallahasse Police have said they believe that Markel was the “intended victim,” ruling out robbery or a random attack. Three weeks after his death, police are still searching for the culprit and have announced no major leads in the investigation.

Investigators have told reporters that they are investigating reports that Markel was threatened by hostile posts on law blogs. He also was in the midst of a contentious divorce from Wendi Adelson, who is also a Florida State law professor.

Detectives apparently came across the ‘get’ connection while combing through Markel’s recent email communications.

But police never actually questioned Wolmark, who is under house arrest in New York, and he is not a suspect, according to Brafman.

Brafman described Markel’s recent association with his client’s case as “an unfortunate coincidence,” but said any attempt to link that case with Markel’s murder was “sheer craziness.”

“Wolmark had absolutely nothing to do with this,” he said, and emphasized that police are interested in talking to everyone who had contact with Markel in the days before his death.

Brafman said his collaboration with Markel was in its earliest stages, and believes his office was first in touch with Markel only the day before his death. “We were supposed to meet, but that never happened,” he said. It is unlikely anyone could have known that Markel had been in touch with Wolmark or was assisting his legal team, according to Brafmann. That includes the recalcitrant husbands who were Wolmark’s alleged victims.

“Nobody knew about it and nobody would know about it,” Brafman said.

Last October, Wolmark was arrested in an FBI sting operation against a group of men accused of kidnapping and violently forcing recalcitrant husbands to grant gets, using karate and cattle prods. Without a get, Orthodox women are prohibited from remarrying after a divorce; most husbands willingly sign the document, but some refuse out of spite or in an effort to extract concessions from their wives.

Wives denied a religious divorce would allegedly pay tens of thousands of dollars for the hit men’s services.

Wolmark has pleaded not guilty to the charges he participated in the kidnapping scheme. His trial is set to begin February 2015.

Alleged victims of the get extortion scheme were not immediately reachable for comment, since their names are omitted from the indictments of Wolmark, ringleader Mendel Epstein, and their alleged co-conspirators. A spokesman for the New Jersey U.S. Attorney’s office also declined to provide them to the Forward.