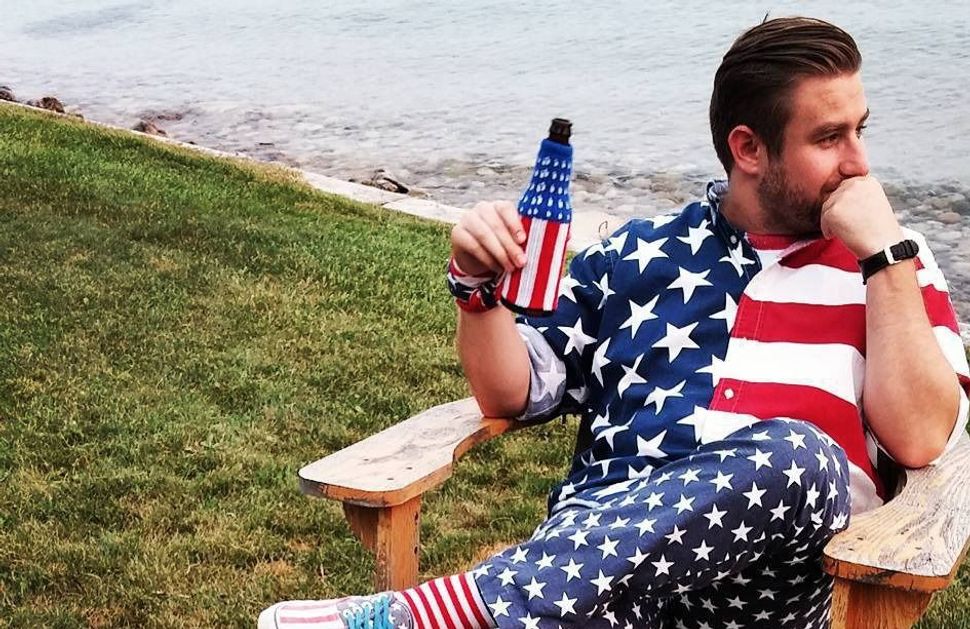 Strictly speaking, grilling food inside cabins has never been allowed at Camp Ramah in Wisconsin.

But for Seth Rich, the Jewish Democratic National Committee staffer tragically killed in Washington on July 10, the prohibition rarely got in the way of a late-night salami cook-in or a marathon grilled cheese-making session.

“Seth had a whole kitchen in the cabin,” said Ben Hofkin, Rich’s former counselor at the large camp affiliated with the Conservative movement. “They had a fridge for the meat, a separate grill for dairy, separate utensils. They were very serious about keeping it kosher.”

As Hofkin mourned the loss of 27-year-old Rich, he saw a powerful meaning in the illicit cookouts: Even though Rich was not particularly observant, he wanted to make sure that his more observant friends could enjoy the salami, steak and kebabs with him.

That respect for others’ beliefs combined with the can-do spirit made Rich a natural leader — and a serious politics geek.

“He was a totally unassuming intellectual who knew very early on that he wanted go into politics,” said Jacob Cytryn, the director of Camp Ramah. “He wanted to get stuff done.” 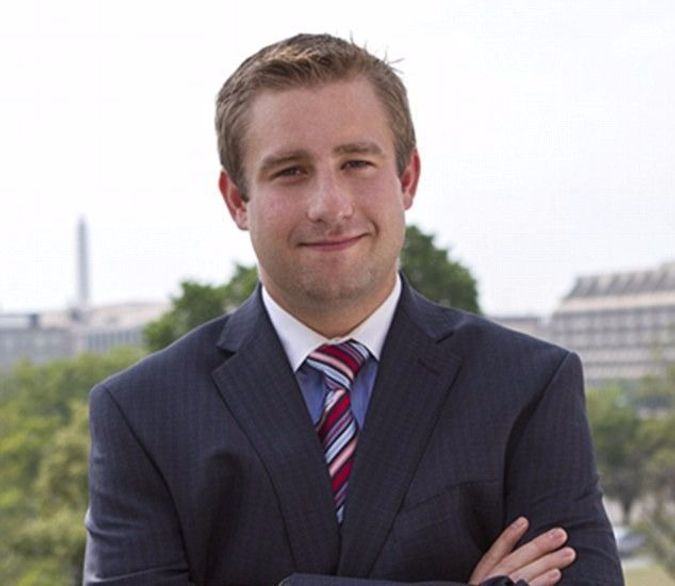 Rich’s life was cut short early that Sunday morning, when an unknown assailant shot him four times, including at least once in the back.

The idealistic young man from Omaha, Nebraska, was on his way home in the Bloomingdale neighborhood of Washington, a small community near Howard University that has seen a rise in crime this year. Police heard the gunshots and arrived on the scene to find Rich conscious and breathing, but he died of his injuries after being taken to a local hospital.

The motive for the shooting is still unclear. Rich’s father, Joel Rich, thought that it might have been a botched robbery attempt. The shooter remains at large, and the investigation into the shooting is ongoing. The police are offering a $25,000 reward for information on the case.

Growing memorial on the corner where #SethConradRich was murdered. Neighbors paying their respects. pic.twitter.com/yHTeKopxv7

For friends and family it was a shocking end to a short life of extraordinary promise.

Rich grew up in a tight-knit and relatively modest Jewish community in Omaha. Rabbi Paul Drazen, who knew Rich when he was a young boy still preparing for his bar mitzvah, said he always knew Rich would go far.

“He was a young man who had dreams, and, frankly, he pursued them,” Drazen said “He really, really pushed hard to be all he could be.”

Drazen credited Rich’s parents with teaching him the importance of caring for others — in words and deeds. When they would visit their son at summer camp, Drazen said, they wouldn’t just bring treats for Rich’s cabin — they would bring food enough for his whole eidah, or age group.

“That was the kind of lesson they taught through the way they lived,” Drazen said. “And they still live that way.”

Joel Rich is the immediate past president of their synagogue. His grandparents were founding members.

“This is a family that is entrenched in our Jewish community,” Abraham said.

Rich brought creativity and initiative to his experience at camp, especially during his summer as the director of boating education in 2011, a year after graduating from Creighton University in Omaha.

“He was exceptionally thoughtful, very engaged, in his own way, in his Jewish identity,” Cytryn said. “And he loved roofball.”

He had always been drawn to the world of politics: In high school he was a member of the student democrats club, and at Creighton, where he majored in political science, he served two terms as a representative on the student government.

After his summer as the director of boating at Camp Ramah, Rich moved to Washington, where he held jobs in the office of the Nebraska senator Ben Nelson and at Greenberg Quinlan Rosner, a major polling and consulting firm, before going to work for the Democratic National Committee.

Seth Rich was only two years into his job as the voter expansion data director working for the DNC, where he helped boost turnout by connecting voters with resources like polling place locations.

But it was clear that he had even bigger goals.

“In this business, people cycle in and out, but not him,” said James Green, a campaign director who gave Rich one of his first jobs in politics. “He was going to be a rising star.”

Since the news of Rich’s killing broke, many of his friends and co-workers have taken to social media to mourn his loss.

Seth Rich was one of the good guys. https://t.co/Ltt5qzQEUA

Seth Rich was a great guy. Warm, funny, happy, extremely talented and creative. May his memory be a blessing. https://t.co/z8EdxOhZu6

Heartbreaking to hear about the loss of friend and former coworker Seth Rich. https://t.co/0aQutTIjKA https://t.co/ramhV9mYTG

“Add him to the roll of justice,” wrote Democratic stalwart Donna Brazile.

Remember his name and add him to the rolls of justice. #SethConradRich. He lived to make a difference. He believed in voting rights.

At a speech on gun reform on Tuesday in Portsmouth, N.H., Hillary Clinton, the presumptive Democratic presidential nominee, spoke of Rich’s death. Tragedies like these, she said, “tear at our soul.”

“Seth Rich was a dedicated, selfless public servant who worked tirelessly to protect the most sacred right we share as Americans — the right to vote,” said Debbie Wasserman-Schultz, chair of the DNC, in a statement released after Rich’s death.

“He was a joy to have as a member of our team, and his talents, intelligence and enthusiasm will be deeply missed by many friends, colleagues and coworkers who worked by his side in service to the highest ideals of our democracy.”

Around the office Rich was known for combining a strong work ethic with ample lightheartedness. He often pulled out his famous panda sweatshirt and wore it around the office, just to make his coworkers smile, his mother, Mary Ann Rich, told WOWT News.

“Will I forever miss him, yes. But I have to remember the happy times too to get through the tears,” she said.

“He worked hard and he wanted to make a difference and unfortunately now there is someone who could have made a difference who isn’t going to be there,” his father, Joel, said.

Seth Rich’s last Facebook post is a final symbol of his dedication to the ideals his parents instilled in him.

As accounts of the shootings of Dallas police officers spread, Rich made an emotional plea on Facebook for people to end the violence.

“I have family and friends on both sides of the law,” he wrote. “Please, stop killing each other.”