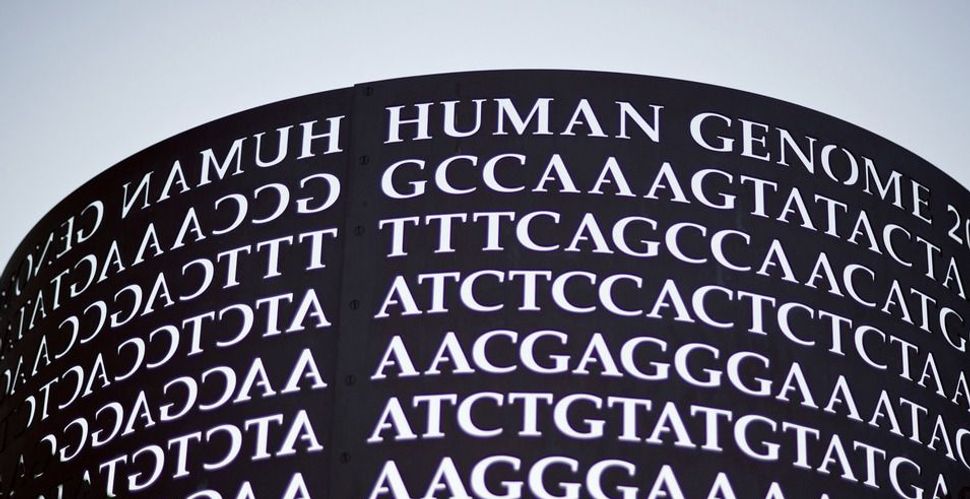 Carl Zimmer, bestselling writer about on parasites and evolution as well as a prolific columnist for the Science section of the New York Times, recently embarked on a journey into the secrets, the history and the intricate biology of his own genome.

While some popular companies, such as 23AndMe, offer genotyping services (an abbreviated alternative to sequencing) to help probe your genetic history, Zimmer decided he wanted to see — and examine — all 6 billion blocks of his DNA. In the resulting series of articles, Game of Genomes, Zimmer takes the 70 gigabyte spreadsheet file containing his genome around to some of the world’s leading geneticists, getting a tour of modern genetics as he gets a tour of his genetic “self.” The Forward’s Ari Feldman spoke with Zimmer by phone to talk about his impoverished set of saliva genes, his secret Italian ancestry and how strange it can be to be reduced to a (nearly endless) string of numbers.

Ari Feldman: You’ve been reporting on genome sequencing and the Human Genome Project since the 90s – kind of the Middle Ages of genetics. What originally attracted you to the science of genetics at that time?

Carl Zimmer: Scientists have been trying to figure out how life works for centuries, and with the discovery of DNA, and figuring out what genes are, it really became clear that part of the answer was going to lie in our genes. But even in the 1990s, fifty years after the discovery of the structure of DNA, it was very difficult even to look at the sequence of one gene. So it was a very exciting time in the 1990s, because people were starting to figure out how to sequence an entire genome. They started with bacteria and flies, but with those tools they were able to take on the human genome. Looking back to the 1990s, it does look awfully quaint, but at the time it was incredibly exciting. 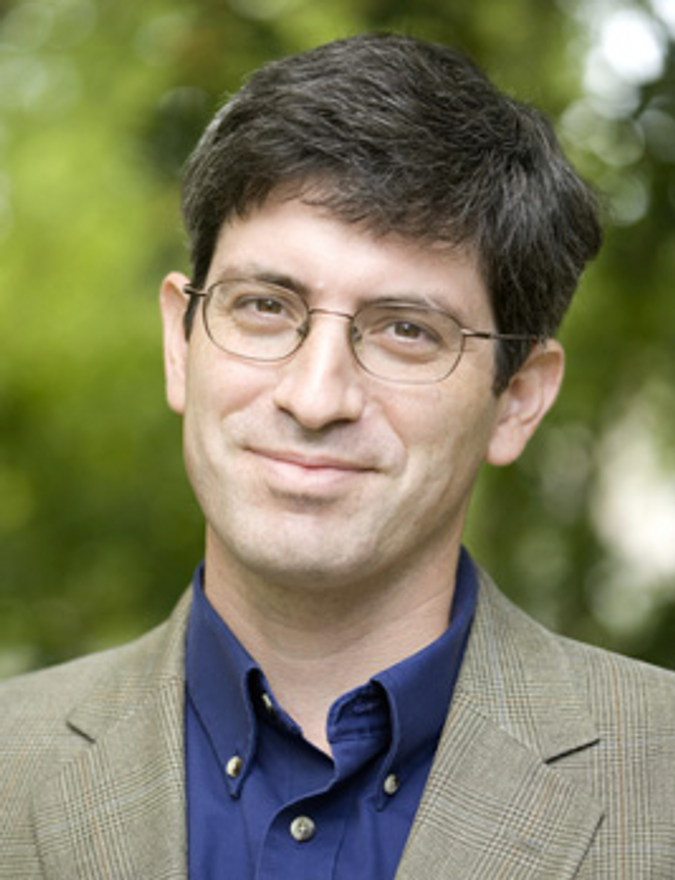 What has it been like watching genetics go from sequencing the genome of a bacteria to having over 100,000 whole human genomes sequenced and available for data mining by geneticists all over the world?

There was a very long period of time where a lot of people were feeling a little disappointed with the whole undertaking. The first human genome was published in 2001, and there were lots of promises made about treating diseases, and so on. But none of that was really working out as quickly as people wanted. Also, it turned out that genomes are a lot more complicated than anybody realized, and that it wasn’t gonna be as easy to decipher them as people had thought. It’s really only been in the past two years that things have really taken off. And the acceleration now is actually kind of unbelievable. The cost of DNA sequencing just keeps getting cheaper and cheaper and cheaper. It’s actually kind of mind-blowing.

For how long have you wanted to sequence your own genome, and when did you realize it was possible for you to do it?

Ever since the first whole human genome was published I’ve been curious to know what it would be like to look at my own genome. But it was kind of a ridiculous idea, because at the time it cost something like a gazillion dollars. And then you watch the cost come down, and down, and you start to think that it could be something that might happen some day. And then by happenstance I got invited to a meeting where they were gonna talk about genomes and medicine, and one of the things they offered was to sequence and interpret your genome for about $2800. So I said, “How about we turn this into a series of stories?”

Your genome contains the gene E1b1b1, which means you are a part of the genetic group E-M215, one of the major sources of both Ashkenazic and Sephardic Jewish genes. Yet the gene originates in the Horn of Africa. Did this genetic project make you feel closer to your Jewish heritage or your Jewish ancestors? Do you now feel equally close to your African ancestors?

We all have thousands upon thousands of ancestors — none of us is some sort of purebred. It certainly didn’t surprise me that I had that particular Y chromosome, because as you say it is common among Ashkenazi Jews, so that was consistent. But it could have very well turned out very differently, just because of Jewish history. I could very well have had a Y chromosome that traced to Italy, for example. That would not detract from my overall history. It just makes it more complex. Two thousand years ago there was no such thing as Ashkenazi Jews. The genetic evidence in my genome and in the genomes of other Ashkenazis who’ve been studied is that there were people who moved from the Levant into southern Europe. Then, about a thousand years ago, there was a lot of mixing with people who were already there, and there was a movement north and east. Then there was more mixing in northern Europe, and then there was this group of people that identified themselves as Jewish. It’s not hard to identify someone with Ashkenazi heritage [when looking at their genes]. But that only tells you about a connection with a group of people who, as a people, only came into existence in the last 1,000 or 1,500 years.

One of the things that’s been interesting to follow as it gets easier to trace your genetic heritage is the tension between how people construct their identities as they grow up, and how that comes into conflict with, or how they change their identities once they find out they are X% of something, or Y% of something else. Have you felt that tension at all, and have you changed how you feel about your Jewish heritage, or any other heritage that you claim?

My father is Jewish, my mother is from a northern European Catholic background, so I always considered myself a mix. My mother has on her side lots of people that came over on the Mayflower — lots of Massachusetts Puritans on her side of the family. I guess I always sort of envisioned myself like that, as having come out of that ancestry. It turns I’m probably not terribly English at all. [The testing showed that] I’m 23% Italian, which is not in anybody’s genealogy that we know of. I’ve been talking about it with my family, and they kind of shrugged their shoulders and said, maybe your past isn’t what you thought it was, at least genetically speaking. Your DNA is not absolutely equivalent with your identity or your history. It’s certainly a part of who you are, but it’s not overriding.

One of the memorable scenes in the Game of Genomes series — and there are many — is a moment at the very beginning, when Yale University geneticist Mark Gerstein points at the hard drive containing your genome data in a massive spreadsheet file and says, “This is Carl Zimmer.” Did it take time to feel that the data you were seeing, and the results you were getting from the geneticists, had anything to do with you, or was it easily to realize that this was just another part of who you are?

It took a long time, because there’s so much about the genome and variations in the genome that scientists just don’t understand. Between you and me, for example, there would be a couple million genetic differences, at least, maybe even more. If you were to go through each of those differences, [scientists] would go, “I don’t know what that’s for, not sure what that is, that’s involved in metabolizing carbohydrates but I don’t really know what it does.” So for the most part you’re looking at a document that’s pretty unreadable.

It was very useful to see just how early we still are in this science. I thought that getting my genome sequenced would be like getting my photograph taken — they would just sort of put a camera in front of my face and take a picture, and that’s that. But the fact is that genome sequencing is still not totally precise by any means. There are very accurate tests for individual genes. If you are worried you have Huntington’s disease, there are specific tests for that specific disease. But if you just get your whole genome done, it’s gonna be fuzzy.

What’s next for Game of Genomes, and your genetic code?

The great thing about getting your genome sequenced is that you can always go back to it and learn more from it as science moves forward. When I come across a new scientific paper that identifies some variant in the human genome with some condition, a risk of disease, or something having to do with height or intelligence or what have you, I’m always curious to see, do I have that?

Has anyone else in your family seen what you’ve done and decided that they now want to get their genome sequenced?

Nobody’s been ponying up a few thousand dollars to get their whole genome sequenced. But we have had a flurry of orders for Ancestry.com to try and get to the bottom of this mysterious Italian ancestry. But it hasn’t really cleared things up yet. We’re still scratching our heads.

This interview has been edited and condensed for style and clarity.

This article has been corrected to reflect the following change: 23andMe offers genotyping services, not partial genetic sequencing.