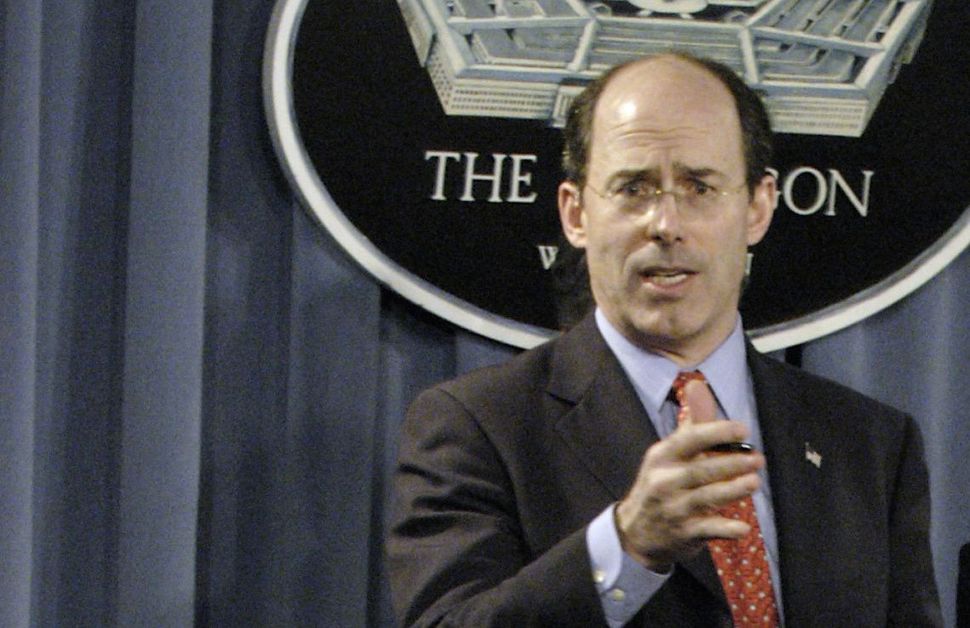 Here’s the bottom line: Yes, General Joseph P. Schmitz, who is a top foreign policy advisor to Donald Trump, stands accused of anti-Semitism, by not one but two staffers at the Pentagon. But that’s not quite the whole story.

In an official complaint presented to the Merit Systems Protection Board (MSPB), Daniel Meyer, a top official in the office of the Inspector General of the Intelligence Community, included statements made by a former Pentagon official that accused Schmitz of making anti-Semitic remarks and denying the Holocaust.

However, when McClatchyDC first reported this information, the language in its report led some to interpret the article as saying that Meyer had filed the complaint as a personal matter. In fact, per Meyer’s role as the executive director for Intelligence Community Whistleblowing and Source Protection in the office of the Inspector General of the Intelligence Community, he filed the complaint on behalf of John Crane, who had served as Schmitz’s assistant.

Things became confusing when an op-ed published in the conservative blog Red State stated that Meyer had disputed even making the complaint, and that he and Schmitz “have remained on very friendly terms since Schmitz hired and swore him in during his time as Inspector General.”

Schmitz then refuted the accusations of anti-Semitism to McClatchyDC reporters.

“The allegations are completely false and defamatory,” Schmitz said.

“I do not recall ever even hearing of any ‘allegations of anti-Semitism against [me],’ which would be preposterously false and defamatory because, among other reason(s), I am quite proud of the Jewish heritage of my wife of 38 years,” he included in an email.

However, another source recently accused Schmitz of anti-Semitism, independent of the complaint filed by Meyer, according to McClatchyDC.

David Tenenbaum, who was employed by the Army as an engineer, alleged in a letter to the acting Inspector General that he had evidence that he was discriminated against for being Jewish.

“The anti-Semitic environment began under … Joseph Schmitz,” the letter from Tenenbaum’s lawyer states.

Tenenbaum was the subject of a long investigation by the DoD after which he was fired for allegedly giving government information to Israel. Part of his dismissal was based on a failed polygraph test. According to the Federation of American Scientists, there is no scientific consensus on the validity of polygraph test results.

In 1998 Tenenbaum filed a lawsuit against the Defense Investigative Service for committing “unlawful invidious discrimination and unlawful acts” against him during the course of the investigation into his alleged espionage for Israel. That lawsuit was dismissed in 2002, and though Tenenbaum appealed, the suit was dismissed again in 2010.

It is not yet clear if the accusations of anti-Semitism have a basis in reality — but they are certainly contained in Meyer’s report to the MSPB.

According to an investigation by the Forward, Meyer filed a complaint that included anti-Semitic accusations against Schmitz. The complaint, which was over 40 pages long, included several other accusations as well. Meyer accused top Pentagon officials of removing a line attributing the leak of classified information to the makers of the film Zero Dark Thirty to then-Secretary of Defense, Leon Panetta. Meyer claimed that the DoD officials retaliated against both him and John Crane, Meyer’s former boss, who was at the time of the leak the Assistant Inspector General for Communications and Congressional Liaison in the DoD, according to Crane’s LinkedIn page.

Meyer’s complaint also included allegations that other Pentagon officials — and not Joseph Schmitz — had maintained a culture of discrimination against people who identify as LGBT.

A government official within the DoD who wished to remain anonymous said that Meyer has never been the victim of anti-Semitic attacks while working in the DoD, and that Meyer and Schmitz maintain a cordial, professional relationship.

Trump’s decision to bring Schmitz on as an aide drew criticism from certain corners, since Schmitz resigned from his position as Inspector General for the DoD after revelations that he attempted to obstruct an FBI investigation into another official appointed by Bush to the DoD. Schmitz has also drawn criticism for his ties to Blackwater, the private military contractor, and the Prince Group, which is a holding company for Blackwater.

Schmitz comes from a family that has ties to white supremacist groups. His father, Representative John Schmitz, was a member of the John Birch Society, an far-right conspiracist group. In 1982, the elder Schmitz published a press release called “Senator Schmitz and His Committee Survive Attack of the Bulldykes” in which he described seeing “a sea of hard, Jewish and (arguably) female faces,” at a Los Angeles hearing.