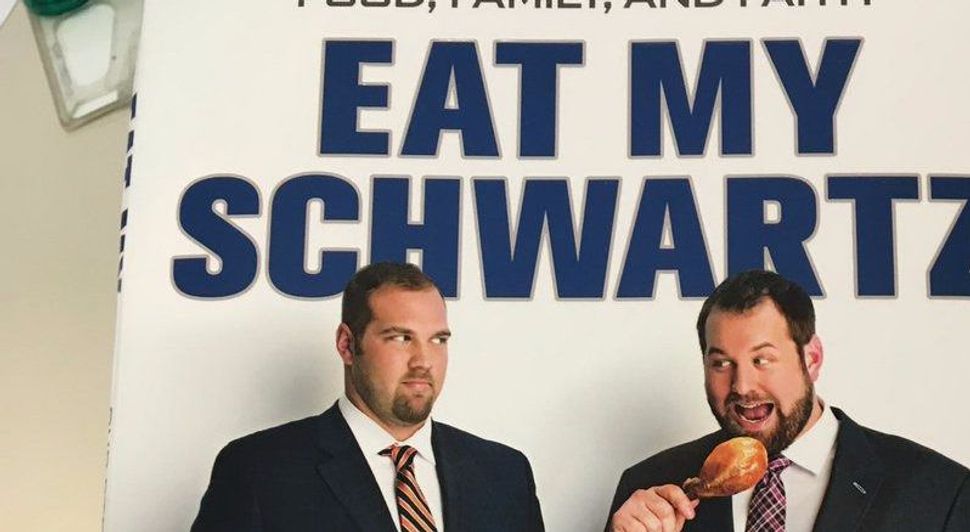 The giant, Jewish, professional-football playing brothers Geoff and Mitch Schwartz are publishing a memoir: Eat My Schwartz: Our Story of NFL Football, Food, Family, and Faith. They have been in the NFL at the same time since the 2012 season, and have played against each other a few times. They were raised in a Conservative home in Los Angeles, attending Hebrew school and observing the holidays. (Both Schwartzes have remained observant into their professional careers.)

The book details their Jewish upbringing, their respect and passion for their shared profession — and their undying love of good food. Here are seven takeaways (hand-offs?) on the brothers Schwartz.

1. Geoff and Mitch are the first Jewish brothers in the NFL in 90 years.

Geoff, who is 30, has been in the league since he was drafted by the Carolina Panthers in 2008. Mitch got picked by the Cleveland Browns in 2012. The 2012 season marked 89 years since the last pair of Jewish brothers played in the NFL. 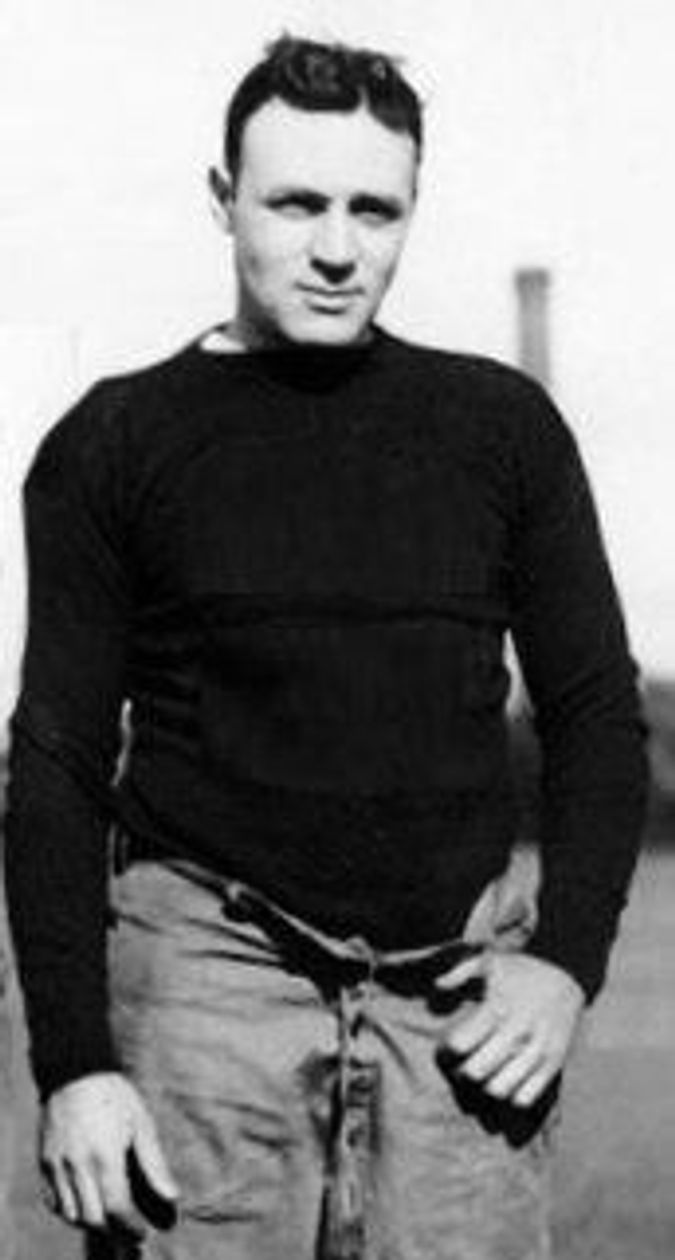 Ralph Horween, brother of Arnold. They played under the Irish name McMahon so as not to attract attention. Image by Wikipedia

They were Ralph and Arnold Horween, two nice Jewish boys from Chicago. They’re father, Isidore, was the founder and owner of the Horween Leather Company, which has been tanning leather continuously in Chicago since 1905. Ralph and Arnold were All-Americans at Harvard, and ended up playing on the same team for one season: the Chicago Cardinals, in 1923. They used a fake last name — McMahon — for the duration of their professional careers, presumably to avoid anti-Semitism.

After 1923, Ralph retired, went to law school, and in 1996 became the first NFL player to live to 100. Arnold took over management of the family leather company, before passing it onto his son, Arnold, Jr., who passed it on to his son, Arnold III.

2. Jews are to the NFL as needles are to haystacks.

From what we could determine, there are 9 active players in the NFL who identify as Jewish. The NFL has about 1700 players, which has Jews constituting just half of one percent of the population. As Mitch writes in his new book, “Numbers like that make me realize that Geoff and I are a rarity.”

“I don’t think I quite understood how important it is to some people that there are Jews who are professional athletes,” he wrote. “I’m starting to realize how big a thing it is in general. It makes sense; all ethnic groups are proud of their members’ achievements. Geoff and I are members of an elite profession.

3. These boys had a serious head start in the heft department.

Talk about zaftig. Both Geoff and Mitchell were too big to join their local youth football leagues, each one weighing in at over 230 pounds and standing over 6’4” at just 15. And besides, Mitch was too busy studying for his bar mitzvah in middle school to think about the gridiron.

4. They give a whole new meaning to the ‘miracle of Hannukah’

Mitch credits their off-the-charts childhood size to their enthusiastic consumption of matzah ball soup and latkes.

“Well, it had to be something,” he told WaitingForNextYear.com. “And we ate a lot of latkes growing up.”

Geoff puts it a little more bluntly: he and his brother are simply “latke addicts.”

5. They have great Hebrew names.

Both Schwartzes were given Hebrew names to go along with their English ones. Geoff is Gedalia Yitzhak, and Mitchell is Mendel.

6. They both play offense — which saved their parents a lot of nervous shvitzing.

The offensive line in football is (somewhat counterintuitively) the really big guys whose job it is to defend the quarterback while he’s trying to make a pass. Since both Geoff and Mitchell are both on the offensive line — Geoff is a guard and Mitch is a tackle — they have never directly squared off against one another.

But their teams have played against each other a couple times. For an October 2013 game that pitted Geoff’s Kansas City Chiefs against Mitch’s Cleveland Browns — circled on the calendar since the previous April — their mother, Olivia Goodkin, made a special half-and-half jersey.

7. They’re not lawyers or doctors — yet! — but their parents are still proud.

As their father Lee told the Jewish Journal, “I just kvell.”