You Know It’s a Jewish Football Team When… 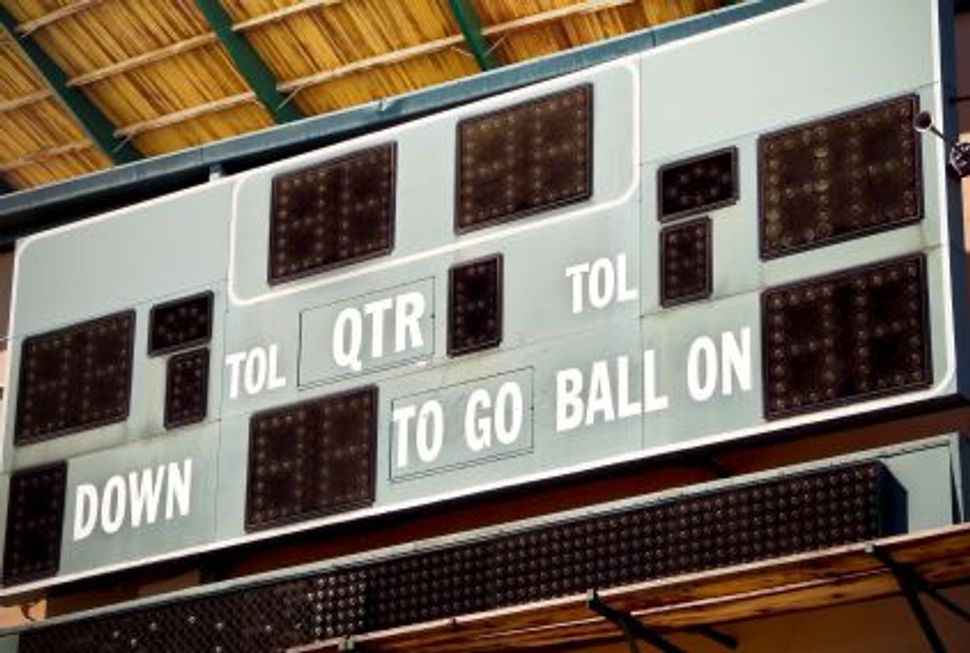 It was Monday Night Football at the North Miami Stadium on October 17 as Lipson Hillel Community High School played against David Posnack Hebrew Day School in the 3rd annual Kiddush Cup game, which traditionally takes place during the intermediate days of Sukkot. The Hillel Hurricanes from North Miami Beach shut out the Posnack Rams from Plantation with a score of 51-0. Hillel is now 3-0 all-time in the Kiddush Cup, and it finished the 2010 season with a 6-1 record, which is very respectable for a football program that is only 3-years-old.

The rest of the season, the Jewish teams play other schools, and the Hillel and Posnack student athletes reportedly use their Hebrew language skills to their advantage out on the field. Hillel quarterback Jake Najjar shared with a sportswriter that the Jewish kids do snap counts in Hebrew, confounding their opponents. “We use Hebrew snap counts all the time,” Najjar said. “It gives us a big advantage, because [other teams] have no idea what we’re talking about.”

This tactic, of course, does not work against the Rams, whose players also learn Hebrew at school and whom many of the Hillel players know from youth flag football leagues at the local JCC. “But against Posnack, we have to change that because they speak Hebrew, too. So we change what the number means. “Shalosh” [three] means two against Posnack,” Najjar explained. “It’s just funny, because what other school, or what other kid in Florida knows what we’re talking about? We definitely laugh about it in the huddle all the time, try to make jokes.”

Now that Najjar has just revealed his team’s top-secret Hebrew snap count code, he and his teammates will need to come up with a new one before next Sukkot.

You Know It’s a Jewish Football Team When…