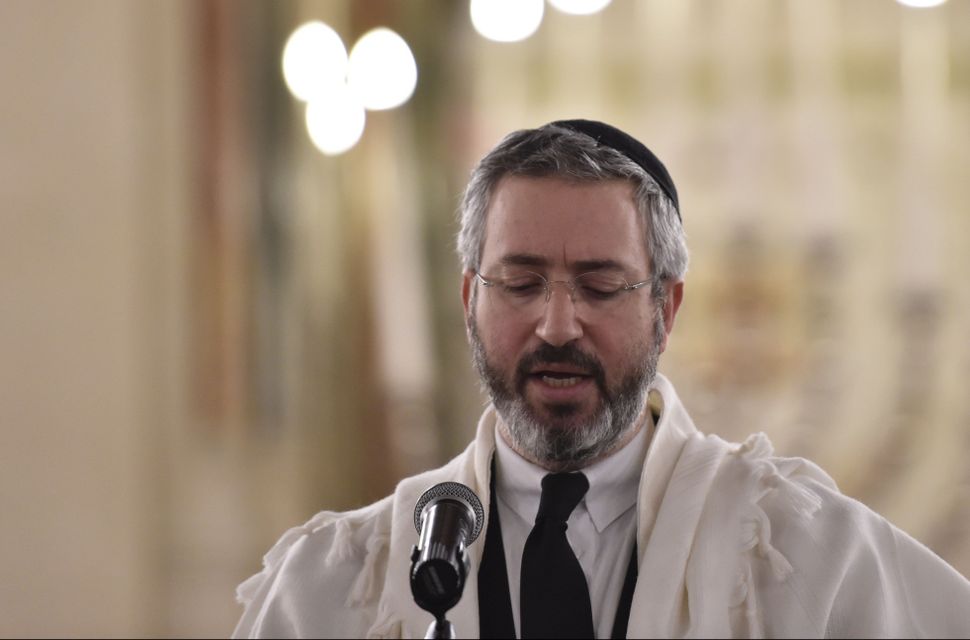 Rabbi Moshe Sebbag is no stranger to the world of politics. As chief rabbi of France’s historic and prestigious Grande Synagogue de Paris, the Israeli-born cleric is invited regularly to political functions, including events with senior ministers. But for all this, Sebbag appeared shaken at the furor that followed his embrace of the bans on burkinis by 15 French municipalities. (A French court subsequently reversed the ban.)

In his August 23 interview with JTA, Sebbag, acknowledged, “It’s a complicated subject and both sides have compelling arguments.” But amid a pervasive atmosphere of fear in France following a string recent terrorist attacks, he said the municipalities’ mayors “understood this is not about women’s liberty to dress modestly but a statement as to who will rule here tomorrow.” Asked if he agreed with the bans, Sebbag said: “Yes, because you see that going with it [a burkini] is not innocent, it’s sending a message.”

In an exclusive interview with the Forward on September 1, Sebbag sought to roll back that message.

Sandra Ifraimova: How do you view the reaction to your remarks about the burkini?

Rabbi Sebbag: I think my words were taken out of context. I was trying to explain this situation from a political level and how politicians in France view our current situation. I understand where the mayor is coming from, but it doesn’t mean that I agree with him. Passing this kind of law is unacceptable. It just screams Islamophobia. But from our current climate and environment, it is understandable.

It came across as Islamophiobic but I was just trying to explain it from a political standpoint.

As a rabbi, I completely understand and support women’s need for modesty in dress and religious garb. But I was also trying to see it from a politician’s standpoint and from people of the state or government.

There are no conflicts between Jews, Muslims and French people in France. We continue to live together in solidarity. As a rabbi, I completely support Muslim women’s desire to wear a burkini. This debate can create harm in relations between Muslim, and Jews and I think our priority at this time is everybody’s safety and we should focus on that.

What inspired you to offer your initial remarks?

Jews understand very well the sentiment of modesty. The world doesn’t understand what goes on in France today. It’s a very difficult situation in France because the terror attacks have changed everyone’s lives, everyone’s mentality and psychology. Political ideas have been affected as well.

It is that change that makes the burkini a sensitive issue, because the burkini gives a connotation of Islamization, and it’s a very tense atmosphere in France today, a lot different than in the USA or Israel. The freedom to wear whatever people want has become a political issue here.

As a rabbi in Paris, I respect secularism but also have the freedom to observe my religion and my rules. Just like Muslim women, it is their freedom and their right to wear whatever they want.

I never said I was “anti burkini”, what I said is that in today’s climate, there has been a phobia of Islam. People are psychologically traumatized from the terrorist attacks in Bataclan, Nice and the sentiment of fear took over. People are no longer rational and can’t see things for what they truly are. There is a real trauma, a real fear and phobia of radical Islam and extremism that is ignited by seeing the burkini all over beaches in France. French people are afraid to lose their own country.

What can or should Jews and Muslim in France ask of each other?

As minorities, we must remain strong and supportive of each other. I think the burkini is hurting Islam [under the current atmosphere]. We have very different religious practices but we all ask for the same respect of our identities, and freedom to practice our religions.

What should Jews expect from the state in terms of its treatment of minorities, of which Jews are one?

The French Government has been doing a remarkable job since the terror attacks. They have drastically increased security measures and there are patrols and armed soldiers in front of synagogues and mosques. The government is trying to do everything to make everybody feel comfortable.

This interview has been translated from the French and edited for style and length.