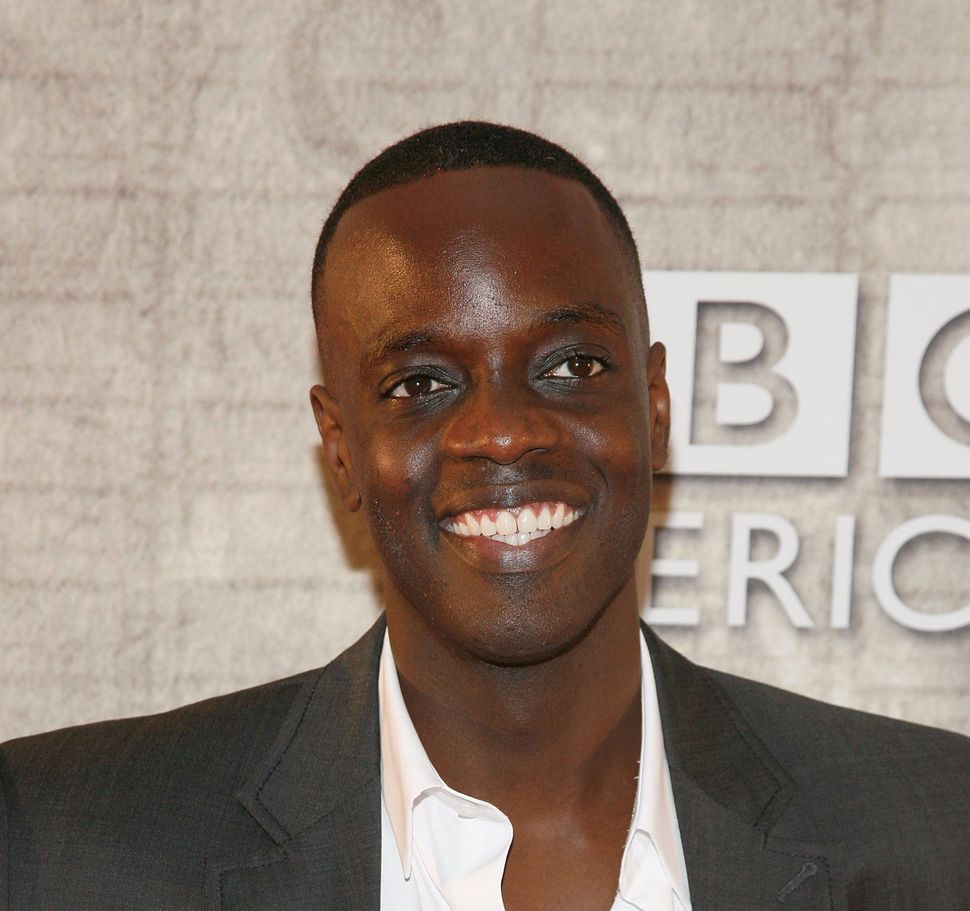 The actor Ato Essandoh is taking on a particularly challenging role in the new NBC drama “Chicago Med,” which centers around life in an emergency room. He not only has to learn how to convincingly play a cardiothoracic surgeon — Essandoh also has to take on the role of an Orthodox Jew.

“His head is never bare. You’ll see him wearing a kippah when he’s not in a surgical hat, and tzitzit. I have a full beard,” Essandoh said in an interview with the Jewish Journal.

Essandoh, whose parents are from Ghana, is not Jewish — but to prepare for his new role he learned Hebrew prayers and how to lay tefillin.

Essandoh said that his character’s Jewishness will be front and center. “They’re not going to gloss over the fact that this is what he does every morning before he comes to work. He’s a devoted Orthodox Jew,” Essandoh said.

In the Jewish Journal interview, Essandoh said: “We shot a scene where it was the Sabbath and he had to work. He can’t touch any machinery, so he’s in his office, sitting in the dark. And he has to have someone press the elevator button.”

Funnye comes from the Hebrew Israelite tradition and leads Beth Shalom B’nai Zaken Ethiopian Hebrew Congregation. Funnye, who is related to First Lady Michelle Obama, is perhaps the best-known African American rabbi in the country and was recently inaugurated as the chief rabbi of a rabbinical board for a group of Hebrew Israelites.

Funnye gave Essandoh a lesson on Jewish laws and rituals. “The information was overwhelming and swimming around in my head. I felt like I was back in Cornell studying organic chemistry,” Essandoh said.

“I’ve gotten a fascinating primer into a lifetime of devotion.”