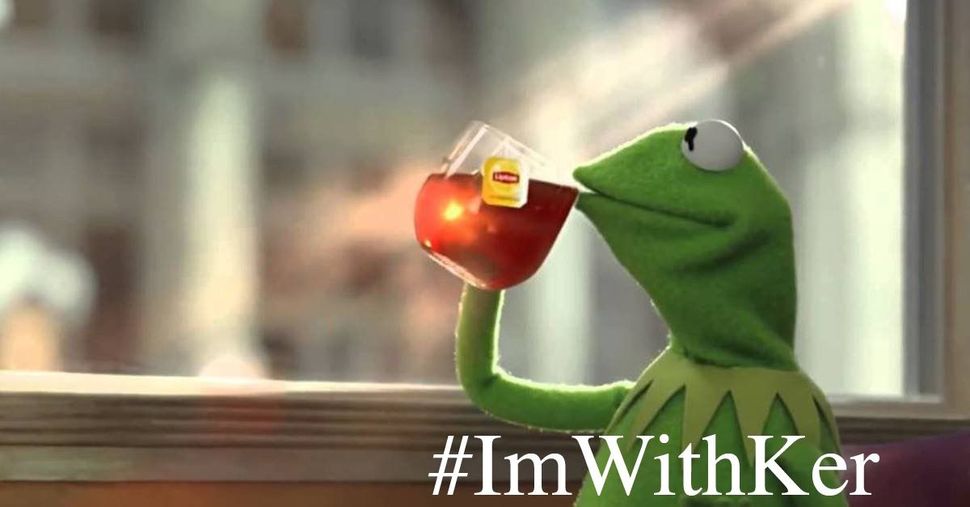 Watch out, Pepe! In a fight against anti-Semitic and racist attacks, Twitter users are now using a secret weapon: Kermit the Frog.

Kermit is framed as an anti-bigotry (but equally green) alternative to Pepe the Frog. Pepe is popular among “alt-right” Twitter trolls and white supremacists, and was recently declared an official hate-symbol by the Anti-Defamation League.

The feel-good counterattack was started earlier this week by Josh Marshall, the creator of Talking Points Memo, a liberal political news site.

I feel like the rest of us need to get behind a canonical pluralism frog to turn back the tide, re-appropriate what’s been lost. pic.twitter.com/bjXTzjR56c

Here are some of our favorite examples

Only one frog soars above the rest as a symbol of hope and possibility. #takingbackthefrog #teamkermit @joshtpm pic.twitter.com/nZQrkqYbyf

#ImWithKer because Sesame Street has known about Donald Grump since I was a kid. pic.twitter.com/aRlz15mOp4

He’s spent YEARS in loyal service to his country (not like that Draft Dodger, Pepe). #ImWithKer pic.twitter.com/TcgD4Ca3kt

#ImWithKer because teaching kids to hate is not ok. pic.twitter.com/EGg3oZbs1I

#ImWithKer because I want something better for us than bigotry. pic.twitter.com/UEaPgzEkGQ