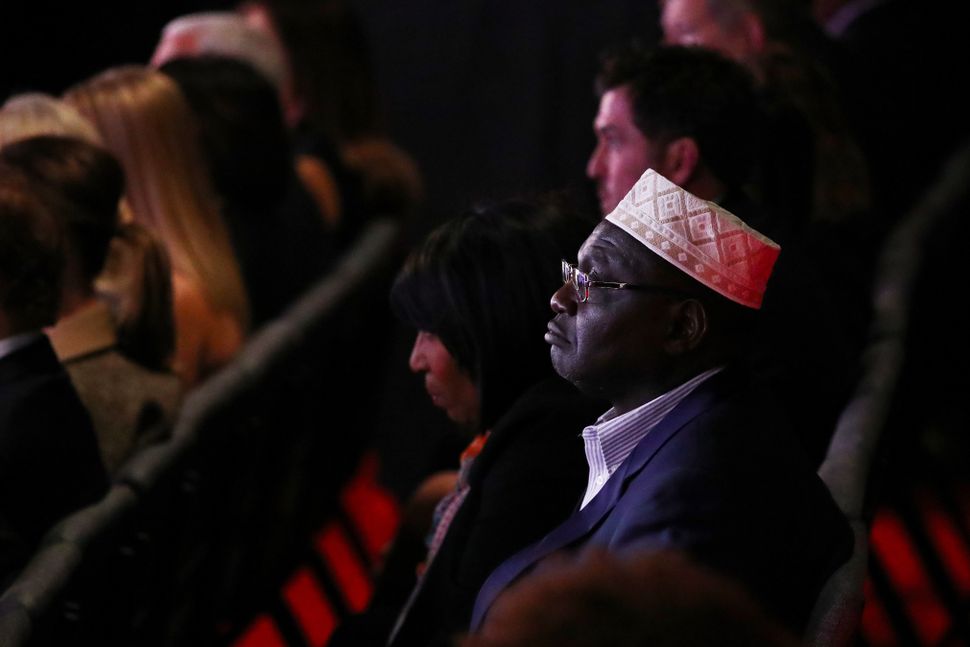 Donald Trump invited President Obama’s half-brother to be a guest of honor at the final presidential debate — despite reports that Malik Obama is a supporter of the anti-Israel Hamas terror movement.

The Republican candidate’s campaign did not respond to a request for comment on a 2010 photo depicting Malik Obama wearing a Palestinian headscarf or keffiyeh, adorned with adoring Arabic slogans praising the Palestinian group.

“Jerusalem is ours — we are coming,” read one slogan. “From the river to the sea,” read another, a reference to Hamas’s charter that calls for the destruction of Israel.

Malik Obama and I hanging post-debate prep today. He told me why he is a Republican and voting for @realDonaldTrump pic.twitter.com/sAGXDj4GHg

First reported in The Daily Mail two years ago, the picture was once featured on the Web site of the Barack H. Obama Foundation, a charity that Malik Obama established in honor of his father, who is also the president’s father. The Times of Israel reposted the photo Wednesday.

Trump apparently invited Malik Obama, who is supporting his run for the White House, in hopes of embarrassing his famous brother, who backs Democrat Hillary Clinton. But the move could backfire on him among pro-Israel groups which consider Hamas to be anathema. 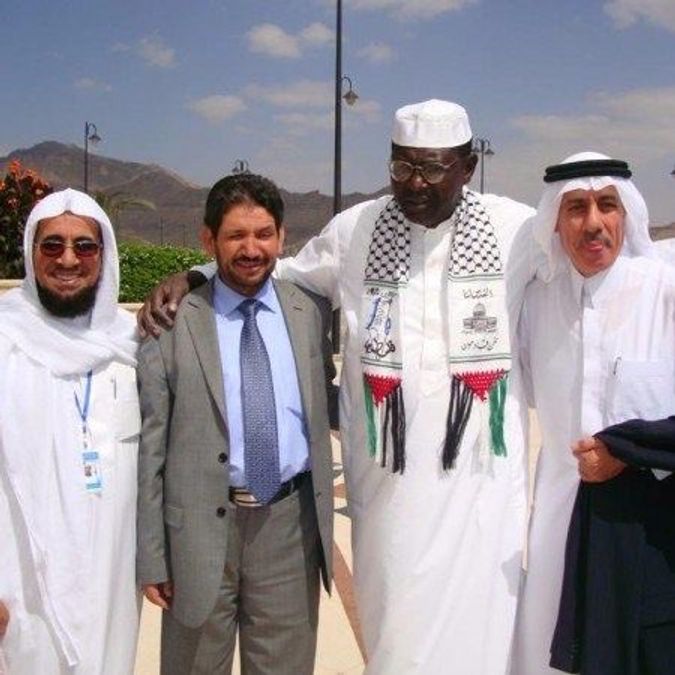 Hamas rules the Gaza Strip with an iron fist and fought a bloody 2014 war with Israel. It has repeatedly been blamed for terrorist attacks on Israel.

The Republican Jewish Coalition also failed to immediatedly respond to requests for comment.

Democrats, perhaps out of sensitivity to Obama, were also tight-lipped. 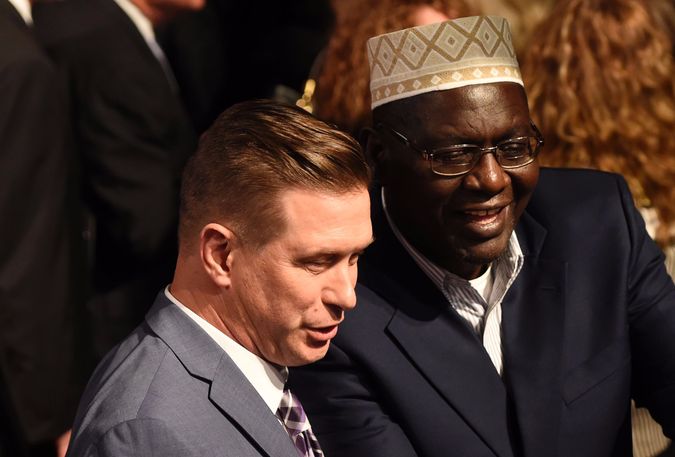 Before the information resurfaced, Trump talked up the invite to the New York Post. “I look very much forward to meeting and being with Malik,” he said. “He gets it far better than his brother.”

Malik Obama returned the favor, telling the paper, “I’m excited to be at the debate. Trump can make America great again.”

“I like Donald Trump because he speaks from the heart,” he added.

Trump has a record of making the debates with Hillary Clinton personal. At the last one, he brought as guests several women who had accused her husband Bill Clinton of sexual improprieties.

Whether his embrace of Barack Obama’s eccentric half-brother will cost him remains to be seen.

As Malik Obama recounted to the Post, he has gripes — personal and political — has with his famous sibling.

Ahead of tonight’s debate, Malik Obama also complained that his half-brother does not pay him enough regard, relating the last time he visited the White House last year.

“I went to the White House to say hello. I paid a courtesy call,” he said. “As usual, it was a hands-off kind of thing, very businesslike, very formal.”

With the November election three weeks away, President Obama has taken to the campaign trail as a leading surrogate for Clinton. On Tuesday, the leader blasted Trump for alleging the race might be rigged, advising him to “stop whining and go try and make his case to get votes.”