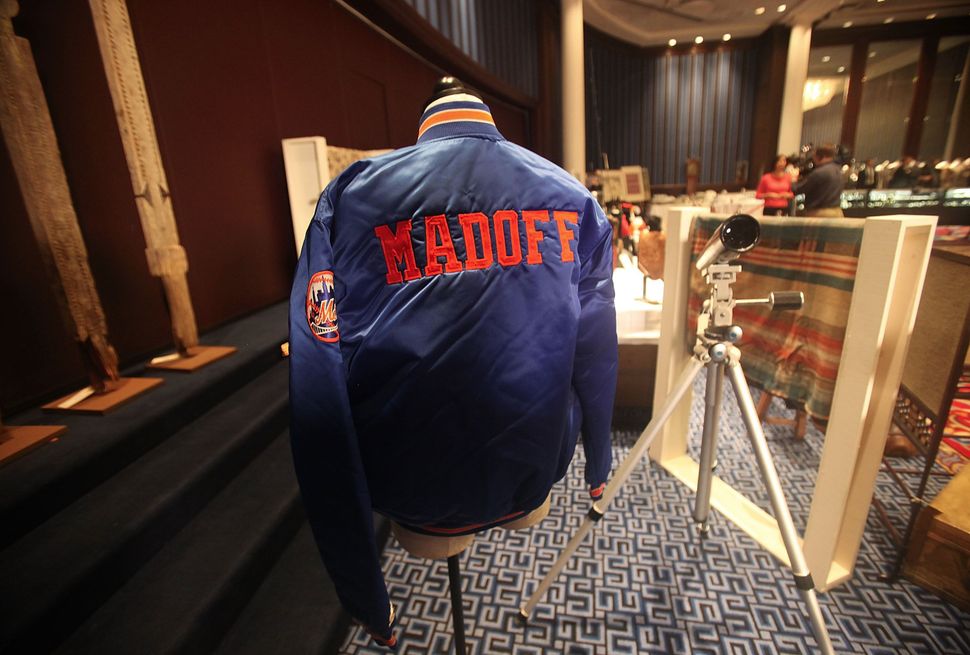 Bernard Madoff has been in federal custody for eight years, but much of the $17 billion invested in his Ponzi scheme is still missing.

Last week, attorneys recovered another $277 million of the missing assets through a settlement with the estate of a money manager named Stanley Chais, a once-prominent Jewish philanthropist whose phone number was literally on Madoff’s speed dial.

Chais, who died in 2010, had seats on the boards of trustees of American Jewish Joint Distribution Committee, the Technion and the Hebrew University, among other charities. His foundation, the Chais Family Foundation, funded Jewish and Israeli causes.

Chais was also a money manager, who dropped hundreds of millions of dollars of his client’s funds into Madoff’s Ponzi scheme. The clients weren’t informed that it was Madoff who was actually managing their money.

One investor who lost her shirt to Madoff through Chais’s fund is Loretta Weinberg, the majority leader of the New Jersey State Senate.

After Madoff’s scheme blew up in 2008, Chais’s charity shut its doors. His attorney maintained that Chais had not known that Madoff’s investment firm was a fraud, and argued that he, too, was a Madoff victim.

Yet Chais drew intense scrutiny from regulators in the final years of his life. A search of Madoff’s offices found Chais’s phone number was at the top of a speed dial list. Chais was investigated, but never charged, by federal prosecutors.

In his lawsuit filed against Chais in 2009, Irving Picard, the trustee in the Madoff bankruptcy, argued that Madoff essentially paid Chais off by awarding him exorbitantly high rates of return on the personal and corporate accounts that he maintained at the Madoff firm.

“[T]he substantially higher returns reported on the Chais Family Accounts were a form of compensation by Madoff to Chais for perpetuating the Ponzi scheme by investing and maintaining millions of dollars of other people’s money in” Madoff’s funds, Picard alleged.

At the time of his death, Chais was the target of lawsuits filed by the Securities and Exchange Commission and the attorney general of California, in addition to the lawsuit brought by Picard.

The new agreement, announced October 28, settles both the Picard lawsuit and the lawsuit brought by California’s attorney general. Chais’s estate has agreed to pay $262 million in cash and other assets to the fund overseen by Picard, and another $15 million to the California attorney general. The California cash will benefit investors in Chais’s fund, while the larger share will go to a pool being divided between direct investors in Madoff’s funds.

The New York Times reported that the $277 million settlement represents essentially all of the assets Chais left behind.

Once a judge approves the settlement, Picard will have recovered $11.4 billion of the $17 billion invested with Madoff. Of the recovered funds, $9.5 billion has been paid out to Madoff’s victims.