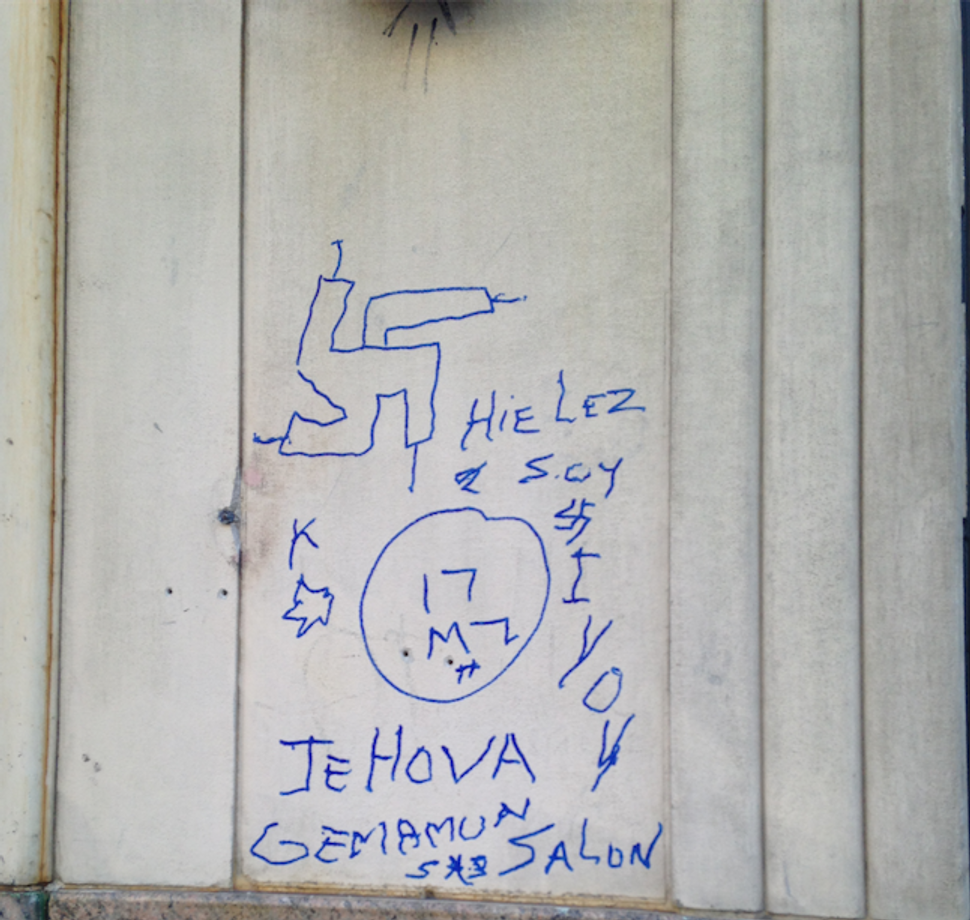 The swastika sighted this week on 104th Street and Broadway in Manhattan was one of several hateful scrawlings in the neighborhood, according to local reports.

A number of buildings and phone booths between 104th and 105th Streets on Broadway were tagged with swastikas, “KKK” and “Nazi,” DNAInfo reported. All the graffiti appeared to be done in blue marker.

Drawing a swastika on a building without permission is a felony in New York.

All the graffiti appeared to be drawn in the same blue marker.

Hate crimes have been on the rise since Donald Trump’s election, with the New York City Police Department saying that bias incidents spiked by more than a third in November. Anti-Semitic vandalism has been found in several Brooklyn parks, the lobby of New York State Sen. Brad Hoylman’s apartment building, the lobby of an apartment building in the Hasidic section of Williamsburg and on the side of a No. 1 train in Manhattan.

In response to the incidents, New York Gov. Andrew Cuomo created a new unit within the state police to investigate hate crimes, which said he said his administration will not tolerate. “We will prosecute, to the fullest extent of the law, the perpetrators of any of this ugliness and divisiveness. Because it’s not happening in this state,” he promised, speaking at a black church in Harlem in November.