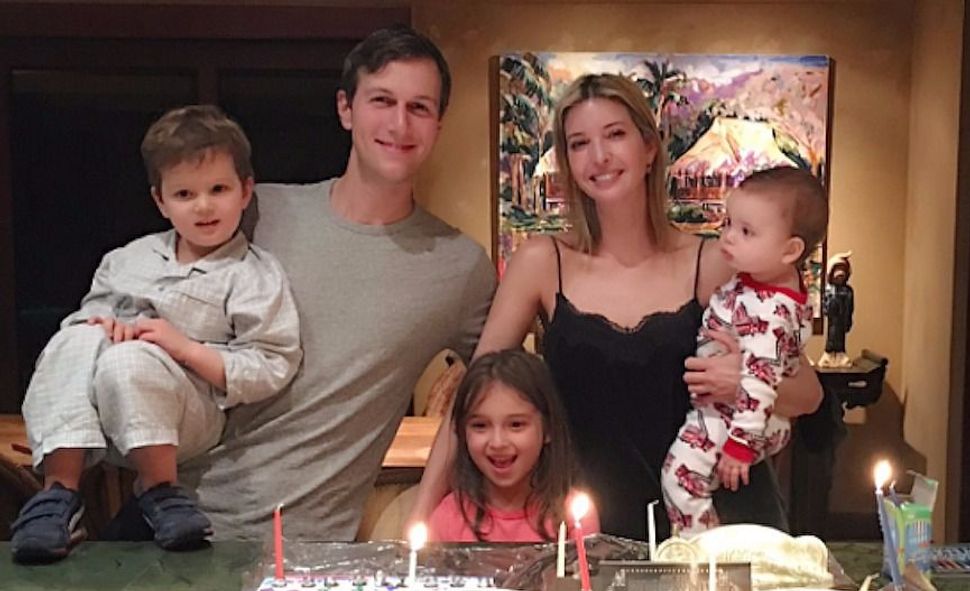 Ivanka Trump and Jared Kushner have settled on a home in Washington, D.C. — a mansion right around the block from where President Barack Obama and his family will soon live. And now the question looms, which school will the couple’s three children attend?

As Orthodox Jews, it’s likely the two will opt to send their kids to Jewish day school, to give the children a fully rounded education in the faith. Kushner himself went to the Frisch School, a Modern Orthodox yeshiva in his native New Jersey.

There’s a rumor currently swirling that their oldest, five-year-old Arabella, will be enrolled in the Jewish Primary Day School, a nondenominational institution located in the capital’s Brightwood neighborhood. It’s a place where power brokers including ex-Connecticut Senator Joe Lieberman and former White House Chief of Staff Rahm Emanuel’s children sent their children. Elena Kagan has lit Hanukkah candles there. And it recently received a landmark $20 million donation.

If not, there are more options in the Maryland suburb of Rockville. There’s the Charles E. Smith Jewish Day School, a pluralistic institution named for a local real estate magnate with the largest private enrollment of any metro area school. And if the two want a Modern Orthodox school, there’s the Berman Hebrew Academy, which occupies a space that once belonged to a local public school.

From their home in the Kalorama neighborhood, the Jewish Primary Day School is about four miles away, while the trek to either of the schools in Rockville would be about triple that distance.

And then there’s the world of tony non-Jewish private schools that draw Washington elites, including Sidwell Friends (where the Obama sisters and Chelsea Clinton went) and a bevy of others, among them the National Cathedral School for Girls, Georgetown Day School and the Saint Albans’ School for Boys.

The city also has some good public school options. There’s Stevens Elementary School, where Amy Carter enrolled while her father led the free world, and even the Sela Public Charter School, which is unique in the Washington, D.C. metro area for centering its curriculum around Hebrew language immersion.

But Kushner and Trump have a bit of time to make up their minds. While their daughter Arabella is in the kindergarten zone, her two brothers are a bit off the mark from the classroom — middle child Joseph is three years old, while baby Theodore is a mere nine months out of the womb.