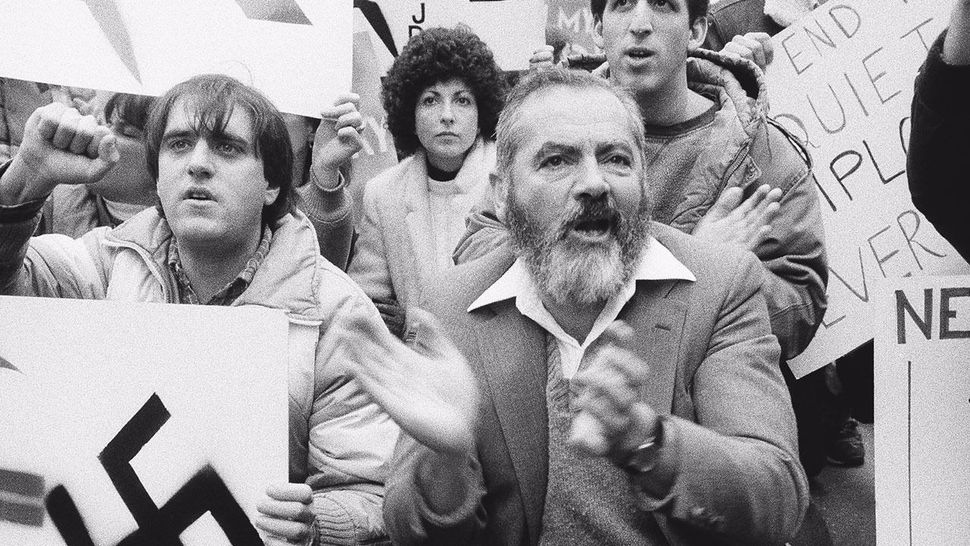 Supporters of the far-right Jewish Defense League, an extremist group angling for a resurgence in the wake of Donald Trump’s election, say they are sympathetic to the white nationalism of the “alt-right” — and have no plans to push back against an anti-Jewish march planned in Whitefish, Montana by a neo-Nazi.

At a New York event for the late JDL leader Meir Kahane, organizer Jonathan Stern told Haaretz that “alt-right” figurehead Richard Spencer was “a white nationalist who stands up for white people and there is nothing wrong with that.”

Stern also said the group has no plans to support activists there ahead of a planned neo-Nazi march, scheduled for later this month. It is still unclear whether the march will actually materialize.

In Whitefish, Spencer’s hometown, liberal activists, including Jews, have organized for years against white supremacists — particularly as the “alt-right” has gained momentum. Spencer’s family owns property here and some locals urged Spencer’s mother to sell her property and denounce her son’s brand of white supremacy.

The “alt-right” and neo-Nazi website the Daily Stormer views this as a sinister Jewish plot is organizing an anti-Jewish armed march in Whitefish to coincide with Martin Luther King, Jr. Day, January 16.

Spencer and the neo-Nazi website cast Spencer and his family as the true victims, the targets of left-wing activists.

Kahane sympathizer Stern called the activist group in Whitefish “a liberal organization” that was “intimidating” Spencer’s mother. “I think that was very low,” he said.

Stern said that there was no budget for Kahanist activists in New York to get there and said there have been no attempts to reach out to Jews in Whitefish.

“So they provoked this guy, and now there is all this response, by white people, and white supremacists, and neo Nazis, and they want to march in the Jewish Community,” Stern said.

“And so I’m trying to figure out what is going on, because if Jews are being targeted, we need to stand up for them. But if this is a response to a liberal organization, it’s a different story,” Stern said. “They started it, let them deal with the consequences.”